Japan on Wednesday doubled its cap on daily arrivals to the country to 20,000 and allowed most to forgo COVID-19 tests and quarantine periods as it continues to ease its strict border controls amid receding worries about the pandemic.

The country exempted travelers from having to isolate and submit to COVID-19 testing upon entry when their journey originated from 98 countries and regions designated as "blue," presenting the lowest risk of infection, including the United States, Britain, China, South Korea, Indonesia and Thailand. 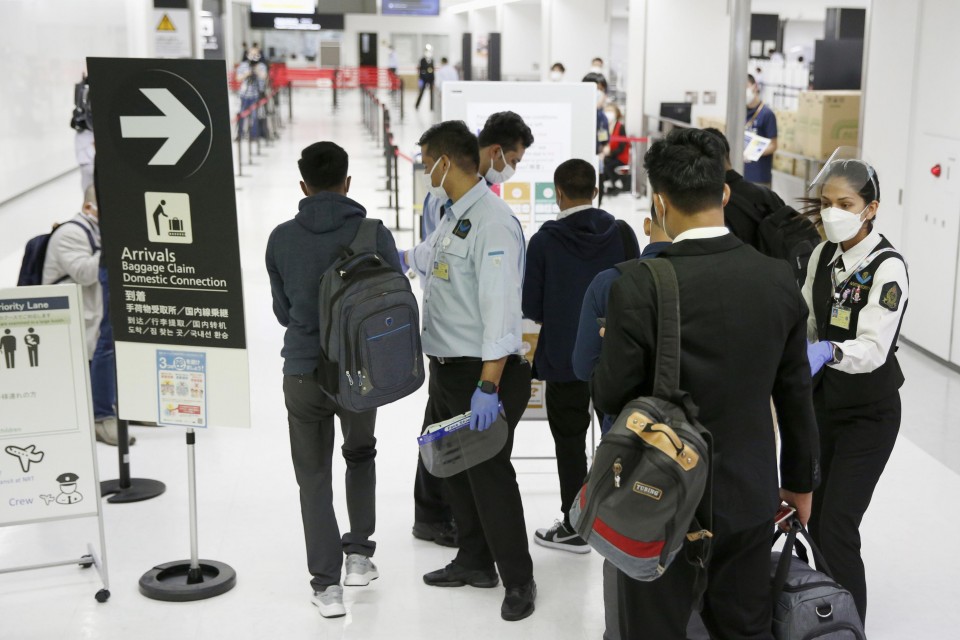 Travelers from overseas are pictured upon arrival at Narita airport in Chiba Prefecture on June 1, 2022. (Kyodo)

People from the 99 countries and regions in the "yellow" group, including Vietnam, India and Brunei, also do not have to go through testing or isolation as long as they have completed three rounds of designated COVID vaccinations, meaning some 80 percent of entrants are exempted.

Those from yellow countries without proof of vaccinations as well as people arriving from the "red" group of Pakistan, Fiji, Albania and Sierra Leone will not be exempted.

The loosening of restrictions comes as Japan seeks to simplify entry requirements for foreign visitors to match other Group of Seven major developed nations after coming under fire at home and abroad for its tough border controls.

Under the plan, arrivals for the purpose of tourism will be initially restricted to guided tours from the blue countries and regions. The forthcoming guided tour participants will be included in the 20,000-per-day arrival quota.

"We would like to continue easing border control measures in steps while balancing infection prevention and social economic activities," said Chief Cabinet Secretary Hirokazu Matsuno at a news conference.

In November last year, the country banned all new entries by foreigners and has since gradually eased restrictions as vaccinations progress at home and as other countries resume international travel.

For those who arrived in Japan on Wednesday, entry was clearly much faster and simpler than before.

"I was able to get to the arrival lobby in about 30 minutes. I didn't think it would be this smooth," said Hideaki Takato, 52, who arrived at Narita airport near Tokyo from Indonesia.

Takato said when he came to Japan in September, he had to wait five hours at the airport and isolate at a hotel for 10 days.

"The economy will start moving once the reception of foreigners progresses," he said.

But it is likely to take some time for the country to reopen its borders to individual tourists as concern lingers within the government over the potential resurgence of infections ahead of the House of Councillors election slated for this summer. 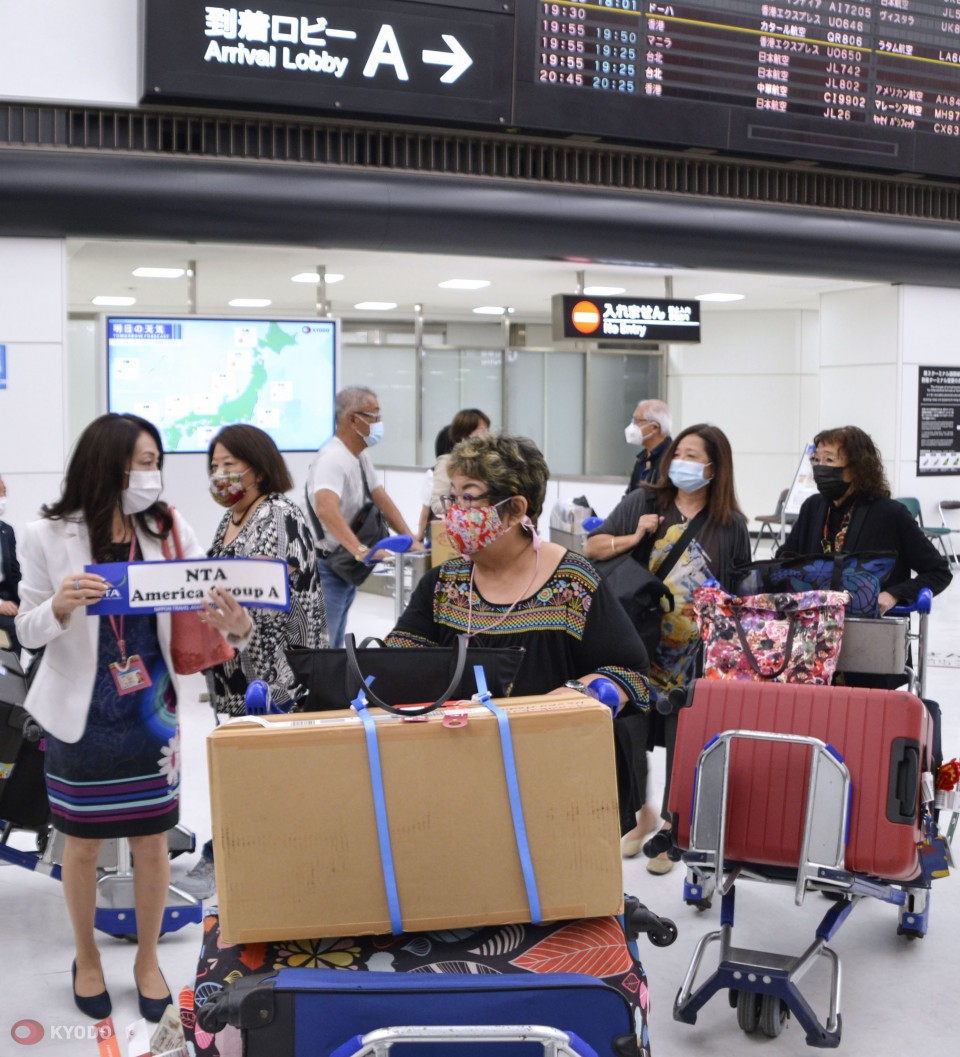 People from the United States taking part in a Japanese government-organized test inbound tour arrive at Narita airport in Chiba Prefecture near Tokyo on May 24, 2022.  (Kyodo) ==Kyodo

Ahead of the resumption of tourist travel, Japan has been conducting test tours for inbound travelers from the United States, Australia, Singapore and Thailand since May 24.

But on Monday, the Japan Tourism Agency said one of four Thais taking part tested positive for the coronavirus, prompting a suspension of their tour. The route of infection is unknown.

Based on the trial, the government plans to create guidelines on anti-virus measures for hotels and other industries before the resumption of inbound tourism, a key driver for Japan's economy before the pandemic's emergence.

Last week, Prime Minister Fumio Kishida told parliament that tourists will be asked to wear face masks and follow other precautions against COVID-19 when they visit.

The government has recently said wearing face masks is not always necessary outside, and it recommends people remove masks when they are more than 2 meters from another person, given the heat and humidity of the coming months and the increased risk of heatstroke.