FEATURE: Japan's smartphone apps aim to provide lifeline to those in isolation

When it comes to loneliness and isolation in Japan, the problem of people dying alone has generally been associated with seniors, but middle-aged working adults who live alone are increasingly worried they could suffer the same fate. Now, technology may be providing a lifeline.

Registration among working people to emergency smartphone app services has been spreading as the younger generation finds themselves more cut off from society with insufficient government support. The growing feeling of isolation has only been exacerbated under the coronavirus pandemic. 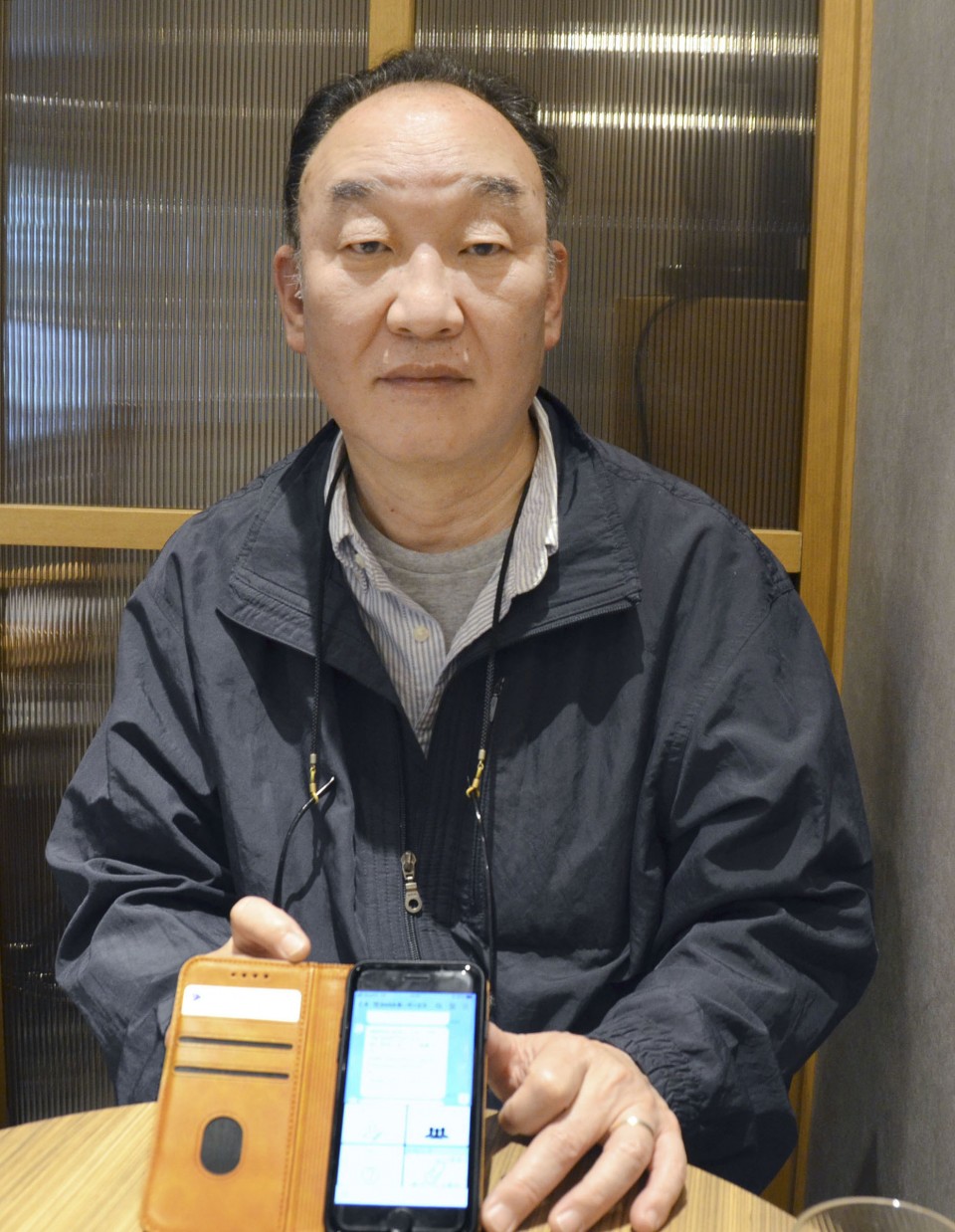 Nonprofit organization founder Isao Konno holds a smartphone screen showing the check-in service he created in Tokyo on May 17, 2022. (Kyodo)

Yoshio Konno, the younger brother of Isao Konno, 62, died a lonely death from hypothermia at the age of 51 in February 2015 while inside his unheated apartment, where he had lived alone. His body lay for a week before being found.

Yoshio was a work-from-home IT professional who neglected himself, knowingly refusing to seek help or access services to meet his physical and mental health needs. During the New Year holidays, Isao remembers being taken aback at how thin his sibling had become.

The older Konno contacted his brother for the last time three days before his death but wishes he had noticed the changes his body had undergone sooner, saying, "Maybe that could have saved him."

To help other people from meeting the same fate, Konno used the experience to propel him to founding a nonprofit organization called Enrich. In November 2018, it launched a monitoring service for adults of all ages through the widely used social media app Line.

As of May, about 5,800 individuals had signed up for the free service, with the majority in their 30s to 50s.

The service automatically sends messages to one's phone at regular intervals to confirm safety. If it does not get an "OK" response from the user within 24 hours, it will check via text or a phone call, and if the person still does not respond, it will then alert emergency contacts.

In April, the government announced the results of a nationwide fact-finding survey involving more than 20,000 adults on the issue of loneliness and isolation. Surprisingly, more respondents in their 20s and 30s said they felt lonely than did elderly survey participants.

The loneliness epidemic had been here long before the coronavirus pandemic, but stay-at-home requests have worsened the situation as people have fewer occasions to meet.

The anxiety of contracting the virus is twofold -- there is both fear of dying due to COVID-19 and the prospect of doing so without anyone there in support. In Japan, there is even a word for death by loneliness and neglect -- kodokushi.

Public health authorities support interventions in elderly one-person households. Still, there is a general lack of support for younger people who seem healthy but might be dealing with loneliness and social isolation -- conditions that are difficult to identify, complex to address and hard to resolve.

Adults grappling with loneliness may also appreciate an app called Link+ created by a Tokyo-based website builder Tera, which also notifies pre-selected contacts when a person fails to respond to their check-in message.

Kensuke Takahashi, the head of Tera, said he caught on the idea of developing the app after a friend who lives alone with a pet expressed a fear of dying at home -- leaving the pet to fend for itself. The app has been downloaded about 800 times to date.

"Not everyone is close with their family, has reliable friends, or has people who care for their health and safety on a daily basis," Takahashi said.