South Korea's ruling People Power Party on Thursday was declared the winner of most of the key local elections held the previous day, boosting the momentum for President Yoon Suk Yeol following his razor-thin victory in the March presidential election.

Of the 17 metropolitan mayoral and gubernatorial posts contested in the elections held across the country, the PPP secured 12, including mayor of Seoul with the re-election of Oh Se Hoon for a fourth term. 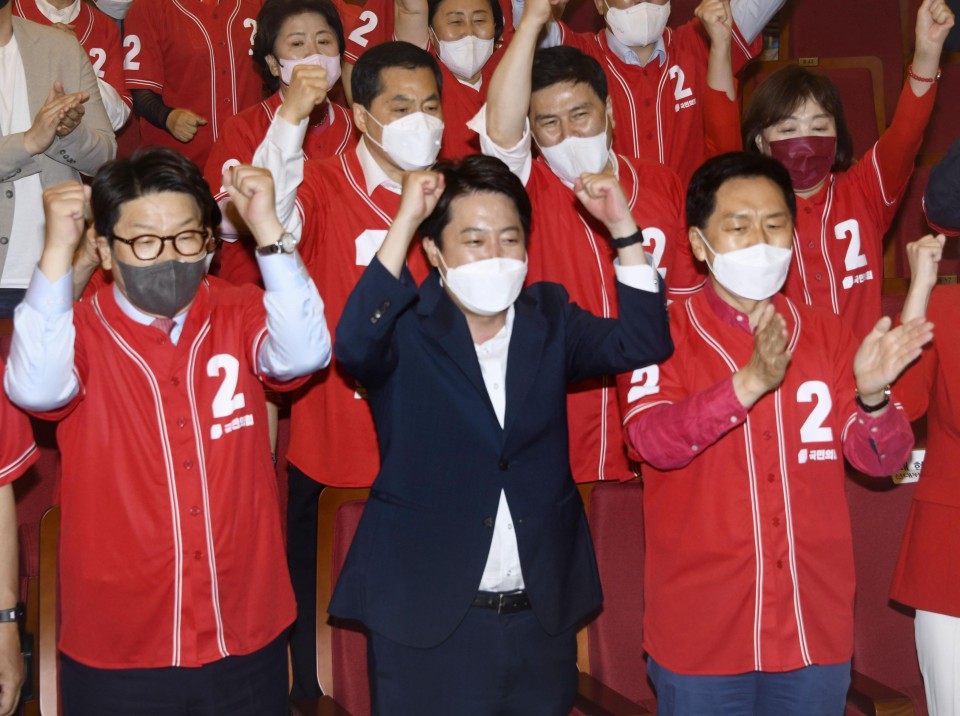 Lee Jun Seok (C), head of South Korea's ruling People Power Party, and others celebrate on June 1, 2022, in Seoul as the party is projected to win more than half of the 17 metropolitan mayoral and gubernatorial posts in local elections. (Kyodo)

Oh garnered about 59 percent of the votes to defeat Song Young Gil of the main opposition Democratic Party.

The elections were being closely watched after Yoon's 0.7 percent margin of victory in the presidential election on March 9.

The ruling party's showing will likely prompt Yoon to pursue bolder policies, amid growing expectations for an improvement in ties between South Korea and Japan after Yoon called for a future-oriented approach in bilateral relations.

Among the major contests, the race for Gyeonggi governor was neck and neck until the last minute, with the DP's Kim Dong Yeon eventually beating the PPP's Kim Eun Hye by less than 1 percent.

PPP chairman Lee Jun Seok welcomed the outcome of the elections, saying, "I would like to deeply thank the public and our supporters for enabling us to make huge progress compared with previous local elections."

Lee vowed that his party will do its best to help Yoon's administration succeed in carrying out policies.

Kang In Sun, the presidential spokeswoman, said the administration viewed the election outcome as a reflection of the people's desire for economic revival and the safeguarding of their livelihoods.

Park Ji Hyun, interim chief of the DP, expressed regret over the results, which did not see a marked improvement from the presidential race.

The elections "were the second judgment by the public following the defeat in the presidential election," she said.

The DP, which currently controls the National Assembly, won the local elections previously held in 2018 by a landslide.

In seven parliamentary by-elections also held Wednesday, both Lee Jae Myung, who was the DP's presidential candidate, and Ahn Cheol Soo, who withdrew from the presidential race to support Yoon, won seats.

Lee, who was also the chief of the DP's campaign for the local elections, said he humbly accepted the people's verdict. "I will do my best to regain people's trust," he added.

Of the total eligible voters, 50.9 percent cast ballots in the local elections. 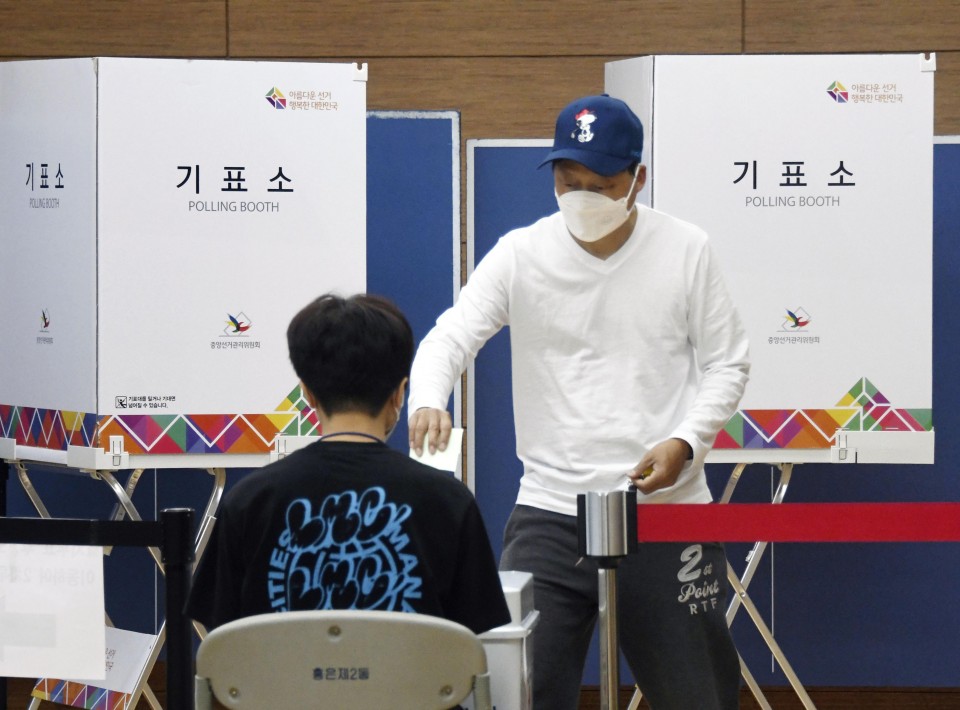 A man casts his ballot at a polling station in Seoul on June 1, 2022, as voting in South Korean local elections and by-elections for parliamentary seats kicks off. (Kyodo)