The defense chiefs of Japan and Australia pledged Wednesday to step up their cooperation in the Indo-Pacific region, where China has been increasing its influence, both militarily and economically. 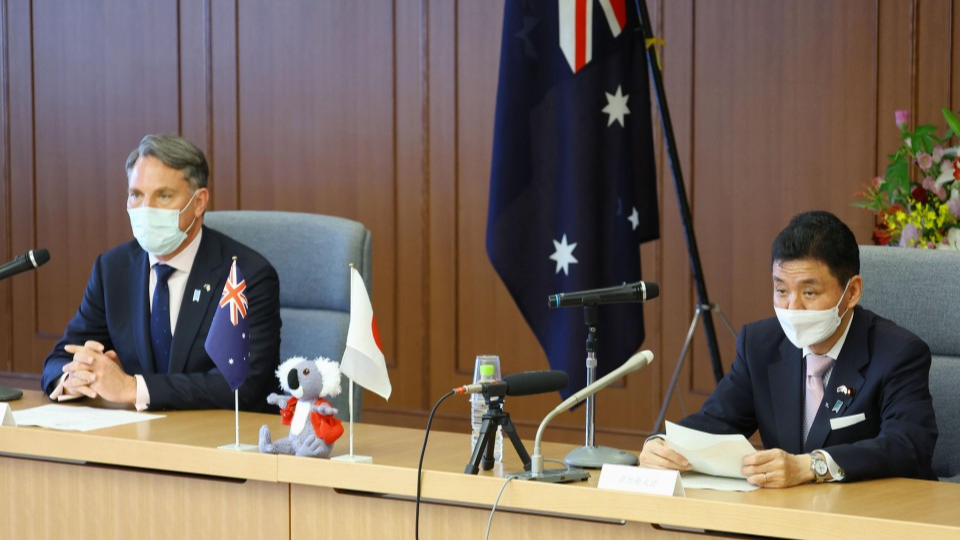 Kishi said the two also agreed to strongly object to any attempts to unilaterally change the status quo by force in the East and South China seas -- a veiled reference to Beijing's maritime assertiveness there.

"Japan and Australia now have a huge responsibility for the peace and stability in the Indo-Pacific region," the minister added.

In January, Japanese Prime Minister Fumio Kishida and then Australian Prime Minister Scott Morrison signed a bilateral reciprocal access agreement intended to facilitate the deployment of troops to each other's country for joint drills and relief operations, although the timing of its implementation has yet to be decided.

"We agreed to deepen our practical defense engagement as we prepare to implement the reciprocal access agreement," Marles said, adding that Canberra and Tokyo will "step up the sophistication" of their joint exercises and activities.

While in Singapore for a security-themed international gathering known as the Shangri-La Dialogue, Kishi and Marles also met bilaterally on Sunday and held trilateral talks involving U.S. Defense Secretary Lloyd Austin on Saturday.