Japanese Prime Minister Fumio Kishida suggested Thursday he is positive toward a significant increase in spending on defense research and development after a group of his ruling party proposed that the government secure 1 trillion yen ($7.4 billion) within five years for that purpose.

"It is an extremely important theme. I will take it very seriously and work positively," Kishida was quoted by Masahisa Sato, secretary general of the Liberal Democratic Party group, as saying.

The group of LDP lawmakers associated with defense issues, which submitted a proposal calling for the increase to the government, also met separately with Defense Minister Nobuo Kishi and Chief Cabinet Secretary Hirokazu Matsuno. 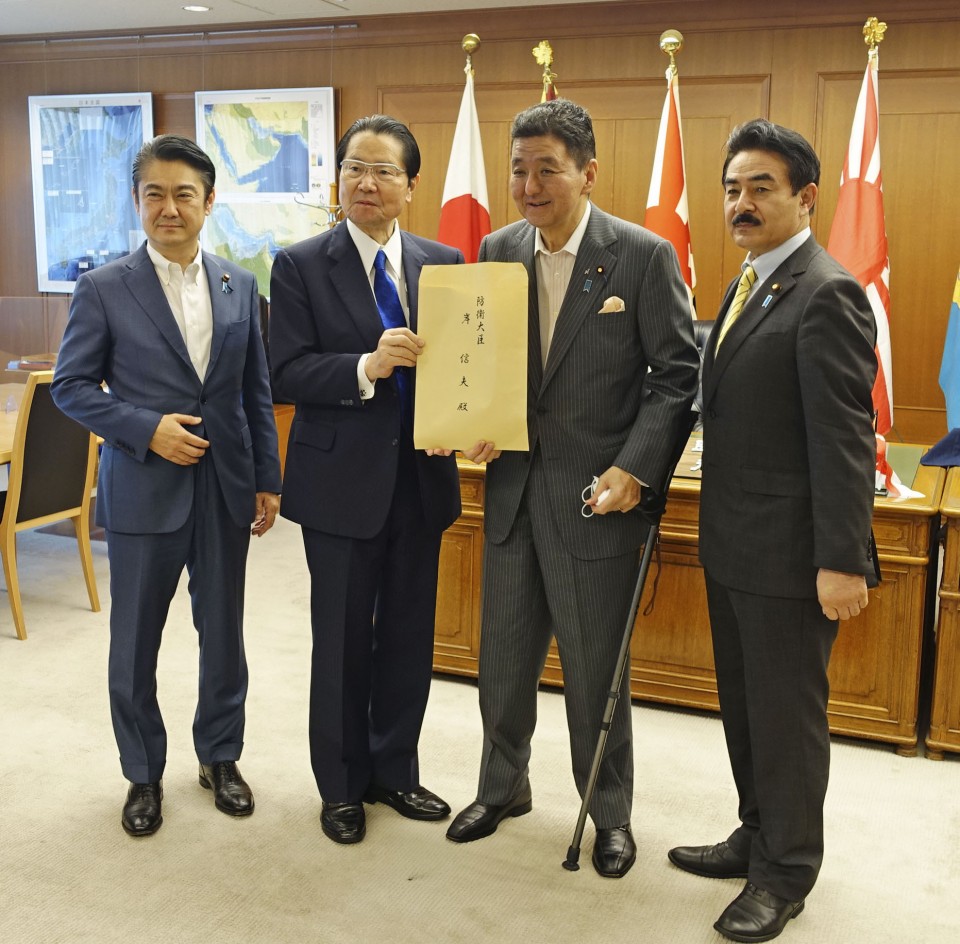 Japanese Defense Minister Nobuo Kishi (C, R) receives proposals from members of a Liberal Democratic Party group at the ministry's headquarters in Tokyo on June 16, 2022, to increase the country's research and development expense for defense technology and secure a budget of 1 trillion yen ($7.4 billion) within five years. (Kyodo) ==Kyodo

It requested that the government consider the increase in the process of revising the National Security Strategy by the end of this year.

Kishi said the government will address the proposal when updating the long-term security guideline as artificial intelligence, quantum technology and drones are playing a huge role in Russia's war on Ukraine.

The document submitted to the government also said the participation of Self-Defense Forces members is essential when the government, companies and scholars collaborate in the security field.

It also said an academic city with an institute tasked with advanced security technologies at its core should be created.