Prime Minister Fumio Kishida and French Emmanuel Macron agreed Wednesday to closely coordinate their responses to Russia's aggression in Ukraine and assistance to the war-torn country.

Kishida told Macron during their phone talks that he attaches great importance to Japan-French cooperation in safeguarding the rules-based international order undermined by Russia's war in Ukraine and realizing a free and open Indo-Pacific, according to the Japanese Foreign Ministry. 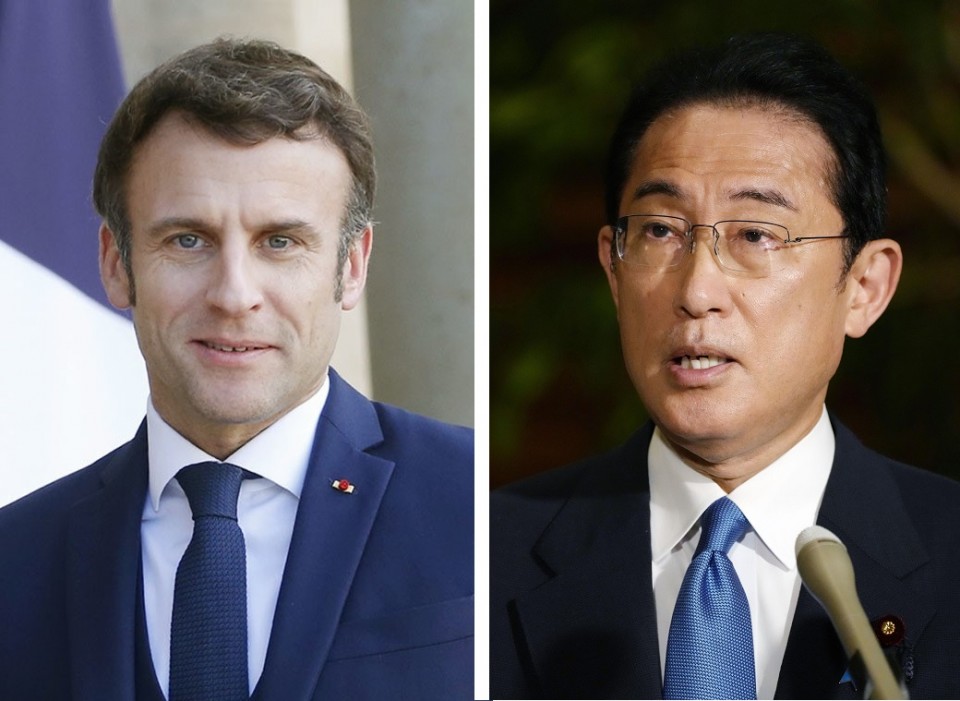 The roughly 25-minute conversation was the first since Macron was re-elected as president in April.

Macron responded by saying that he supports Japan's clear stance over the crisis in Ukraine and expressed hope to deepen bilateral security and economic ties, the ministry said.

The two leaders affirmed the need for the Group of Seven, of which the two countries are members, to enforce sanctions on Russia and continue aid to Ukraine.

Other G-7 members are Britain, Canada, Germany, Italy and the United States plus the European Union.

Kishida and Macron agreed to cooperate in ensuring food and energy security, and in dealing with regional issues such as North Korea.

North Korea has repeatedly fired ballistic missiles, with its neighbors on alert against further provocations including a possible nuclear test, which would be the first since 2017.