House of Representatives Speaker Hiroyuki Hosoda's camp paid several thousand yen per day in cash to local assembly members and others in western Japan during campaigning for last October's lower house election, documents showed Wednesday, in a suspected case of bribery in violation of the election law.

Hosoda, who won a seat in the Oct. 31 lower house election last year in Shimane Prefecture's No. 1 district, recorded the payments as labor expenses, according to campaign expense reports. Labor expenses are usually paid for simple tasks. 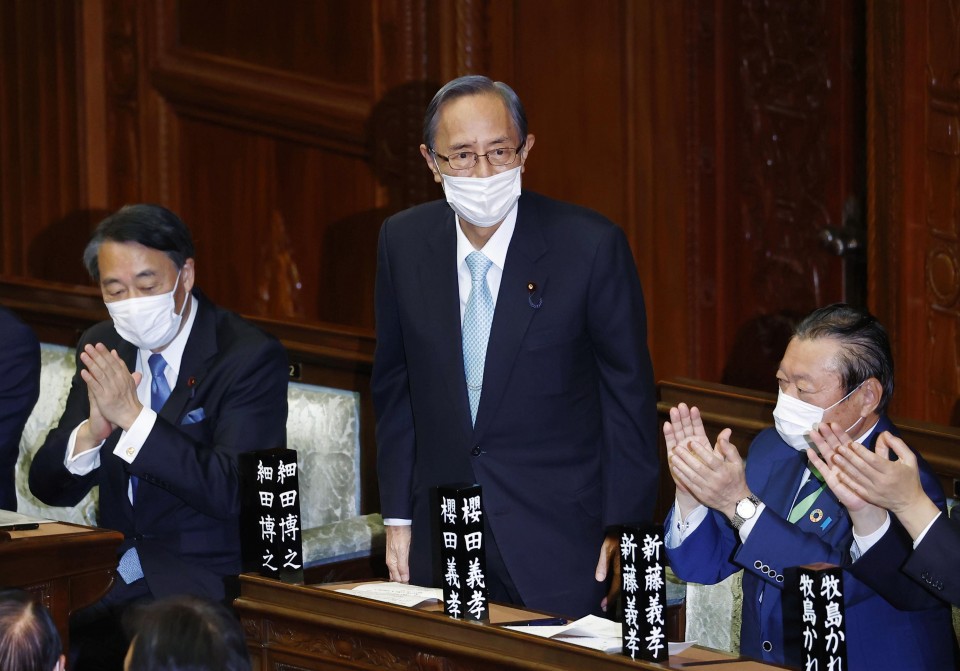 Hiroyuki Hosoda (C) of Japan's ruling Liberal Democratic Party stands after being elected as the House of Representatives' speaker during a plenary session of the lower house in Tokyo on Nov. 10, 2021. (Kyodo) ==Kyodo

The cash was paid to current and former local assembly members of Matsue and other local governments after campaigning began on Oct. 19, 2021, but some recipients have denied any illegality, saying their activities did not "resemble those of campaign workers."

The expenses came to light after a weekly magazine reported Wednesday that Hosoda was suspected of having bribed campaign workers. The Constitutional Democratic Party of Japan, the main opposition party, held meetings with the communications ministry and the Justice Ministry in the Diet the same day.

A Matsue city assemblywoman, who was listed as one of the recipients, told Kyodo News that she received the money as remuneration for putting up posters and did not feel it constituted bribery.

The scandal is the latest to hit the lower house speaker, who was recently reported by a weekly magazine to have sexually harassed women including a reporter and an employee of the ruling Liberal Democratic Party. The CDPJ submitted a no-confidence motion against him Wednesday over the allegations.