FEATURE: Opponents of SDF base on Japan islet fret as it puts down roots

When a unit of the Ground Self-Defense Force was deployed to Japan's westernmost island of Yonaguni for the first time six years ago, it felt like a boon to the remote community, which had long been suffering from a falling population and a weak economy.

The arrival of the troops, many together with their families, has invigorated the sleepy island in many ways: They brought more children to schools, while bars and restaurants boomed and local festivals leaped back to life with more participants. 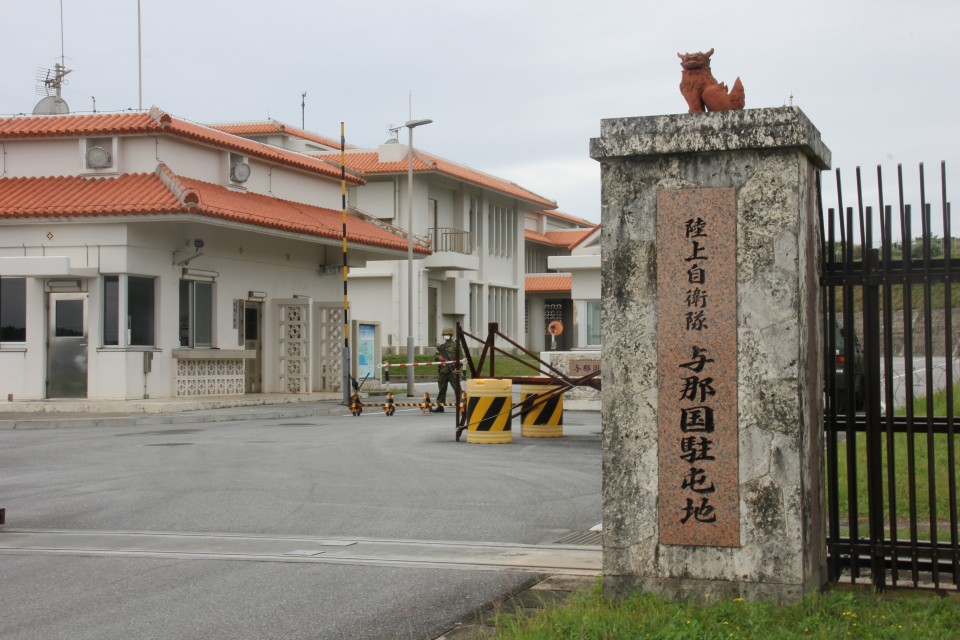 Nevertheless, according to some, that integration into local life has come at a cost. They say it has made it hard to voice concerns over the troops' presence -- concerns that have only grown since Russia's invasion of Ukraine and the fear that Moscow's actions could embolden China to press its own territorial claims more aggressively in nearby waters.

Kyoko Yamaguchi, a 63-year-old resident, was opposed to the base coming to Yonaguni. But since beginning to work with the wives of SDF personnel at a community-run grocery store, she says she has become more reticent about expressing her views.

"They are nice neighbors," Yamaguchi said. "That's why it's become harder to openly voice opposition to the SDF. In a small island like this, human relations always take precedence."

Yonaguni, which is closer to Taiwan than Tokyo, is at the forefront of the SDF's recent strategic shift toward remote islands in the southwest in the face of China's growing military presence in regional waters. 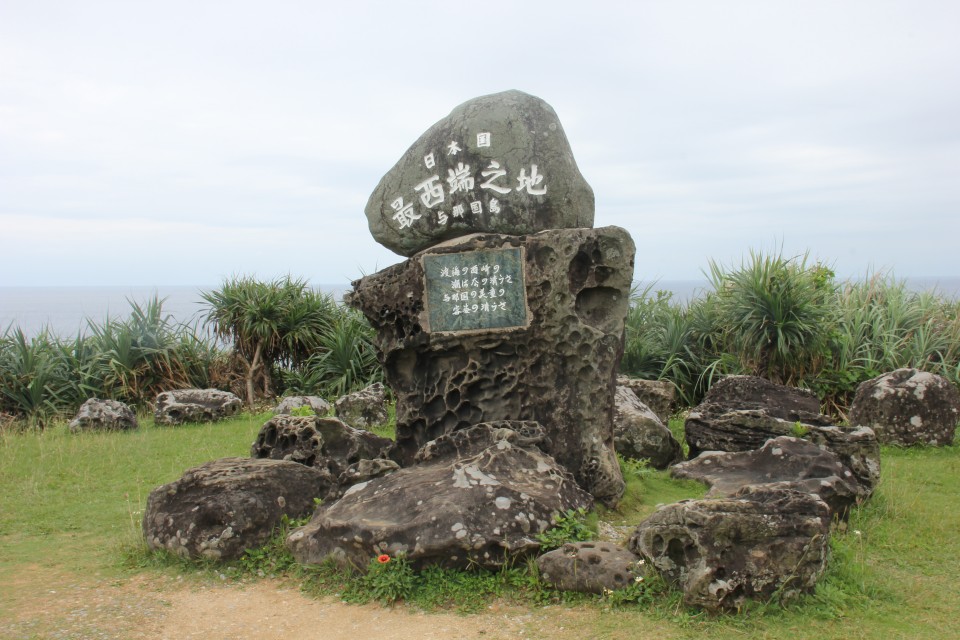 Photo shows a monument built on a cape in Yonaguni, Okinawa Prefecture, that commemorates its westernmost position in Japan on April 20, 2022. (Kyodo)

The island, which is part of Okinawa Prefecture, voted in favor of a proposal to host a base in a referendum in 2015. But the recent invasion of Ukraine by Russia has prompted some of them to reconsider the risk of the island becoming a battlefield in the event that China takes aggressive action against Taiwan.

"Compared with the rest of Japan, we have a greater risk of being attacked because of the base," Yamaguchi said. "But everybody is self-censoring. I want people to know that not all residents are in favor of the SDF."

Once known as "an island only guarded by two pistols" -- those held by two policemen stationed there -- Yonaguni now hosts about 160 GSDF personnel in charge of monitoring waters and airspace near the island, which is only 110 kilometers away from Taiwan and 150 km from the Japan-controlled, China-claimed Senkaku Islands.

On top of the existing GSDF unit, the Air Self-Defense Force has also sent personnel to bolster monitoring activities, while a new GSDF electric warfare unit is expected to be stationed at the base by March 2024.

On the island, with about 1,700 local residents, SDF members and their families now account for about 15 percent of the population. The percentage is likely to increase further with the planned expansion at the outpost.

"They are registered voters so they can influence local elections," said Chiyoki Tasato, a 64-year-old local assembly member who has consistently opposed the SDF presence on the island. "At this rate, people who are against the SDF won't be able to become a politician here." 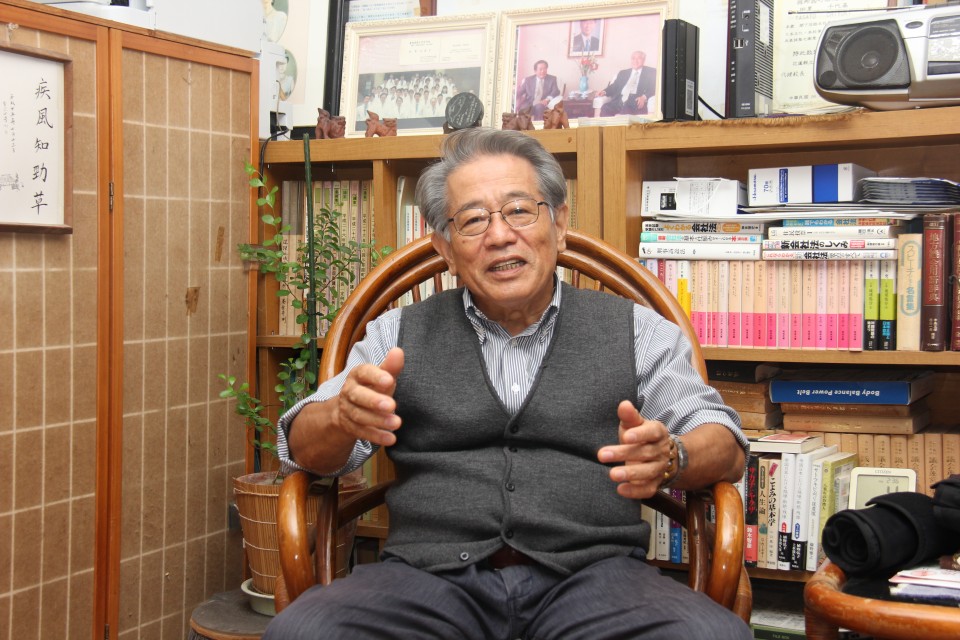 With the SDF and its supporters gaining increasing voting power, residents like Tasato fear that the island may grow to be home to more military facilities, increasing the likelihood that it becomes a target of attack.

"I don't want the base to expand further so I'm trying to act as a brake," Tasato said. "But many people think, 'What's the point of opposing the SDF since the base is already here?'"

In recent years, the SDF has ramped up the deployment of its units on remote islands in Okinawa prefecture. A missile unit was installed at a newly created base on Miyako Island in 2020, while another base is under construction on Ishigaki Island.

"Okinawa's location is extremely important in terms of security," Defense Minister Nobuo Kishi said at a press conference in May. "It is geographically irreplaceable for protecting the Nansei Islands," a chain that includes Okinawa and stretches southwest from Kyushu toward Taiwan.

Tetsuhiro Kinjo, a 66-year-old resident of Ishigaki Island who runs a mango farm near the planned site of the new SDF base, said construction work has been proceeding despite repeated protests from residents. 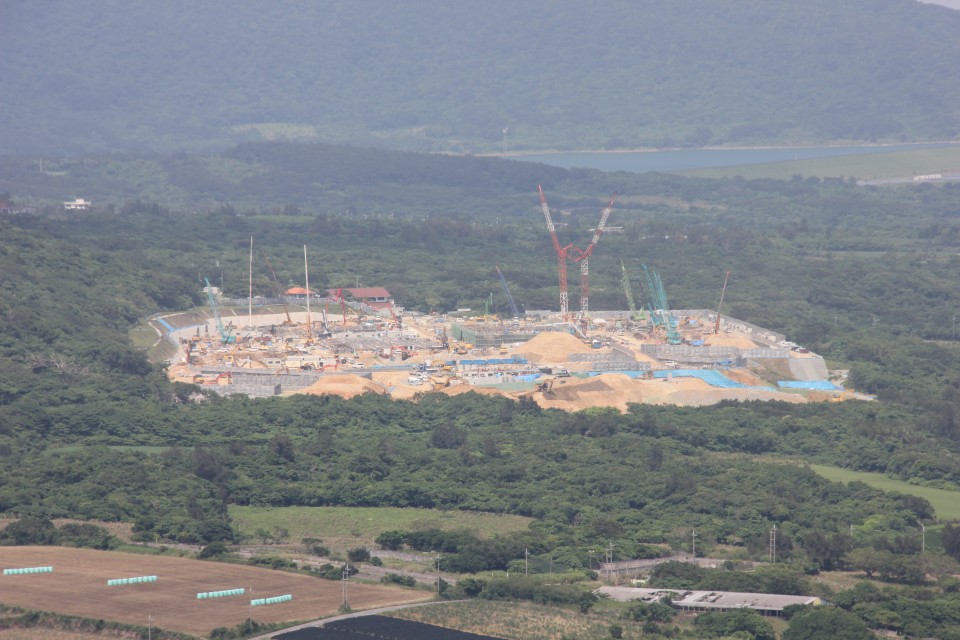 Photo shows a new base for the Ground Self-Defense Force under construction in Ishigaki, Okinawa Prefecture, on April 19, 2022. (Kyodo)

Aside from the noise and possible water contamination from the construction, Kinjo says he is also concerned that the rich natural environment on the island, which attracts tourists from all over the world, could be destroyed if the island is ever drawn into a military conflict.

"I had high hopes when Okinawa returned to Japan from U.S. rule in 1972 because I thought the U.S. military would be gone," Kinjo said. "Fifty years have passed since then, but I think the military presence in Okinawa has been increasing" because of the SDF, he said.

Residents' opinions about the SDF often vary by occupation. Some of the people who firmly pushed for the installation of the SDF were fishermen who feel threatened by Chinese vessels crossing into Japan's territorial waters near the Senkaku Islands. 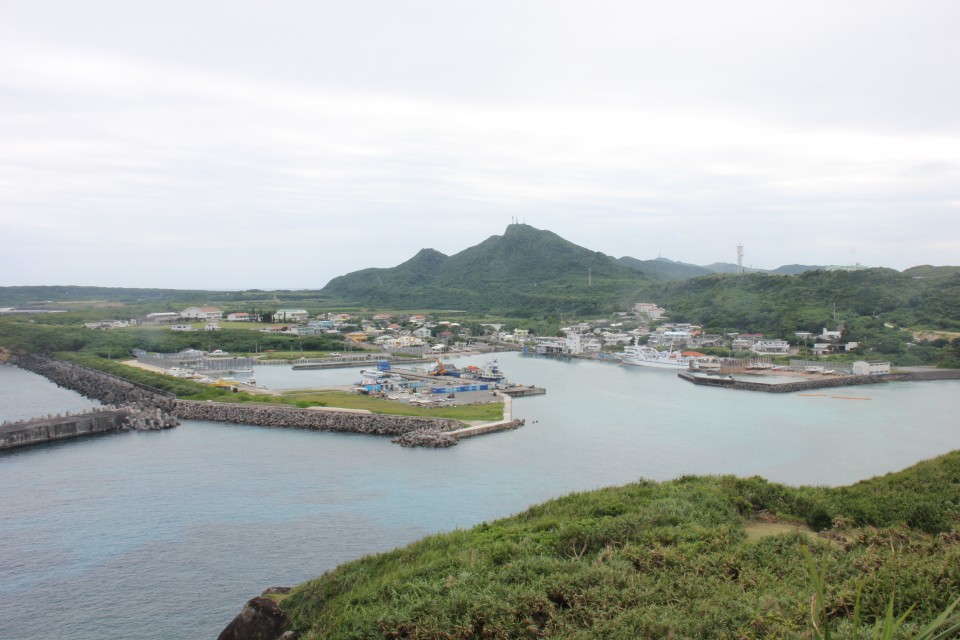 Shigenori Takenishi, the 60-year-old head of Yonaguni's fisheries cooperative, says fishing near the disputed islands, known as a good fishing ground, became difficult after a Chinese trawler collided with the Japanese coast guard's patrol boats in 2010, increasing tensions between the two countries.

"If suspicious ships approach waters near Yonaguni, the SDF will know right away," Takenishi said. "It serves as a deterrence. I feel a sense of security." 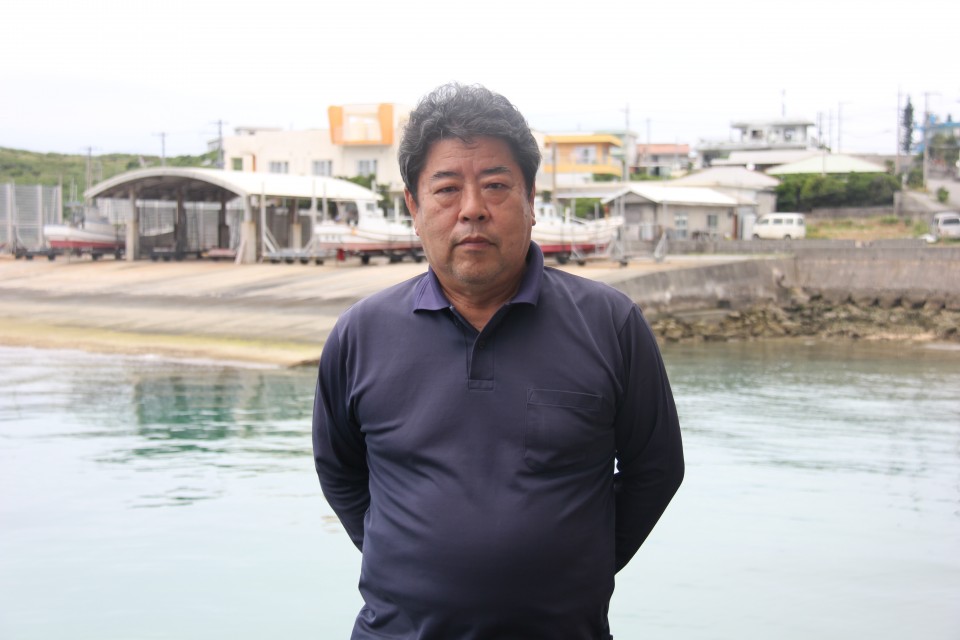 Shigenori Takenishi, head of a fisheries cooperative in Yonaguni, Okinawa Prefecture, stands at a local port on April 20, 2022. (Kyodo)

In an interview with Kyodo News, Yonaguni Mayor Kenichi Itokazu admitted that the islet could become a battlefield in the event of a contingency in Taiwan.

"We need to show them we have a will to protect this island so they won't get any ideas," he said, referring to China.

The current size of the SDF personnel stationed on the island is not enough in case of an emergency, and it should have more units, including the Maritime Self-Defense Force, if needed, he insists.

"As the old saying goes, if you want peace, prepare for war." 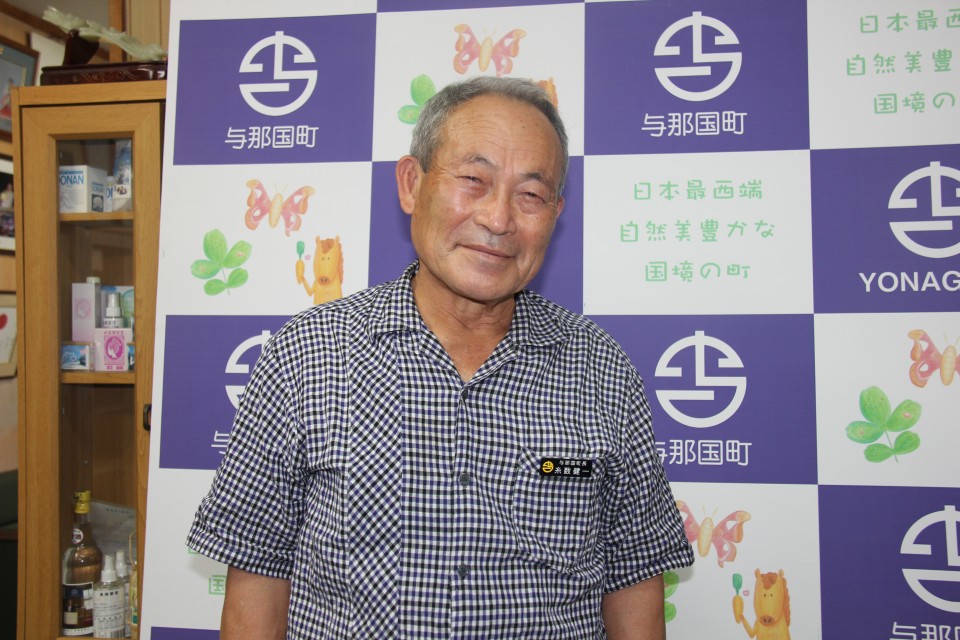 FOCUS: Once vilified, GSDF are now "indispensable deterrent" in Okinawa