A Japanese court on Thursday ordered the operator of the crippled Fukushima Daiichi nuclear power plant to pay a total of 73.5 million yen ($566,000) in compensation to current and former residents of Tamura City in the west of the complex hit by the March 2011 disaster for emotional distress.

But the 525 plaintiffs, who sought 11 million yen per person in damages from both Tokyo Electric Power Company Holdings Inc. and the Japanese government, are considering appealing the ruling, some of them said in a press conference.

The Koriyama branch of the Fukushima District Court recognized the plaintiffs' claim that they were anguished by losing previous joy, such as picking nearby wild plants and forging community ties, but dismissed the case against the state. 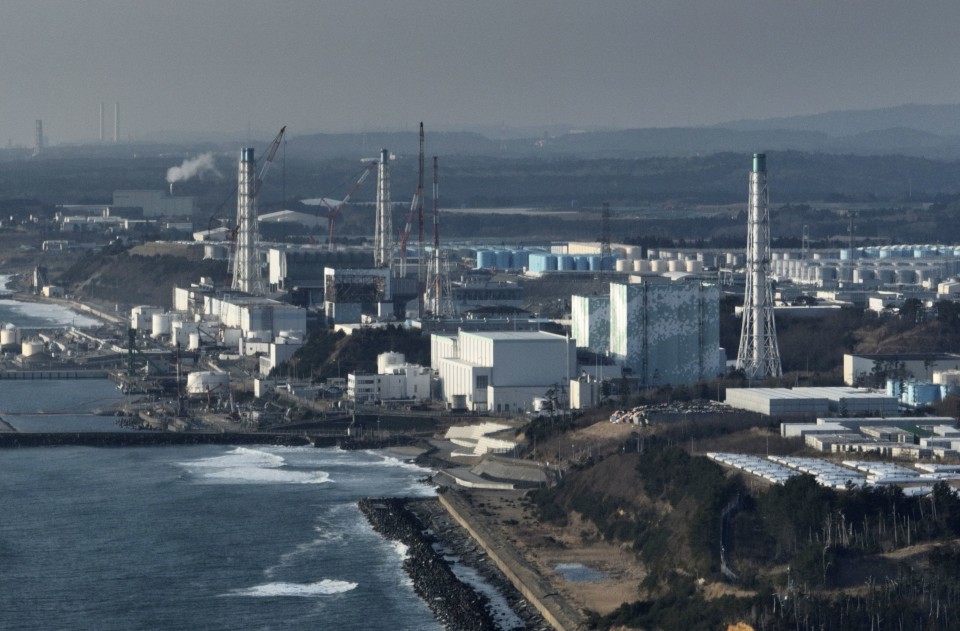 Photo taken from a drone shows the crippled Fukushima Daiichi nuclear power plant in Fukushima Prefecture, on March 11, 2022, the 11th anniversary of the earthquake, tsunami and nuclear disaster that devastated the country's northeastern region. (Kyodo) ==Kyodo

Presiding Judge Yohei Motomura noted that a government organization's assessment released in 2002 of danger posed by possible quake-induced tsunami for the nuclear complex lacked accuracy, but it was still difficult for the state to foresee the magnitude of tsunami that hit the plant.

"Even if the government had exercised its regulatory authority and had TEPCO take countermeasures, it could not have been possible to prevent the tsunami from triggering the accident," the judge said, awarding 2 million yen to each plaintiff.

Given that the plaintiffs had received compensation in the form of a monthly consolation fee of 100,000 yen from TEPCO through August 2012, the court ruled that most of the damages awarded in its ruling have already been paid. 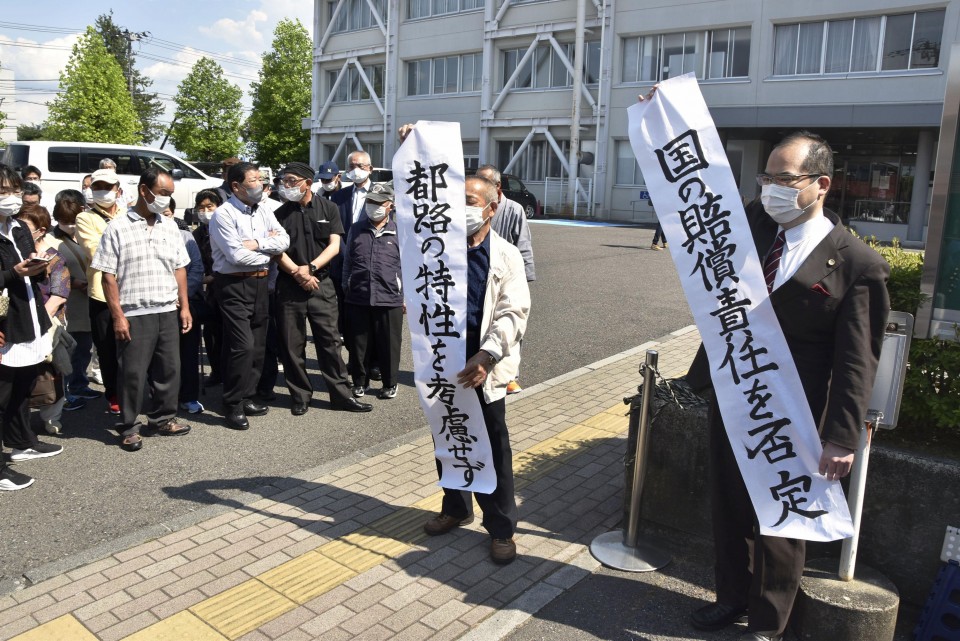 Plaintiffs raise banners in Koriyama City, Fukushima Prefecture on June 2, 2022 in a lawsuit in which current and former residents of Tamura City sought damages from the government and the operator of the crippled Fukushima Daiichi nuclear power plant for emotional distress. (Kyodo)

A devastating earthquake and tsunami in Japan's northeast on March 11, 2011, triggered reactor meltdowns at the nuclear complex and sent plumes of radioactive material in the air.

Some areas of Tamura sit within a radius of 20- to 30-kilometers from the plant and were designated as emergency evacuation preparation zones the next month in the event of a worsened situation. The designation was lifted in September 2011.

Similar cases have been filed across Japan accusing the company and government of negligence over safety concerns about the plant.