The pandemic fund being prepared by the Group of 20 major economies to deal with future pandemics may start operating by the end of this month, the forum's current chair Indonesia said Tuesday after its gathering in Yogyakarta, an ancient city in central Java.

In the wake of the coronavirus pandemic, which has cost over 6 million lives and taken a toll on the global economy, the G-20 joint meeting of health and finance ministers sought to craft a funding mechanism for prevention efforts against infectious disease outbreaks and preparations for a swift response in the event of future health crises.

Indonesian Finance Minister Sri Mulyani Indrawati told a press conference that the process to establish the financial intermediary fund, or FIF, "is now being finalized and hosted by the World Bank." 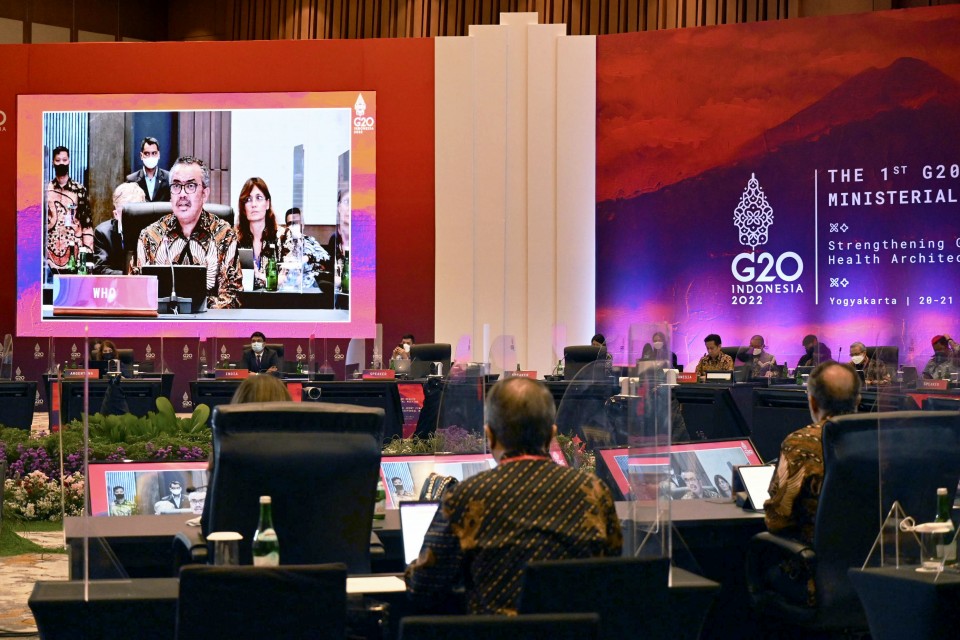 "I believe the board of the bank will meet on June 30. By that time, if it is approved by the board, then this FIF can start to operate...and that exactly may be the (operational) date," Indrawati said.

Indonesian Health Minister Budi Gunadi Sadikin also revealed that a total of approximately $1.24 billion has been committed by Germany, Indonesia, Singapore, the United States and the European Union, as well as the London-based charity organization Wellcome Trust.

He expressed hope that the fund will eventually reach $10.5 billion so that lower-to-middle income countries can procure necessary vaccines, drugs, testing kits and equipment.

Earlier in the day, Indrawati told the G-20 delegates that the fund must be inclusive and also reflect the "voices of developing countries" for a more effective system in preventing and preparing for pandemics.

During the health ministerial meeting, which preceded the Tuesday meeting, at least 17 of 20 health ministers agreed in principle to harmonize global health protocol standards for the sake of international travelers, according to a source close to the gathering.

The remaining three countries -- Argentina, Brazil and China -- have not made their decisions known, the source said.

A common global framework to read QR codes containing vaccine certificates and other information is now being developed, and it is expected to be launched after G-20 leaders adopt it during their summit in November, health officials said.

Initially, the system will be able to read certificates from G-20 member countries, but it will be opened to all countries around the world in the future.