More than 50 percent of Japanese firms are struggling to obtain raw materials and other commodities due to Russia's war in Ukraine, according to a survey by a credit research firm.

The Teikoku Databank survey found 50.8 percent were affected in terms of raw materials, products and services they obtain and 66.7 percent were experiencing effects from surging purchase costs. 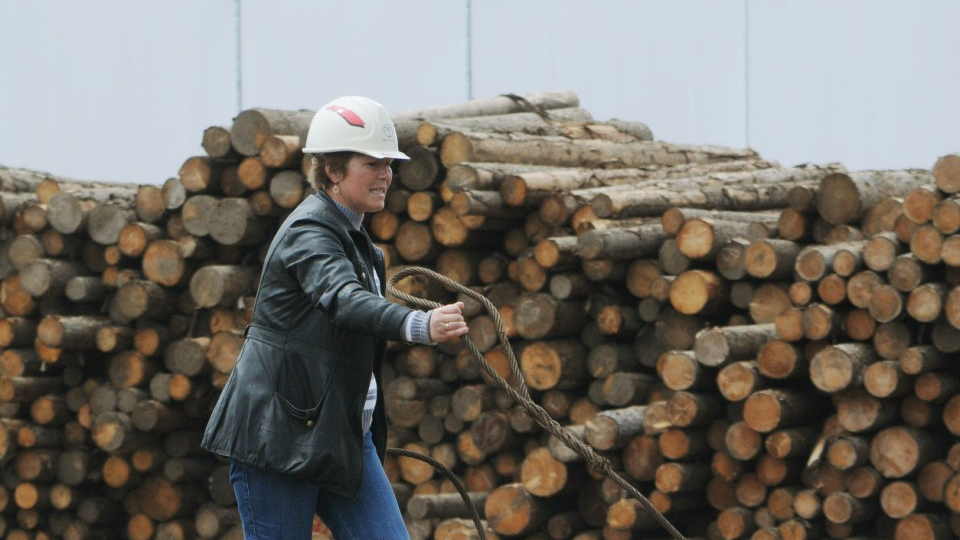 File photo shows logs piled up at a processing factory in a coastal region in the Russian Far East in 2009. (Kyodo)

Many of these companies said they are considering taking or have already taken action including changing materials and passing on price rises to consumers.

The survey highlighted the impact on wood-based industries, with 88.3 percent of wood construction companies and 83.6 percent of wood and bamboo wholesalers reporting difficulties getting adequate stock.

The numbers appear to be a consequence of sanctions Japan has taken to ban imports of some Russian lumber. Russia, too, has labeled Japan an "unfriendly country" and halted exports of some wood products.

The survey also showed 91.3 percent of wood construction firms and 91.2 percent of fuel retailers such as gas stations were hit by surging purchase costs.

In a multiple response section, affected companies said they were already taking countermeasures, with 48.3 percent reporting passing on price rises to consumers and 21.3 percent replacing such commodities as raw materials.

When it came to measures companies were considering, the highest proportion -- 36.1 percent -- reported looking into upping retail prices, while 25.2 percent said they were reviewing changing materials and other commodities.

Separately, 68.7 percent of companies in Japan in a Tokyo Shoko Research poll are refraining from increasing prices despite higher material costs due to Moscow's military aggression in Ukraine and the yen's depreciation.

By industry, 90.7 percent of information technology service companies, including software developers, said they were unable to pass on higher costs, followed by lifestyle-related services such as travel agencies and wedding venue operators at 90.5 percent.

The survey, conducted in early April with a sample of 3,900 companies, showed 81.5 percent of eateries and 78.7 percent of companies in the road freight transportation sector had left their prices unchanged despite higher costs.

Costs in the IT industry were likely pushed up by higher electricity prices, while rising fuel prices have dealt a blow to transportation companies and travel agencies that arrange bus trips and tours.

As for future price trends, economists said more companies may begin to pass on part of their increased costs as raw material prices are likely to remain high for the time being.

"But such moves may lead to a drop in consumption," said Yoshiki Shinke, senior executive economist at Dai-ichi Life Research Institute.