Hanaguruma finished behind Zac Stubblety-Cook, who took the Olympic gold last year and smashed the world record last month. The Australian, known for his fast finishes, came from behind and touched in 2 minutes, 7.07 seconds. 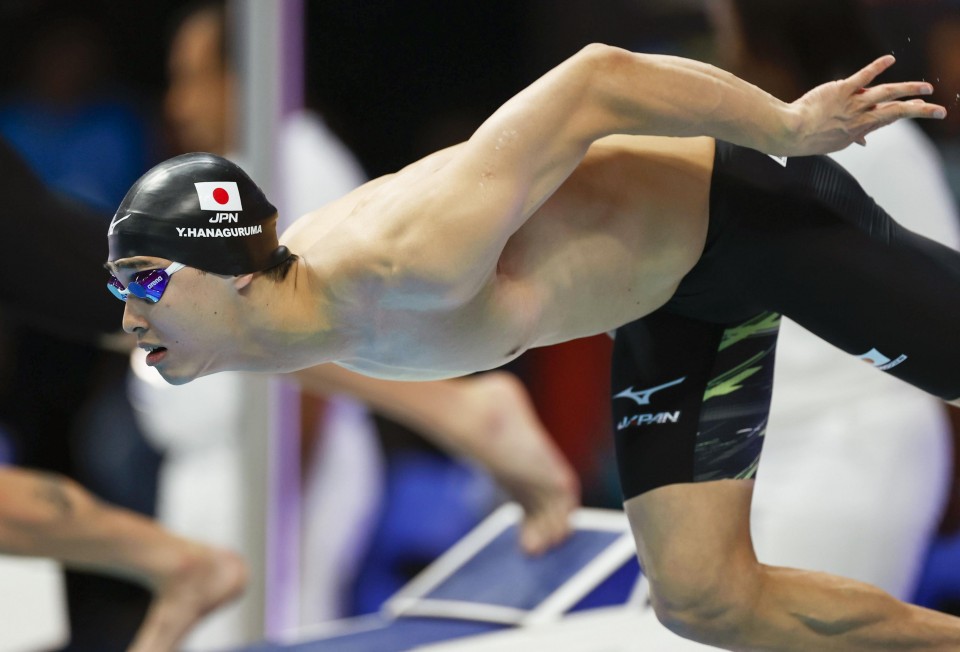 Yu Hanaguruma dives off the starting block in the men's 200-meter breaststroke final at the world swimming championship in Budapest on June 23, 2022. (Kyodo)

The 22-year-old Hanaguruma and Sweden's Erik Persson each recorded times of 2:08.38 to share the silver medal.

Like Stubblety-Cook, Hanaguruma was well behind the leaders at the 150-meter point, turning in sixth place, but he surged on the final lap to reach the podium. His compatriot Ryuya Mura finished fourth, 1.79 seconds off the pace.

"It is a bit disappointing that I couldn't rewrite my personal record (of 2:07.99) but I'm relieved to be able to go home with a medal," Hanaguruma said.

"It gives me a confidence boost ahead of the Paris Olympics."

In the men's 100 butterfly semifinal, Japan's Naoki Mizunuma improved his own national record of 50.86 seconds by clocking 50.81, the second-fastest time that earned him a place in Friday's final.