Japan, China talks over food import ban not held for over 1 year

Talks between Japan and China over Beijing's import ban on Japanese food products have not been held for over a year, sources familiar with bilateral relations told Kyodo News recently.

As China has not responded to Japan's request for resuming the talks amid soured bilateral ties, it is uncertain when the ban will be lifted, with the deadlock possibly to affect discussions on China's accession to a major Pacific free trade deal, the sources said.

In the wake of the Fukushima nuclear accident in 2011, Beijing banned imports of food products from Fukushima and several other prefectures over the risks of radioactive contamination. Japan has been asking China to hold a third meeting of a panel they established to discuss lifting the ban, the sources said.

Foreign ministers of the two countries agreed in November 2020 to set up the panel as Tokyo aimed to expand sales of Japanese food in the Chinese market, and Beijing, which has been at odds with the United States, hoped to improve ties with Japan. 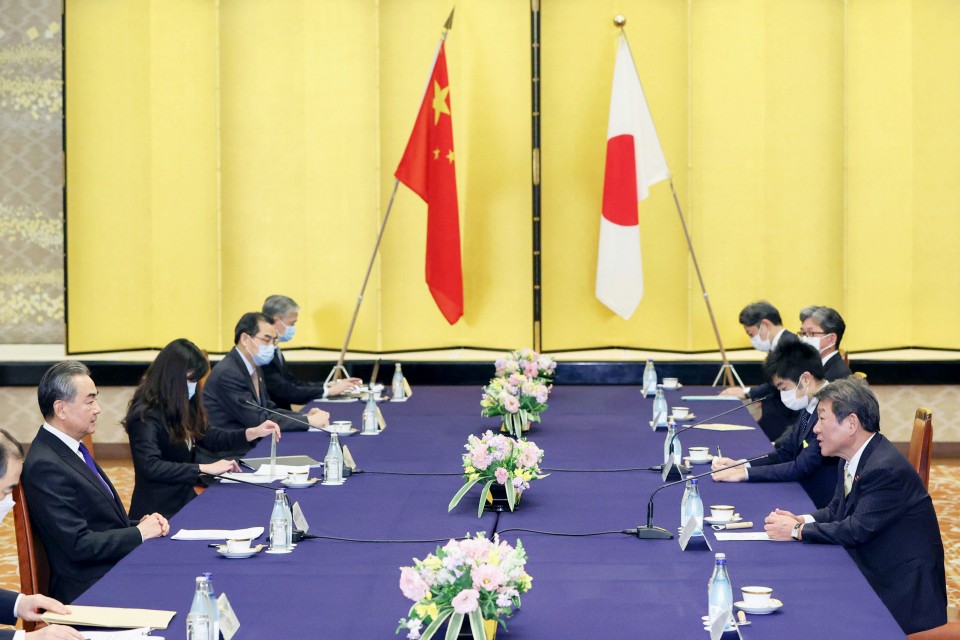 Officials on the panel met in virtual meetings held in December 2020 and February 2021, according to the sources.

But China did not agree to hold panel talks when Japan in November 2021 called for them, in an apparent protest at Japan's decision in April that year to release treated radioactive water from the crippled nuclear plant in Fukushima into the sea.

China has banned imports of all food products from Fukushima and eight neighboring prefectures as well as food products except rice from Niigata Prefecture.

In September last year, Beijing applied to join the trade deal formally known as the Comprehensive and Progressive Agreement for Trans-Pacific Partnership.

The trade agreement requires member countries not to unfairly restrict food imports. A Japanese government source said a positive mood for China's accession to the deal cannot be created in Japan unless the issue of the import ban is resolved.