Over 35 million yen has been returned to a local government in western Japan that mistakenly sent 46.3 million yen ($363,000) in COVID-19 relief money to a single resident, a source close to the case said Monday.

A payment collection firm returned the funds, which were part of support meant for 463 low-income households in Abu, Yamaguchi Prefecture, and transferred in error to local resident Sho Taguchi, 24. 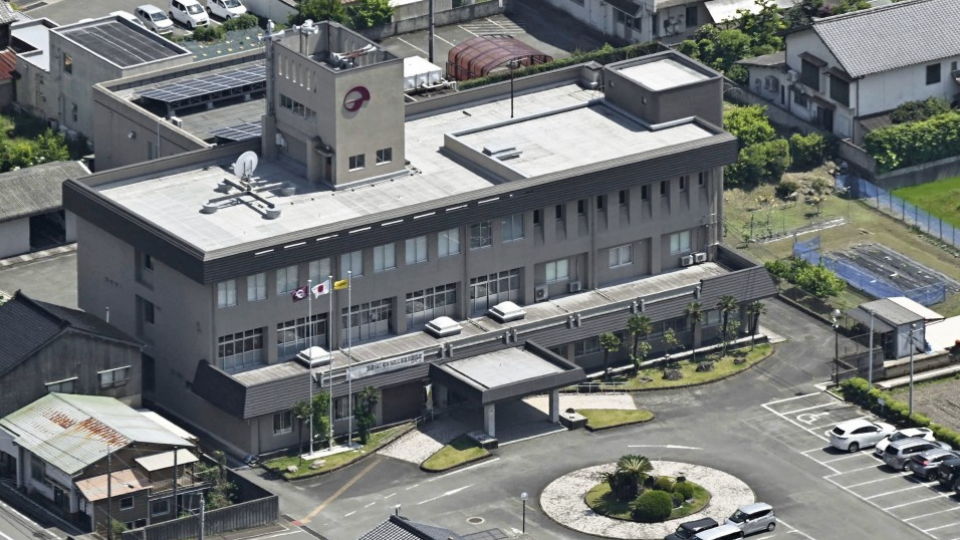 Photo taken from a Kyodo News helicopter shows the town hall of Abu in Yamaguchi Prefecture, western Japan, on May 18, 2022. (Kyodo)

Police and the Abu government are investigating the details leading to the repayment. Taguchi was previously described as telling police he spent the money in online casinos.

Taguchi was arrested Wednesday on suspicion of computer fraud for allegedly transferring 4 million yen in funds he knew to be mistakenly sent to him on April 12 to the account of an online payments system and profiting illegally from it.

In addition to sending Taguchi a COVID-19 special fixed benefit payment of 100,000 yen on April 8, the town government also transferred 46.3 million yen to his account, according to his lawyer.

He dispensed a total of around 46.33 million yen across 34 transactions, his legal representative said, with the majority going to three domestic payment processing agents. About 35.92 million yen was sent to a single firm over 27 transfers.

The company with the highest concentration of funds then wired them back to the Abu town government, the source said.

The town government refrained from commenting on the repayment due to its ongoing suit against Taguchi for around 51.15 million yen, which includes the mistakenly sent funds as well as expenses including legal fees.

Mayor Norihiko Hanada plans to give a press conference Tuesday on the situation around the money's recovery.