Former Ukrainian President Petro Poroshenko learned during Vladimir Putin's 2014 annexation of Crimea and conflict in his nation's east that the Russian leader is unreliable and interested only in wielding power.

"Putin is a dangerous negotiator. But he understands only strength...Don't trust Putin," he said in a recent interview with Kyodo News conducted as Russia's invasion of Ukraine passed the three-month mark. 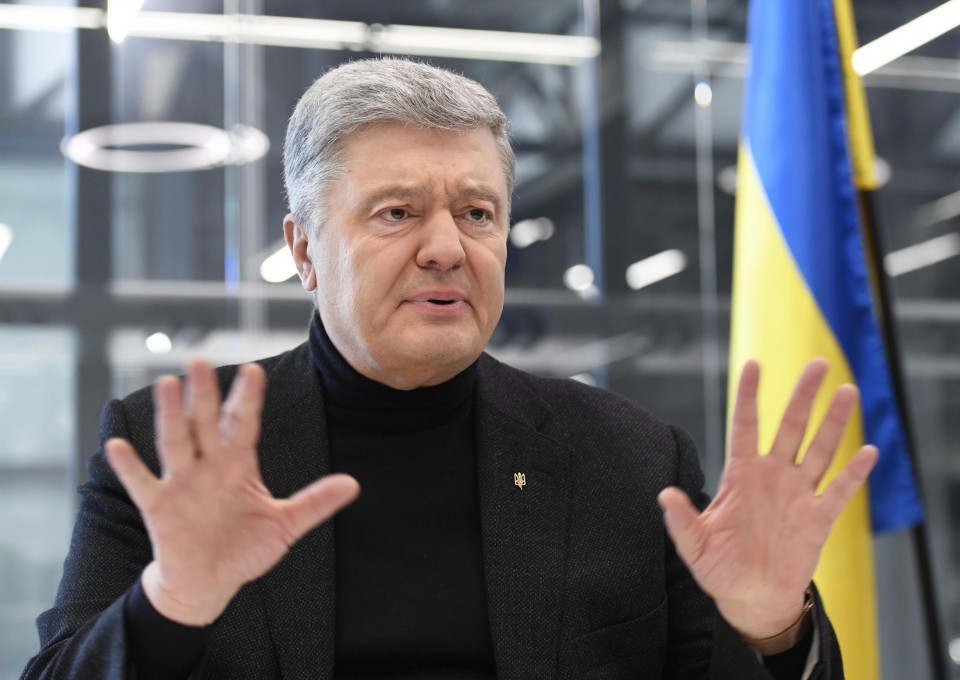 Ukraine has surprised many with its resilience and successful military response to the invasion, even if it has ceded some territory, but the nation's inspirational president, Volodymyr Zelenskyy, has also stressed the need for diplomatic solutions.

Zelenskyy has said that while Ukraine may win on the battlefield the war can only end definitively "at the negotiating table," no matter how difficult that might be.

Poroshenko said negotiation should first target a cease-fire, then troop withdrawal and humanitarian issues, and later on greater security questions.

But he warned that "crazy maniac" Putin never kept his word over negotiations on a cease-fire, troop withdrawals and hostage releases when Russian-backed separatists seized Donetsk and Luhansk following Russia's annexation of the Crimean peninsula in early 2014.

Along with sanctions, embargoes on Russian exports such as oil and gas are necessary to put Moscow's finances in peril and stem Putin's influence, he said.

Poroshenko also spoke about the wider impact of the war, such as on global food security.

Ukraine, known as the breadbasket of Europe, plays an enormous role in providing wheat and other grains to the world market. Russia's Black Sea blockade has cut off Ukraine's ability to export its grain, bringing pain from Africa to Asia and the Middle East.

He suggested an internationally organized counter-blockade of all Russian commercial fleet exports to pressure Moscow to back down, as well as for North Atlantic Treaty Organization vessels to provide escorts to the Ukrainian commercial fleet.

He also called for more arms support for Ukraine, an aspect of the conflict he said has been a "game-changer."

Linking his country's invasion to other territorial disputes involving Russia, the former president said the full restoration of Ukraine's territorial integrity would also be a victory for Japan which has been embroiled in a dispute with Moscow over a group of islands taken in the wake of Japan's defeat in World War II.

Russia is committing genocide against the Ukrainian people, he said, and Putin should be put on trial and condemned by the International Criminal Court at The Hague.

Poroshenko, who is the leader of an opposition party in the country, lashed out at the threat by a pro-Kremlin separatist leader in Donetsk that Ukrainian troops captured from the Azovstal steel plant, the last hold-out in the port city of Mariupol, should be put on trial.

Russia has "zero jurisdiction" over Mariupol since it is Ukrainian territory and the soldiers only fought to protect their homeland, he argued.

Instead, he said, Russia should bring its own soldiers to justice for their crimes in the southern Ukraine city, including shelling civilian areas such as a maternity hospital and a theater where hundreds of noncombatants had sheltered in March.