Speaking in a parliamentary session, however, Kishida said no specific date has been fixed for his summit meeting with Xi. No in-person talks have been held since Kishida became prime minister last October. 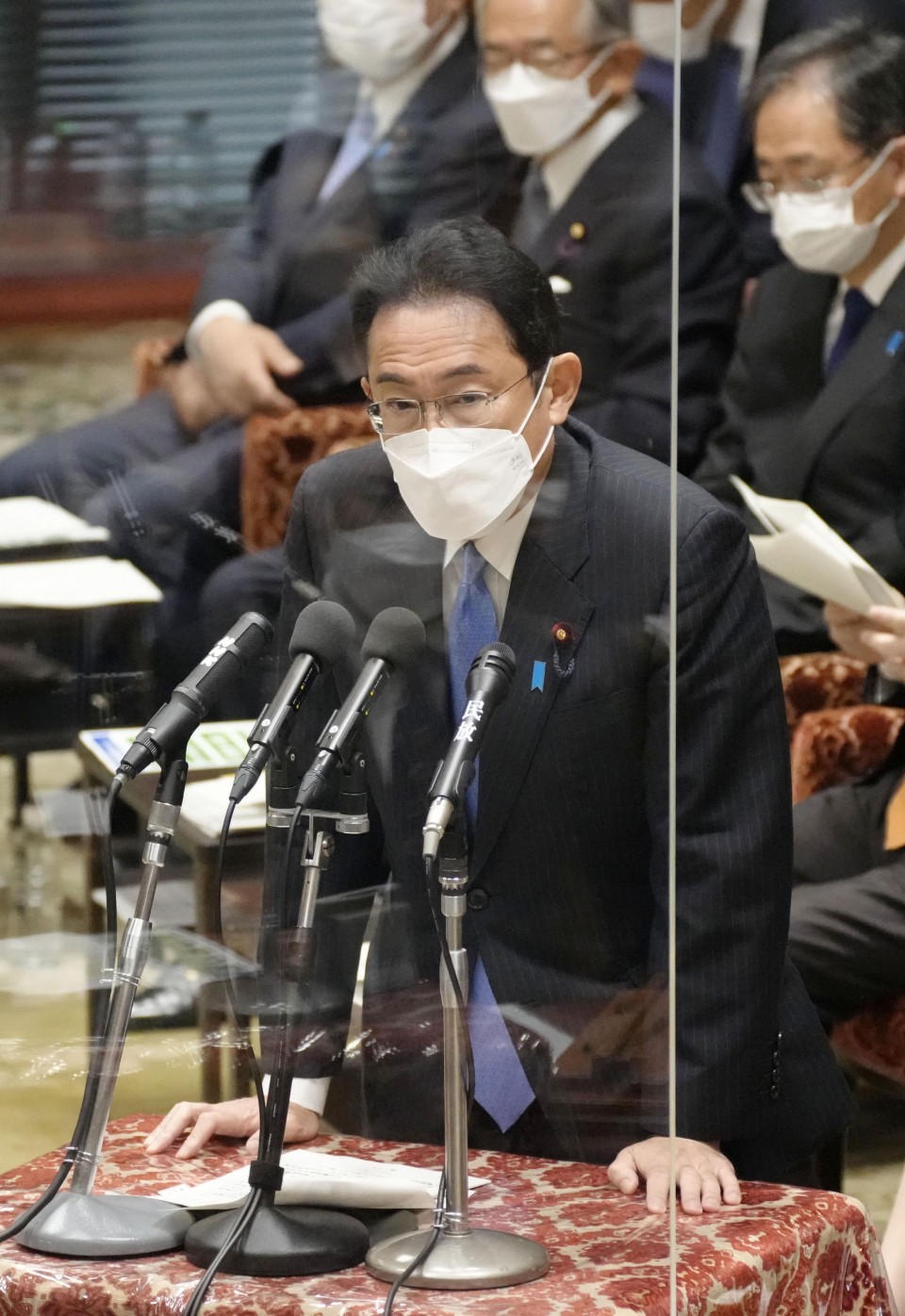 Japanese Prime Minister Fumio Kishida speaks at a House of Representatives Budget Committee session in Tokyo on May 26, 2022, wearing a mask for protection against the coronavirus. (Kyodo) ==Kyodo

China is a major trading partner for Japan, but their relations have been marred over a group of disputed islets in the East China Sea. Along with its longtime ally, the United States and other like-minded nations, Japan is concerned about Beijing's assertive moves backed by its economic and military might.

Japan hosted a summit of the Quad group that also involves Australia, India and the United States earlier this week to advance their shared vision of a "free and open" Indo-Pacific. The leaders also opposed any unilateral attempts to change the status quo, given Russia's invasion of Ukraine and China's expansion of influence.

Russia and China flew strategic bombers near the Japanese archipelago as the Quad meeting was being held.

"We need to maintain constructive relations (with China). No specific date has been set for our summit meeting, but it is important for Japan and China to communicate," Kishida told a Budget Committee session in the House of Representatives.

Kishida said various challenges remain between the Asian neighbors but added, "We need to cooperate over issues that require our cooperation."

The last time Kishida spoke by phone with Xi was on Oct. 8.

China continues to send ships to waters around the Japanese-controlled Senkaku Islands in the East China Sea, which Beijing claims and calls Diaoyu, with some entering Japanese territorial waters. Earlier this month, fighter jets and helicopters were spotted taking off from and landing on the Chinese aircraft carrier Liaoning off the southern Japanese prefecture of Okinawa, which is close to Taiwan.

Kishida was responding to a call by Kenta Izumi, leader of the main opposition Constitutional Democratic Party of Japan, for a Japan-China summit. Last Thursday, U.S. National Security Advisor Jake Sullivan suggested that President Joe Biden may speak with Xi over the phone in the coming weeks.

During his visit to Tokyo earlier this week, Biden said the United States will get involved militarily if China invades Taiwan, a comment perceived as a shift from Washington's strategic ambiguity on the sensitive issue. Biden later said there was no change in U.S. policy toward Taiwan.

China views Taiwan as a renegade province to be reunified with the mainland, by force if necessary.

Russia's invasion of Ukraine has raised concern about its implications for the Indo-Pacific, and Japan has repeatedly said the Ukraine crisis should never be replicated in the region.

The crisis prompted calls among some conservative lawmakers for Japan to debate the necessity of having an arrangement similar to the North Atlantic Treaty Organization.

Kishida said during the parliamentary session it would be "unrealistic" for Japan to pursue nuclear-sharing with the United States and that the government does not plan to discuss such a possibility.

The issue is sensitive for a nation that suffered two U.S. atomic bombings during World War II and has upheld a policy of not allowing nuclear weapons on its soil. Under the NATO arrangement, non-nuclear states host U.S. nuclear weapons for use in the event of a war.