Around 193 million people worldwide experienced acute food insecurity in 2021, a new high, with Russia's war in Ukraine expected to aggravate the situation, a report by international humanitarian and development groups says.

Calling for urgent international assistance, the annual Global Report on Food Crises, released May 4, looked at 53 countries and territories. The main drivers were conflicts, weather extremes, and macroeconomic shocks, mainly caused by the coronavirus pandemic. 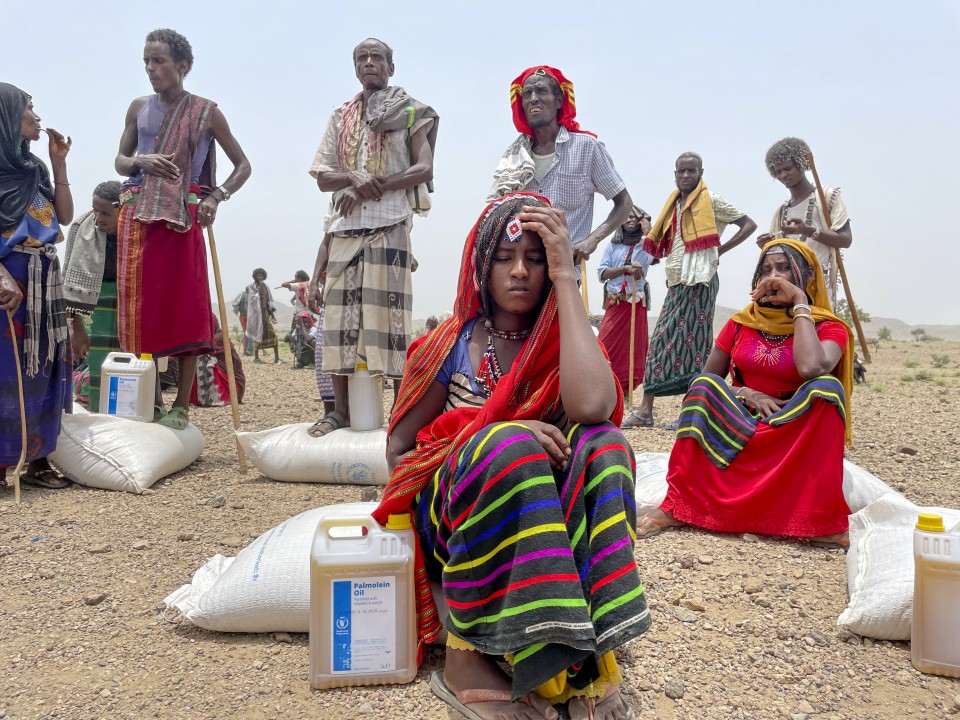 The number of people whose lives or livelihoods were in immediate danger due to inadequate food soared by 25 percent or nearly 40 million since 2020, the last record high year. The Global Network Against Food Crises has compiled the data since 2016.

In 2021, 570,000 people required urgent action to prevent the widespread collapse of livelihoods, starvation and death in four countries -- Ethiopia, South Sudan, Yemen and Madagascar -- according to the group, which includes the European Union and the U.N. World Food Program.

Around 139 million people in 24 countries and territories experienced acute food insecurity mainly due to conflicts. Weather extremes and economic shocks were the next main drivers for others, the analysis showed.

Almost 70 percent of the total number was concentrated in 10 countries and territories, including the Democratic Republic of the Congo, Afghanistan and Ethiopia.

Looking toward 2022, the report expects Russia's war against Ukraine, launched in February, to exacerbate global food insecurity, with at least around 180 million people in 42 countries and territories expected to suffer an acute food crisis.

The war, especially if protracted, would compound the difficulties of some countries in dealing with food crises because of "their high dependency on imports of food, fuel and agricultural inputs and/or vulnerability to global food price shocks."

Countries in regions as diverse as the Middle East and Africa depend on imports of staple foods like wheat and fertilizers from Ukraine and Russia.

In 2020, 38 countries and territories hit by food crises imported 34 percent of Ukraine's total wheat and maize products exports. Food-crisis countries also accounted for 73 percent of Russian export of wheat. Among these were Yemen, Sudan and Ethiopia, which are consistently among the world's largest food-crisis countries, the report said.

Reduced access to fertilizers coupled with energy price hikes is also expected to lead to a steep drop in crop production. Humanitarian food organizations will also feel price hikes on items such as wheat, according to the report.

Japan vows 300 bil. yen in nutrition-related aid over next 3 years