Japan, Fiji and Palau share the same concerns over a security pact China recently signed with the Solomon Islands, Foreign Minister Yoshimasa Hayashi said Sunday as he wrapped up a trip to the two Pacific island nations.

Hayashi told an online press conference from Palau that the pact could have a "significant impact" on the security of the Pacific and that Tokyo will step up cooperation with the United States, Australia and New Zealand to ensure stability and prosperity in the region.

"I conveyed Japan's concern that an agreement regarding security cooperation between China and the Solomon Islands could significantly impact the security environment of this region, and the Pacific island nations showed similar views," he said. 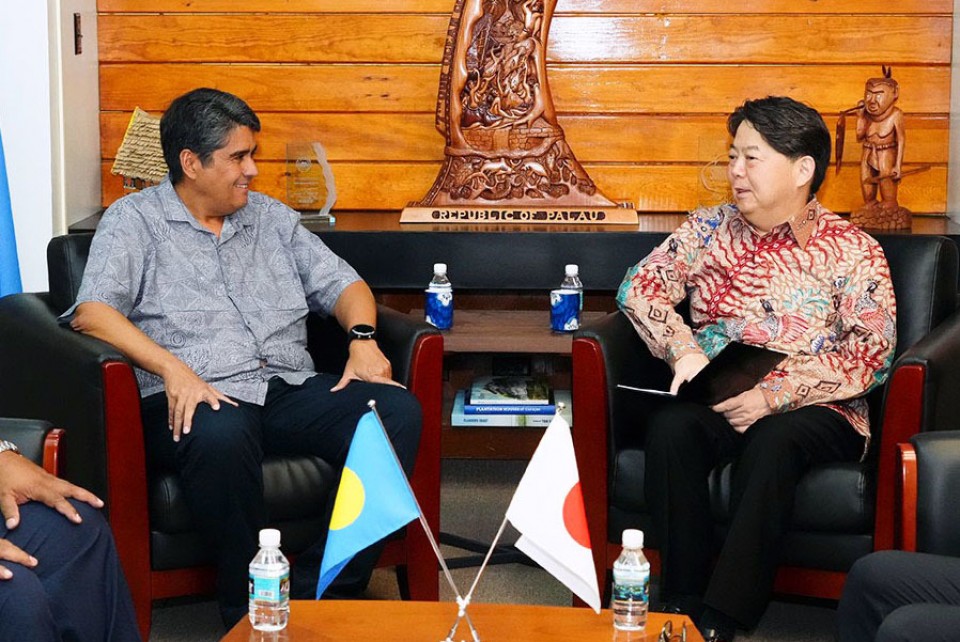 Hayashi made the comments after separate talks with Palau's President Surangel Whipps and State Minister Gustav Aitaro in the country's most populous city Koror.

Although the details remain unclear, the security deal reportedly allows China to deploy forces and dock vessels in the islands.

On Sunday, Hayashi and Whipps agreed to boost bilateral ties in pursuit of a free and open Indo-Pacific, a vision advocated by Tokyo and Washington and widely seen as a counter to Beijing's military and economic clout in the region.

In a separate meeting, Hayashi and Aitaro strongly condemned Russia for its ongoing aggression against Ukraine while pledging to work together to deal with a recent spate of North Korean ballistic missile launches, including the suspected firing of a submarine-launched ballistic missile on Saturday, according to the Japanese Foreign Ministry.

Despite China's increasing influence in the Pacific that has prompted the Solomon Islands and Kiribati to switch diplomatic ties from Taiwan to Beijing, Palau maintained diplomatic relations with Taipei. Fiji established diplomatic ties with China in 1975, becoming the first Pacific island country to do so.