Hayashi will visit South Korea for a two-day trip starting Monday as a special envoy of Prime Minister Fumio Kishida and hold talks with key members of the South Korean government during his stay, the government said. 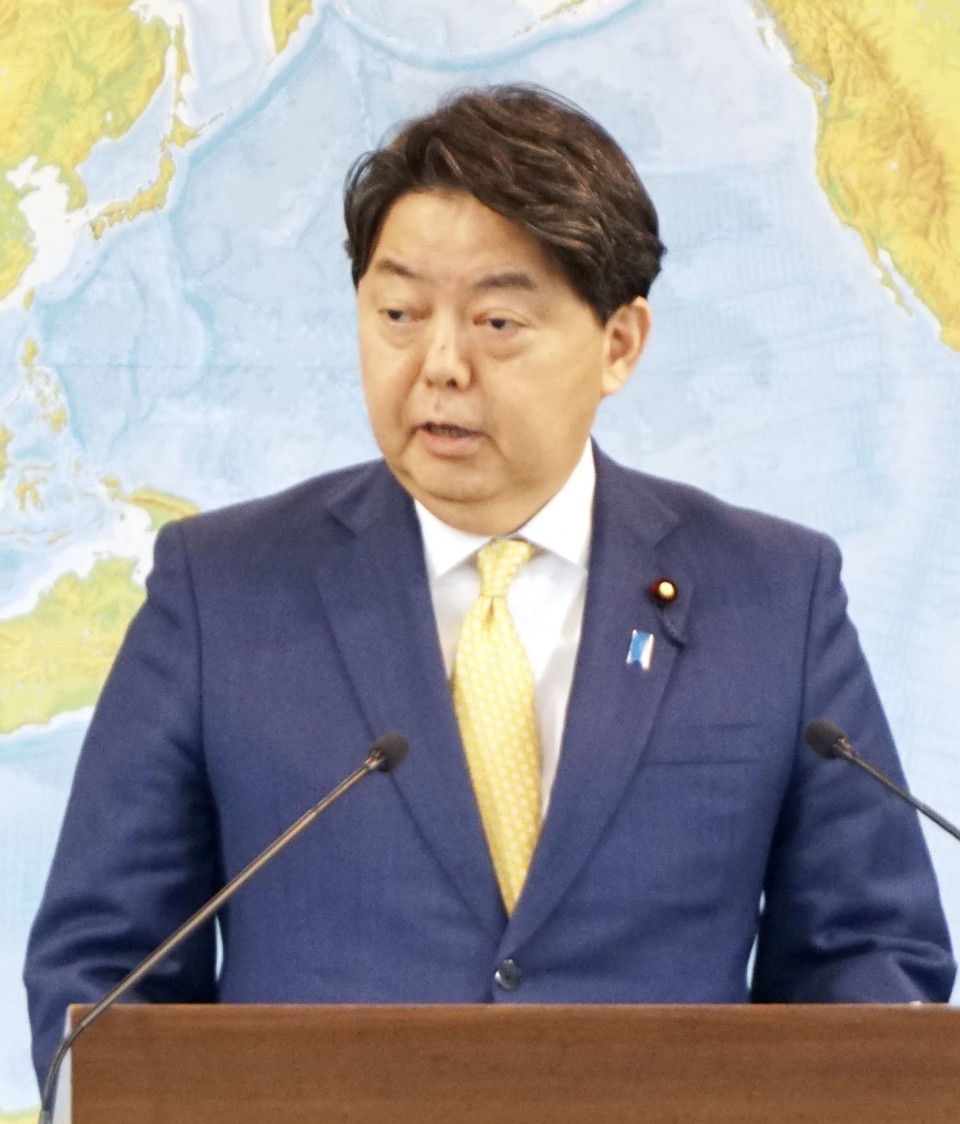 From South Korea's main opposition, Yoon is set to be sworn in on Tuesday, replacing Moon Jae In, who, while in power, saw bilateral relations with Japan sink to their lowest point in years.

It will be the first visit to South Korea by a Japanese foreign minister since June 2018. Arrangements are being made for Hayashi to meet with Yoon and incoming Foreign Minister Park Jin, a Japanese government source said.

The dispatch of Hayashi is meant to show Japan's intention of keeping in touch with the incoming Yoon administration so that frayed ties will return to what Tokyo hopes will be a "healthy" state.

There had been much focus on who the Japanese government would send to the inauguration ceremony following a recent visit to Japan by a delegation representing Yoon for a series of meetings with Kishida and Hayashi, among others.

Speaking to reporters, Hayashi said bilateral relations are in a "severe" state at a time when bilateral and trilateral cooperation involving the United States is important for regional stability in the face of North Korea's missile and nuclear development.

"Based on our consistent stance, we will closely communicate with the next president and administration to restore bilateral relations to a healthy state," Hayashi said.

Expectations have grown of an improvement in bilateral ties since Yoon, who has called for a "future-oriented" approach, won the presidential race in March.

Issues resulting from Japan's 1910-1945 colonial rule of the Korean Peninsula have loomed large over relations between Tokyo and Seoul, both U.S. allies.

Despite emerging signs that Japan is willing to restore bilateral ties, it has not budged over its stance that the issues of "comfort women," or South Koreans procured for Japanese wartime military brothels, and Korean laborers have been settled by bilateral agreements.

Caution remains among some quarters, especially in the ruling Liberal Democratic Party, that Japan should not be perceived as too conciliatory.

Tokyo-Seoul ties have been frayed during the current Moon administration, partly because of South Korean court rulings demanding Japanese companies to pay compensation for what South Koreans claim was forced labor.