Japan granted refugee status to 74 people seeking asylum in 2021, the highest level since it began recognizing refugees in 1982, the immigration agency said Friday.

The situation has prompted calls for Japan to shift from what critics say is a policy of seclusion regarding refugees.

According to the Immigration Services Agency of Japan, the largest number of refugees, at 32, came from Myanmar, reflecting a military coup in February last year that toppled the democratically elected government of Aung San Suu Kyi. 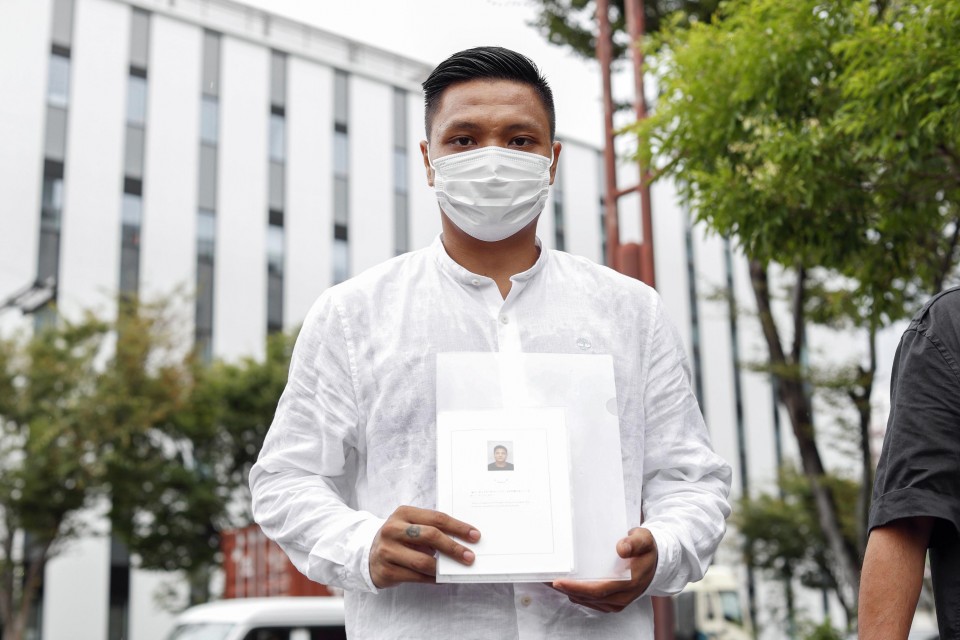 Pyae Lyan Aung, a Myanmar national soccer goalkeeper who refused to return home after protesting against the February 2021 military coup in his country, holds a certificate showing his refugee status in Japan on Aug. 20, 2021, in Osaka. (Kyodo) ==Kyodo

The Southeast Asian country was followed by China, with 18 refugees coming, Afghanistan, with nine, Iran four, Yemen three, Uganda and Cameroon two each, and Iraq, Ghana, Pakistan and South Sudan one each.

Individuals not granted refugee status but permitted to stay in Japan on humanitarian grounds totaled 580 in 2021, a significant increase from 44 in 2020.

Coup-hit Myanmar accounted for the vast majority of them, at just under 500.

The number of applicants fell by 1,523 from a year earlier to 2,413 due to stricter border measures amid the coronavirus pandemic, with most hailing from Myanmar, Turkey and Cambodia.

The 1951 Refugee Convention, to which Japan is a party, defines a refugee as a person who fled their home country due to "a well-founded fear of being persecuted for reasons of race, religion, nationality, membership of a particular social group, or political opinion" either through government acts or absence of protection.

Japan does not recognize those fleeing Ukraine as refugees, and they are instead able to apply for a one-year "designated activities" visa that allows them to work. This is far shorter than the long-term visa of five years granted to refugees recognized in Japan.

Shogo Watanabe, representative of the Japan Lawyers Network for Refugees, said the government has been accepting Ukrainian evacuees for its own international gain, and that it has failed to increase the number of refugees recognized in its system.

"The Immigration Services Agency is subject to political influence and should be removed from the recognition process," Watanabe said. "A separate organization should handle the work."