Japanese business circles, particularly those in the tourism sector, are unsettled by what appears to be overly cautious government policy toward resuming tourism from abroad as the Asian country's economy struggles to recover from the coronavirus pandemic.

Japan is set to further ease COVID-19 border controls by doubling the cap on overseas arrivals to 20,000 people per day starting in June, following Prime Minister Fumio Kishida's remarks earlier this month that the country will relax restrictions on par with other Group of Seven countries.

But such international arrivals do not include tourists, and the government has not yet indicated when Japan will start accepting tourists from overseas. 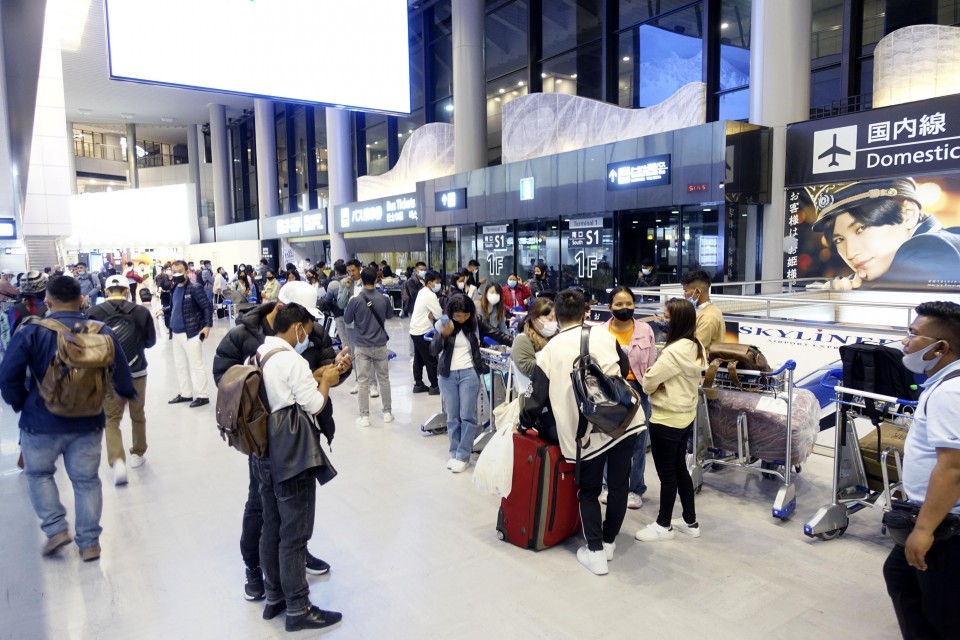 Travelers gather in the international arrivals lobby at Narita airport near Tokyo on April 7, 2022. (Kyodo)

As a result, Japan is now the only G-7 country rejecting foreign tourists due to the pandemic. According to the Japan Association of Travel Agents, "a very limited number of countries such as Japan and China" do not accept foreign tourists.

Japan will, however, simplify testing and quarantine rules upon arrival starting next month, dividing countries and regions into three groups according to infection risk levels. It will continue to require COVID tests prior to departure for all countries.

Shinichi Inoue, president of All Nippon Airways Co., welcomed the Japanese government policy of easing COVID-19 border controls, saying on Friday, "This is great news. We truly hope (restrictions) will be eased and scrapped in a speedy manner from now on as well."

Prior to the pandemic, Japan had been keen to boost tourism as a key pillar for economic growth, with a goal in 2020 to attract 40 million foreign visitors.

The global health crisis drastically reduced the number of foreign visitors to Japan, and the country banned new entries of foreigners in late November last year in an effort to prevent a domestic outbreak of the Omicron variant of the coronavirus.

In March this year, the government relaxed the border control policy, allowing 5,000 foreign business travelers per day, and has since eased the cap in stages. 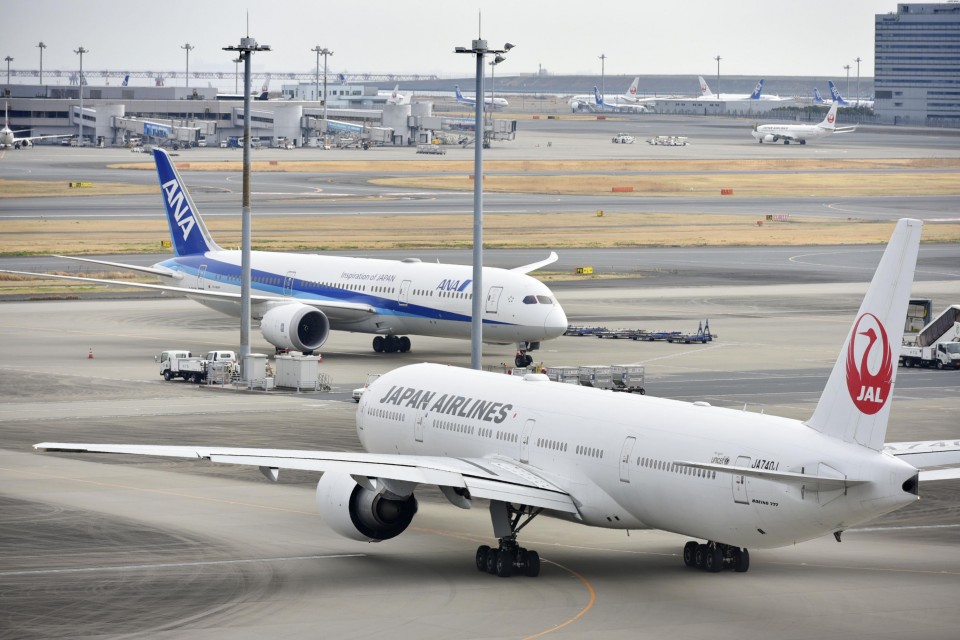 Months after Omicron was reported as a highly contagious variant, and after countries around the world scrambled to limit its spread, it is now found in nearly every country. Vaccination has made progress in most advanced countries.

"As vaccination is under way, I don't see what (the Japanese government) is protecting the public from," said a senior official of an airline company.

Masakazu Tokura, chairman of the Japan Business Federation, told a press conference on May 9, "Many Japanese travelled abroad for sightseeing and leisure during the Golden Week holidays. On the other hand, Japan is still not allowing foreigners to enter Japan for tourism."

"Reciprocity is the common practice in the world, so we hope that realistic discussions will take place. A weak yen is also a great opportunity for tourists visiting Japan," said the head of Japan's most powerful business lobby. 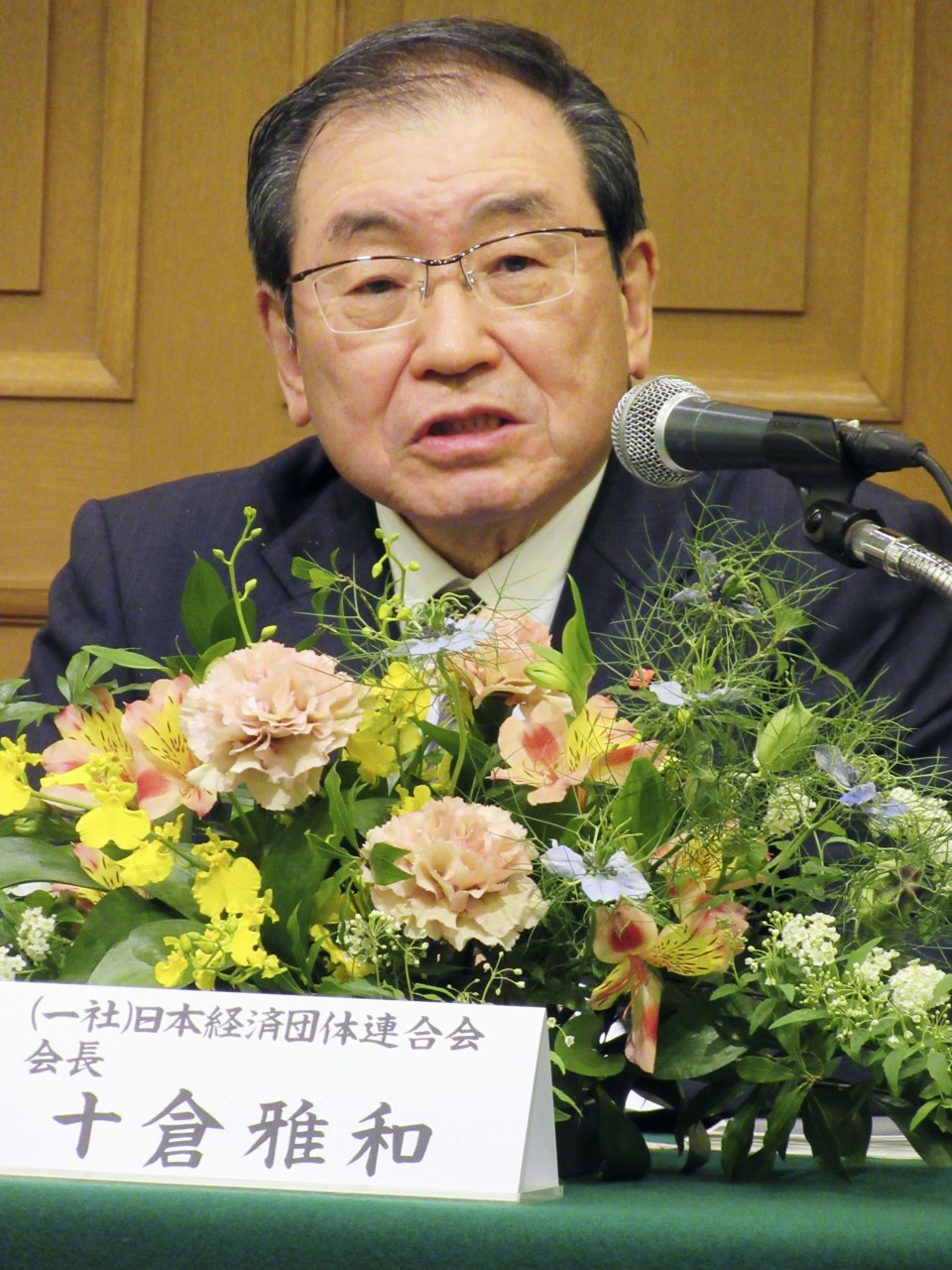 Masakazu Tokura, chief of the Japan Business Federation, speaks at a press conference in Fukuoka on March 9, 2022. (Kyodo)

The Japanese economy contracted an annualized 1.0 percent in the January-March period from the previous quarter amid tepid consumption due to the COVID-19 restrictions, according to recent government data.

While most people in other G-7 countries have shed their masks as the wave of Omicron infections is over, it was only last week when the Japanese government updated its guidance for the public, saying masks are not necessary in outdoor settings if people are not conversing.

While business leaders are often critical of the government over its strict COVID-19 policy, fearing such measures jeopardize economic growth, the general public of the rapidly graying country seems to support it.

Despite the strict COVID-19 countermeasures, the approval rating for Kishida's Cabinet has not faltered since he took power last October, with public support hitting a record 61.5 percent in the most recent Kyodo News survey last week.

The Japan Tourism Agency said Monday that seven people from the United States are slated to visit Japan as the first in a series of small-scale tours to assess the feasibility of resuming tourism from overseas.

A total of about 50 people from Australia, Singapore, Thailand and the United States are expected to arrive in Japan on the small-scale tours this month to visit various sightseeing spots with Japanese tour guides, according to the agency.

"With the Osaka Kansai World Expo coming up (in 2025), we hope that Japan will open up quickly, if only to attract more foreigners to become Japan's fans," Tokura said.