Japanese Defense Minister Nobuo Kishi and U.S. Defense Secretary Lloyd Austin on Thursday criticized North Korea's ballistic missile launches the day before as an act of provocation and a threat to international security.

During their phone talks, Kishi and Austin agreed to keep working closely toward reinforcing their alliance's deterrence and response capabilities in dealing with Pyongyang's military activities, and to further promote trilateral cooperation involving South Korea, according to Japan's Defense Ministry. 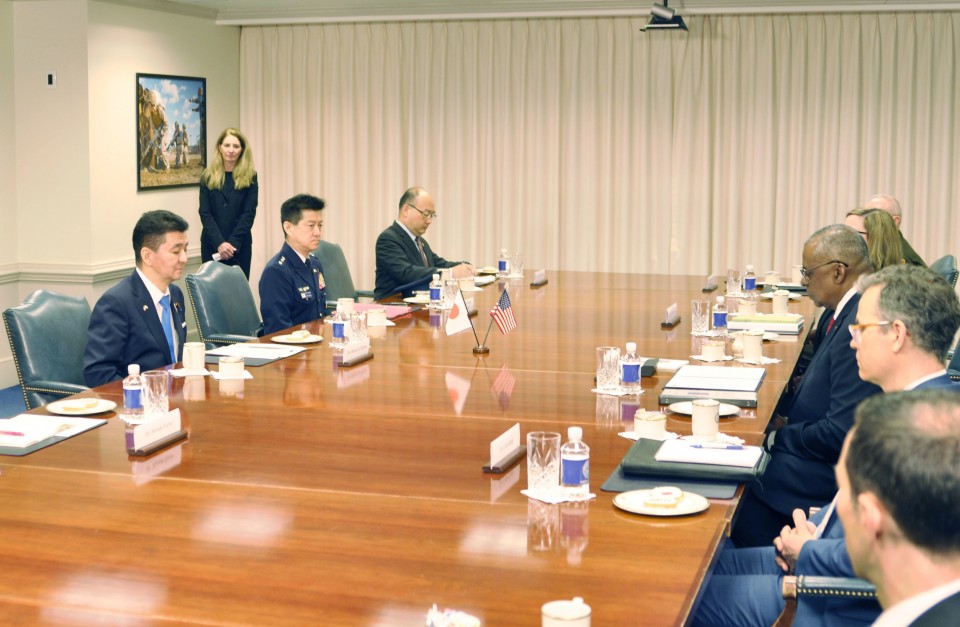 "The two ministers strongly condemned a series of ballistic missile launches by North Korea, which violates related U.N. Security Council resolutions and would threaten peace and stability of not only the region but also the international community," the ministry said in a press release.

Kishi was quoted by the ministry as saying that the missile firings by North Korea were "obviously a provocative act" and "absolutely unforgivable."

He told Austin the launches were apparently timed to coincide with talks by Japanese Prime Minister Fumio Kishida and U.S. President Joe Biden on Monday, and a summit meeting of the four-nation Quad group also involving Australia and India on Tuesday, both held in Tokyo, according to the ministry.

Pyongyang conducted the ballistic missile tests, the 15th since the beginning of this year, the morning after Biden wrapped up his five-day visit to South Korea and Japan on Tuesday, his first trip to Asia since he took office in January last year.

One of the three missiles fired off North Korea's eastern coast was of intercontinental range, the South Korean government has said. Concerns are growing that Pyongyang is preparing to conduct its first nuclear test since 2017.