However, with vote-counting still under way it remains unclear whether the Labor Party will be able to secure the 76 seats needed to form a majority government in the 151-seat House of Representatives. 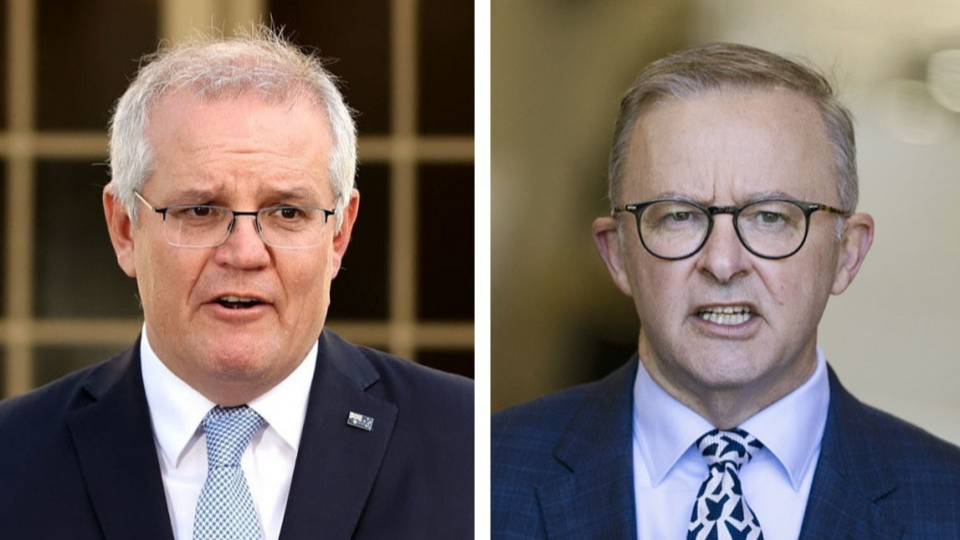 Flanked by his partner and son, Albanese delivered a victory speech to the party-faithful in Sydney, vowing to lead a government "as courageous and hardworking and caring as the Australian people are themselves."

"Tonight, the Australian people have voted for change," said Albanese. "I am humbled by this victory, and I'm honored to be given the opportunity to serve as the 31st prime minister of Australia."

Albanese confirmed that his leadership team will be sworn in on Monday, allowing him and incoming Foreign Minister Penny Wong to attend the Quad leaders' meeting in Tokyo on Tuesday, which will also involve Japan, the United States and India.

"I'm unbelievably excited and happy for the nation because we'll have a compassionate, decent and honest prime minister," said 53-year-old retiree Rebecca Kaiser, sporting a bright red shirt with "Team Albo" written on the back. Albo is the nickname of the Labor leader.

Earlier in the evening, Morrison delivered a concession speech in front of supporters at the Liberal Party headquarters in Sydney, saying, "I congratulate Anthony Albanese and the Labor Party, and I wish him and his government all the very best."

Morrison also said he will step down as leader of the Liberal Party but remain in parliament.

Albanese is a veteran lawmaker with 26 years in politics. Unlike other career politicians, he was raised by a single mother in government housing -- an experience he credits with teaching him the values of social justice and fairness.

"It says a lot about our great country that a son of a single mom who was a disability pensioner, who grew up in public housing...can stand before you tonight as Australia's prime minister," he said in his victory speech.

In his maiden speech to parliament in 1996, he described himself as "someone who will stand up for the interests of my electorate, for working-class people, for the labor movement and for our progressive advancement as a nation into the next century."

With Australians emerging from the COVID-19 pandemic facing higher levels of economic disparity through rising interest rates, inflation and a housing crisis, Albanese focused part of his campaign on understanding the common person, often harking back to his humble origins.

"(The people I speak to) just want to get ahead. Be rewarded for their hard work. Live a good life. Set their kids up to fulfill their potential. To make that possible, they need a better government," Albanese said while on the campaign trail.

Amid his own personal unpopularity, Morrison had sought to center the six-week campaign on the coalition's strengths of economic management and national security.

However, the release of record-high inflation data and an interest rate hike just weeks before the election served to undermine his touting of the coalition's economic management, as cost-of-living concerns dominated the minds of voters.

Deep dissatisfaction with both major parties has driven a surge in support for the minor parties and independents, with the Liberal Party on track to suffer major losses in a number of inner-city seats to so-called "teal" independent candidates who are loosely united on pro-environment and other policies.

Teal is a greenish blue, seen as a reference to the political alignment of the independents as a greener version of liberals whose symbol color is blue.

Speaking to supporters in Victoria during her victory speech, teal independent candidate Zoe Daniel exclaimed, "What we have achieved here is extraordinary."

"Safe Liberal seat, two-term incumbent. Independent!" the former journalist said as she was set to defeat a Liberal Party candidate.

Another huge blow to the Liberal Party is expected in the inner-Melbourne seat of Kooyong, where Treasurer Josh Frydenberg, tipped to be the future leader of the party, is on track to lose to teal independent candidate Monique Ryan.

Frydenberg told his supporters in Melbourne that it is "mathematically possible, but definitely difficult" for him to retain the seat of Kooyong.

More than 17 million Australians were enrolled to vote in the election, out of a population of almost 26 million. A record-equaling 96.8 percent of eligible voters over the age of 18 were registered, with voting being compulsory. 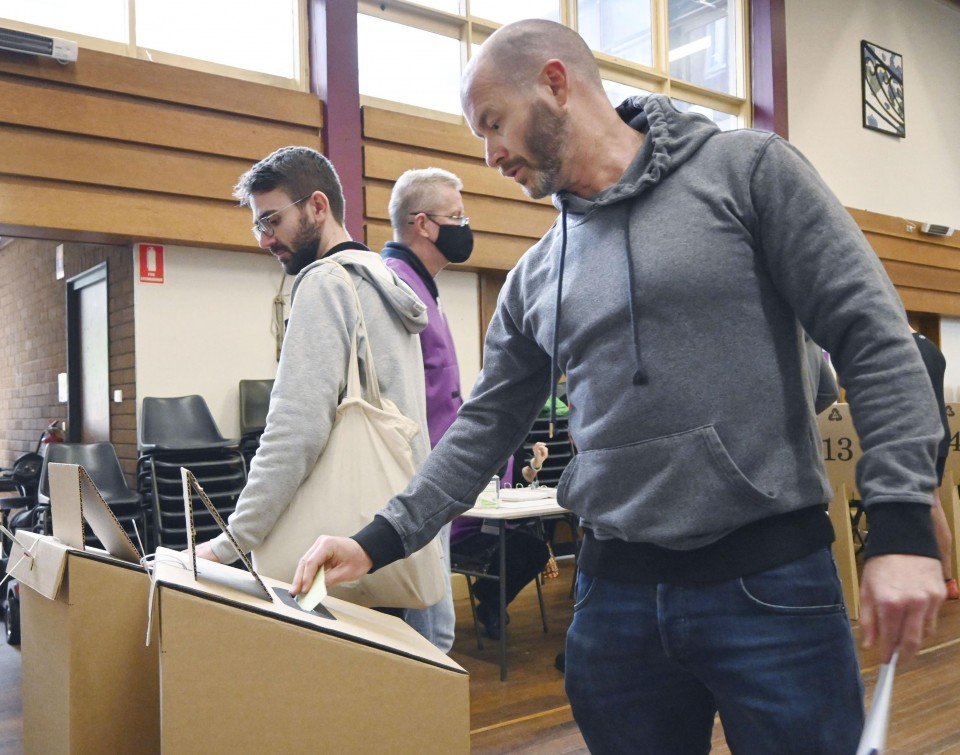 Voters cast their ballots in Australia's general election on May 21, 2022, at a polling station in Sydney. (Kyodo)

Australia PM calls for federal election on May 21

Australia to lift entry ban on cruise ships after 2 years