Yu Darvish turned in another quality start but a lack of run support led to his second loss of the 2022 campaign as the San Diego Padres were defeated by the Milwaukee Brewers 2-1 on Wednesday.

Darvish (4-2) was tagged with the loss in the series finale at Petco Park, pitching 6-2/3 innings and allowing two runs on three hits and two walks while striking out seven against the Brewers, who entered the game with a National League-leading 57 homers. 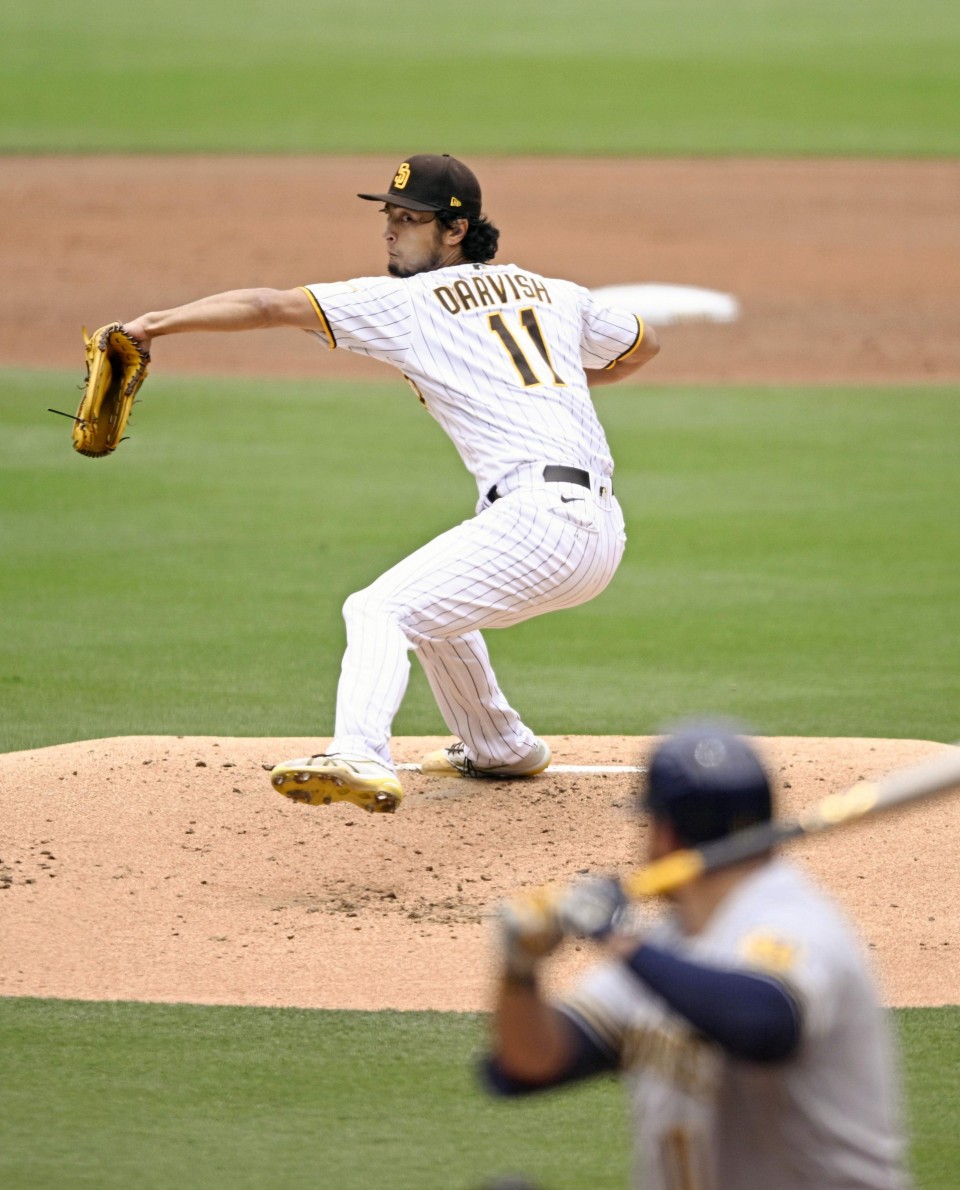 Yu Darvish of the San Diego Padres pitches during the second inning of a baseball game against the Milwaukee Brewers on May 25, 2022, at Petco Park in San Diego, California. (Getty/Kyodo)

The Japanese right-hander pitched six shutout innings before he gave up a full-count walk, back-to-back hits, including a game-tying double to Rowdy Tellez, and a go-ahead sacrifice fly to Tyrone Taylor in the top of the seventh.

"I pitched really effectively today. I was throwing hard and fast, and my body felt awake because it was an afternoon game," said Darvish, who threw a fastball reaching 98 miles (158 kilometers) per hour.

"It's too bad I walked the leadoff batter (in the seventh) and that led to two runs."

Darvish felt several times in the sixth and seventh innings he and his batterymate Austin Nola were not working in sync, and he will have some homework to do before his next start.