Maria Gudzii still recalls her sadness when she was forced to evacuate with her family after a reactor at the Chernobyl nuclear power plant in northern Ukraine exploded in April 1986 in what became one of the world's worst nuclear accidents.

Thirty-six years on, Gudzii has once again had to flee her home -- but this time, leaving her country, now in the third month of the Russian invasion, to seek refuge on the other side of the world in Japan. 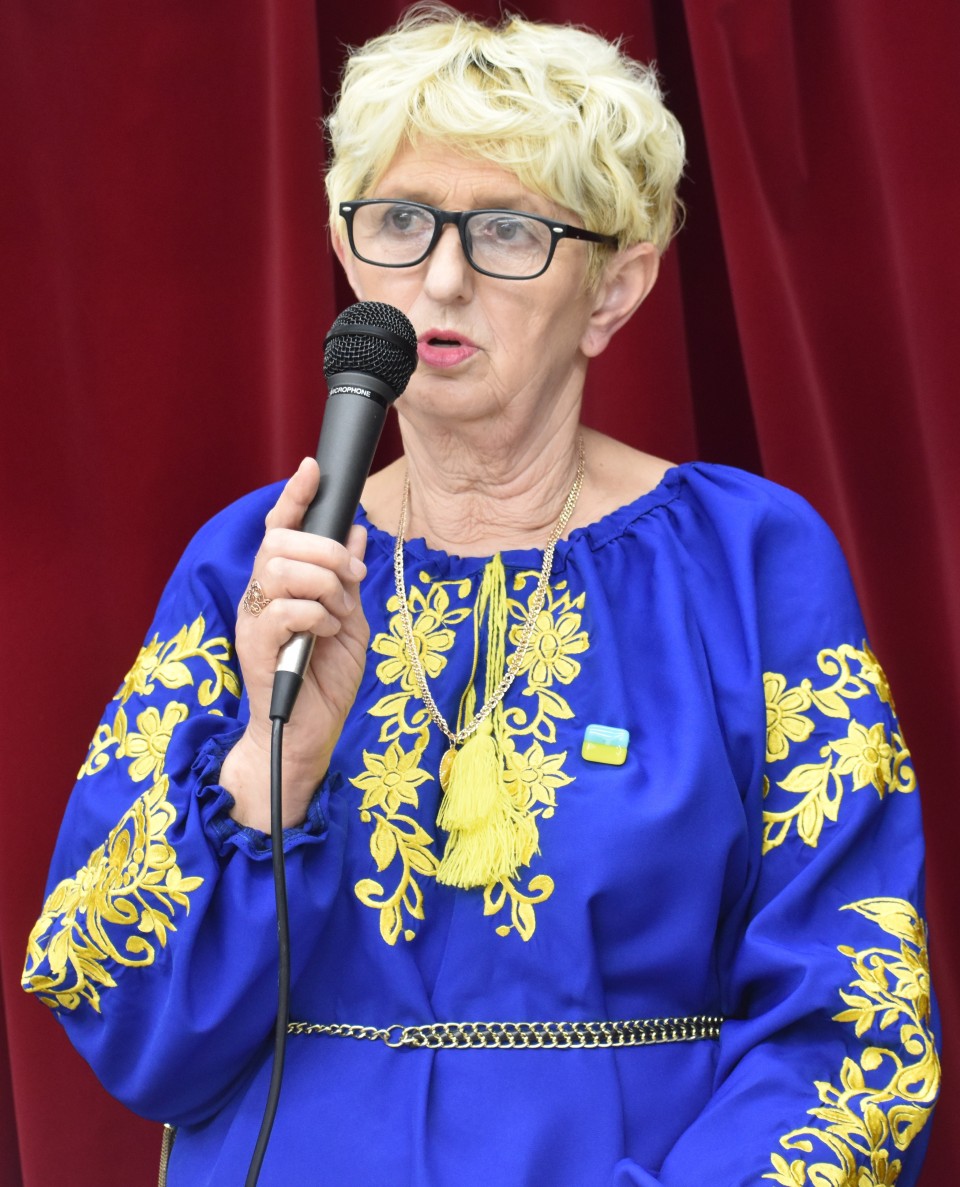 Maria Gudzii speaks at a Tokyo event marking the 36th anniversary of the Chernobyl nuclear accident on April 26, 2022. (Kyodo)

Gudzii, 68, lived alone in Kyiv after losing her 62-year-old husband Myhailo in 2012 to cancer caused by radiation from the accident at the Chernobyl plant, about 2.5 kilometers from the town of Pripyat. He was involved in work cleaning plant employees' uniforms at the time of the accident and continued in the job for several years afterward.

She initially did not think of evacuating when Russia launched its invasion of Ukraine on Feb. 24, but the escalating conflict increasingly made her, and a daughter already living in Japan, fear for her life.

In a gathering in Tokyo on April 26 to commemorate the 36th anniversary of Chernobyl, Gudzii recounted how 18 years ago she came to Japan with her husband Myhailo to speak about the nuclear disaster. Now, she is taking on that role on her own.

"Chernobyl has become a symbol of sadness. And the many evacuees from Chernobyl have also become such symbols," she said, adding that to this day, the aftereffects of the accident continue with people still suffering thyroid problems.

The Chernobyl disaster displaced about 330,000 people but the United Nations says more than 5 million people have so far fled Ukraine since the war, which has killed or injured more than 4,000 civilians in the country and shows no signs of abating.

Gudzii said she had never before experienced the kind of fear she felt after the current conflict broke out. In the early stages of the war, Russian forces temporarily seized the Chernobyl plant and she shuddered at the thought of another nuclear accident.

When she evacuated in 1986, she had her husband and four daughters by her side. They eventually started a new life in the capital Kyiv, living in temporary housing for those fleeing the Chernobyl disaster.

But when the war broke out earlier this year, Gudzii was living alone. She was not as agile as before and had given up her job as a flower arranger months earlier due to poor health.

At times in tears, at times in a quavering voice, Gudzii recounted the grueling journey of fleeing Ukraine that included an 11-hour train ride to Lviv, a city in western Ukraine near the border with neighboring Poland.

She had to stand up all the way inside the packed train and after alighting, had to walk 4 km toward the border. It would have been impossible without the help of a young couple she met along the way.

"I couldn't feel my feet anymore. While people around me were hurrying to get to the border, it was hard to walk. I actually told the couple to go ahead and leave me but they did not," she said. To cross the border, they had to wait in long lines.

What kept her going was the thought of reuniting with her 36-year-old daughter Kateryna in Japan. 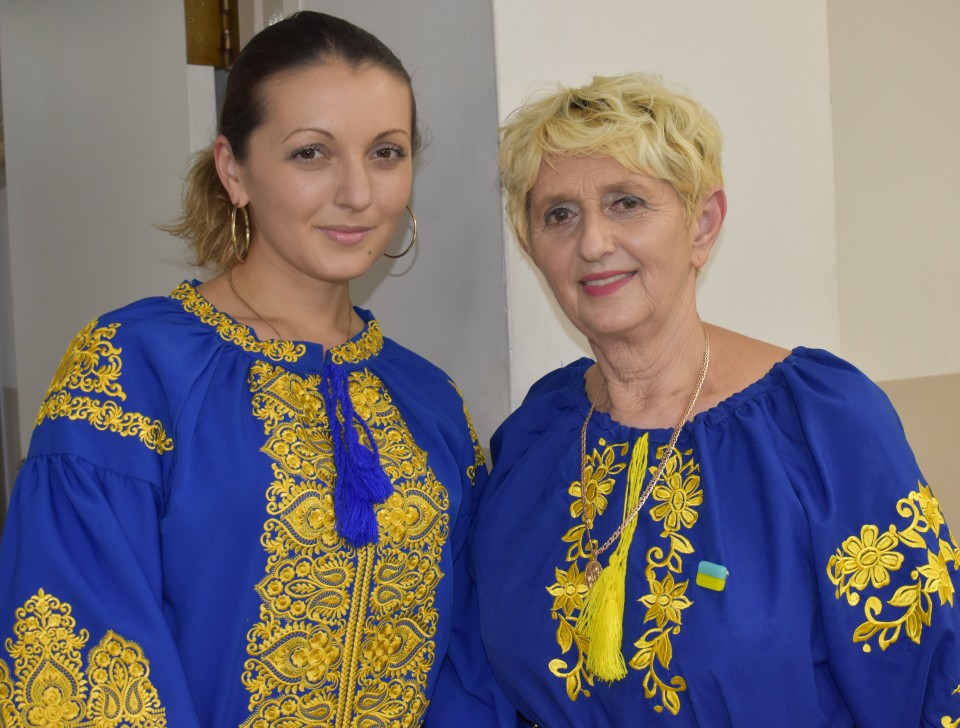 When she finally crossed to Poland, she felt relief at the welcome people there gave her. She stayed in two evacuation centers. But upsetting memories of the conflict would come rushing back whenever she heard the sounds of an airplane, helicopter or an ambulance.

It pained Gudzii to leave everything in Ukraine without a look back, including two of her daughters who are still living in the country with their families. She battled doubts about whether it was right for her to flee the country at all.

In Poland, she was fetched by the Japanese husband of Kateryna, who is now based in Japan and makes a living playing the bandura, a traditional Ukrainian stringed instrument. The mother arrived in Japan on March 21 via Britain. 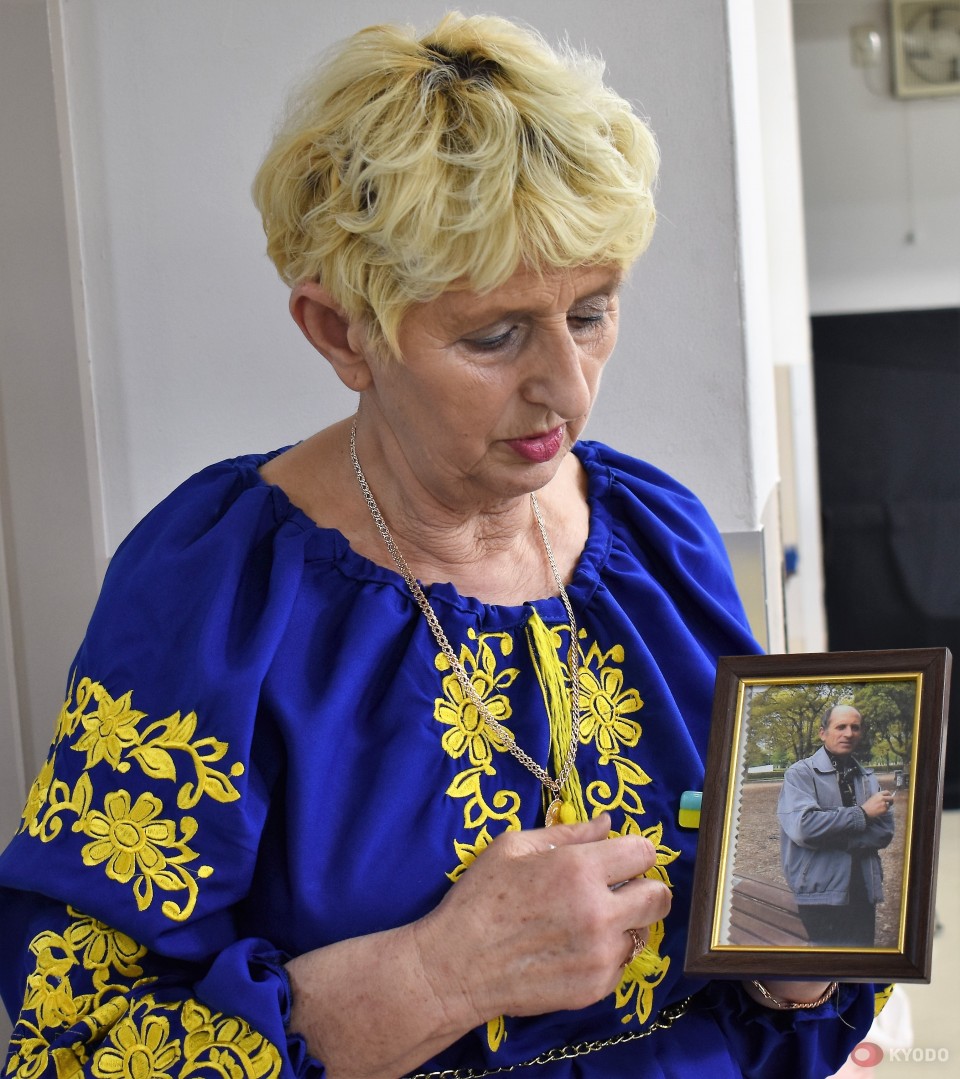 When finally reunited with Kateryna at Tokyo's Haneda airport, Gudzii remembered how she simply felt relieved and at peace. She was given a one-year visa for designated activities.

But challenges abound, as uncertainty looms over how Gudzii will be able to live in Japan hereafter as she cannot understand Japanese and is ineligible for financial aid from Japan as she is not considered an evacuee from Ukraine as defined by the government.

For now, she lives in office space that her daughter rents for her musical activities in Yokohama near Tokyo and accompanies Kateryna during performances nationwide. She also plans to sing on her daughter's album next month.

At the Tokyo Chernobyl anniversary event, she gamely responded to calls for an encore after her daughter gave a bandura performance and sang not a sad song about war but a lively Ukrainian song. She sang with hope that the war in her homeland will end and that there will always be peace in Japan, a country she calls her "second home."