Japan's House of Councillors on Wednesday enacted into law a bill for enhancing the country's economic security amid increasing geopolitical risks associated with Russia and China.

The four pillars of the new law include strengthening supply chains to stably procure semiconductors and other vital products as well as facilitating the development of artificial intelligence and other cutting-edge technologies through public-private cooperation.

They also include making certain patents related to sensitive technologies nonpublic and having the government screen equipment that infrastructure operators in such sectors as telecommunication and transportation plan to install to mitigate vulnerability to cyberattacks and other threats. 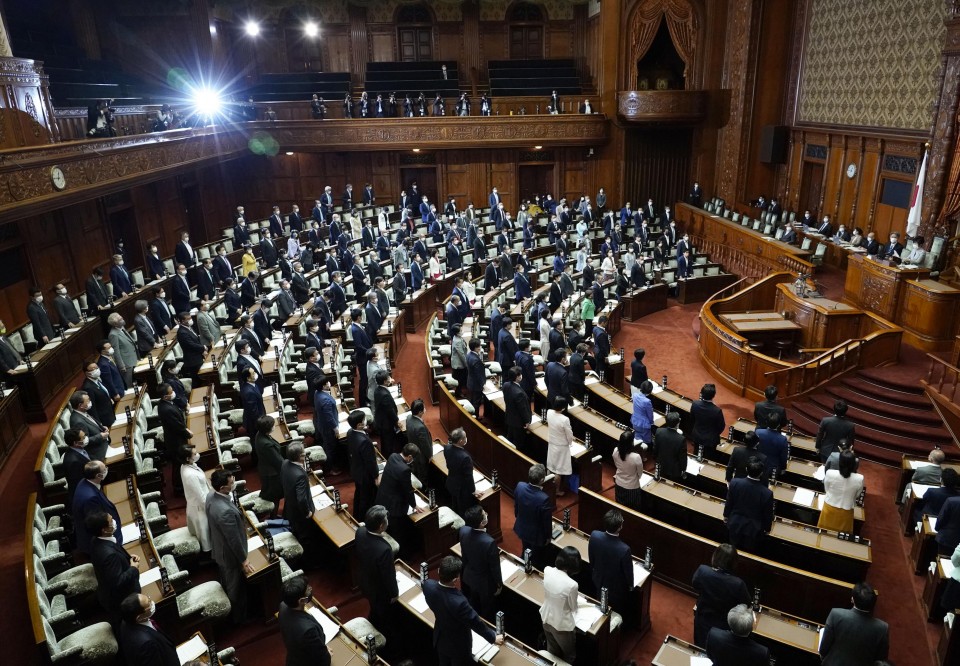 The House of Councillors passes a bill for enhancing Japan's economic security during a plenary session at the parliament in Tokyo on May 11, 2022. (Kyodo)

The measures will take effect in steps starting next spring.

The enactment of the law comes as China's rise has intensified global competition in the high-technology field and the security environment is rapidly changing amid Russia's invasion of Ukraine.

In the public-private cooperation area, an association will be set up for each research field, such as AI, and government-backed think tanks will provide information on overseas development.

The government will designate goods such as chips, pharmaceutical products and rare minerals as critical items to be closely monitored and for which it will financially support suppliers to help them stably procure them.

While the law calls for the government's support in the private sector, it also stipulates imprisonment of up to two years or a maximum fine of 1 million yen ($7,670) for those who leak undisclosed patent information.

As the details of the infrastructure equipment to be screened by the government will be separately set by ordinances that do not require Diet deliberations, businesses remain concerned about the ambiguity and the government's increased interference with their activities.

A nonbinding resolution was added to the bill stating that the independence of business activities shall be respected.