The Tokyo metropolitan government will hold a cycling event later this year with part of the course going across the iconic Rainbow Bridge, marking the first time that bicycles will be allowed to cross the bridge since it opened in 1993.

The event, set to take place on Nov. 23 and made up of three kinds of courses with different distances, will also go through the Odaiba tourist district and other bayside areas of the capital as part of the legacy of the Olympic and Paralympic Games held last summer, organizers said.

The section of the Metropolitan Expressway that runs across the bridge will be closed to make way for the event, for which around 3,000 people are expected to participate, with online applications opening from July.

"I want people to feel the charms of Tokyo and cycling as they ride around the city's landmarks on bicycles," Tokyo Gov. Yuriko Koike said at a press conference on Friday. 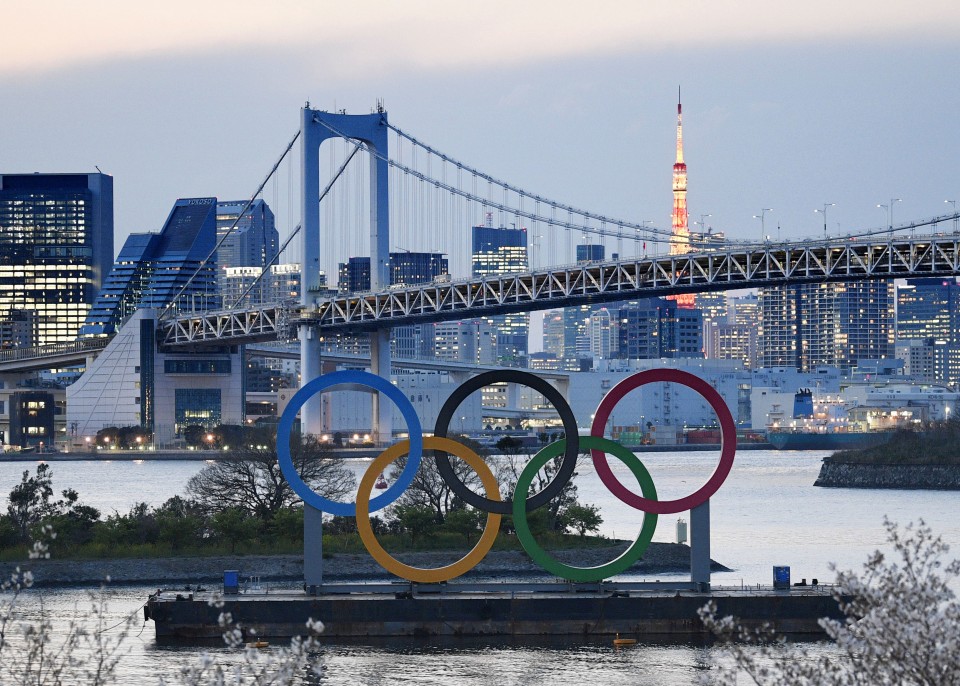 The Olympics rings are pictured in Tokyo's Daiba waterfront area on March 23, 2020, against the backdrop of Rainbow Bridge and Tokyo Tower.  (Kyodo) ==Kyodo