Japan's Cabinet approved Tuesday additional sanctions against Russia, freezing the assets of 398 Russian individuals, including President Vladimir Putin's two daughters and the wife of Foreign Minister Sergey Lavrov, and banning imports of vodka and other goods.

In step with punitive measures taken by the United States and European countries, Japan will freeze assets of 28 more Russian organizations, such as those related to military business, and two more lenders, Sberbank and Alfa Bank. The measure for the banks will be implemented on May 12. 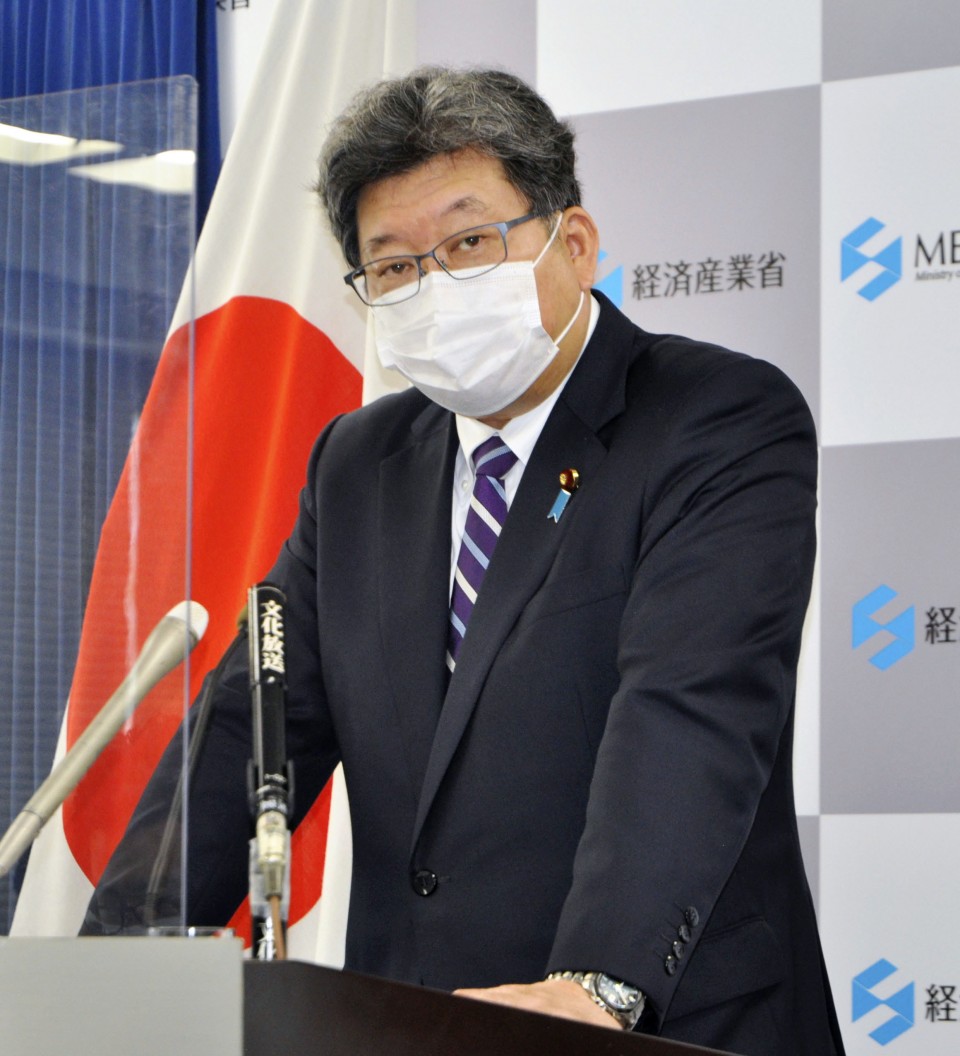 The government will also prohibit Japanese individuals and companies from making any new investments in Russia as it has continued invading Ukraine since late February.

With Putin's daughters -- Maria Vorontsova and Katerina Tikhonova -- added to the sanction list, the total number of Russian individuals, including military personnel and lawmakers, subject to asset freezes by Japanese authorities reached 499.

"To prevent a further escalation of the crisis, realize a cease-fire as soon as possible and stop the Russian invasion of Ukraine, our country must impose tough sanctions against Moscow while working with the international community," said Chief Cabinet Secretary Hirokazu Matsuno at a regular news conference.

On the same day, Economy, Trade and Industry Minister Koichi Hagiuda said the country will impose import bans on alcoholic beverages, some lumber products and machines from next Tuesday as part of additional sanctions against Moscow.

A total of 38 goods are subject to the ban. The imports are worth some 16 billion yen ($128 million) and account for about 1.1 percent of the country's imports from Russia.

Hagiuda reiterated at a press conference that Japan will accelerate the process of weaning itself off from energy supplied by Russia in line with a Group of Seven pledge made last week to expedite plans to end reliance on Russian energy.

Regarding a plan to phase out Russian coal, Hagiuda said, "At first, we will carefully assess electricity demand for the summer and winter, as well as the influence on industries," but did not elaborate on a specific timeline for stopping the imports.

Russian coal makes up 13 percent of that used for power generation and 8 percent of coking coal, used for steel manufacturing and other industrial productions in Japan.

The minister ensured that Japan will make up for the cut by diversifying energy sources and suppliers and encouraging energy-producing nations, except Russia, to increase output.

A trade ministry official explained goods subject to import bans had been selected because other suppliers could provide them, and the impact on the Japanese economy will not be significant.