The deficit was the highest since fiscal 2014, when the country's fuel imports for thermal power plants were elevated with all nuclear power plants offline in the wake of the 2011 nuclear disaster triggered by a massive earthquake and tsunami in Japan's northeast. 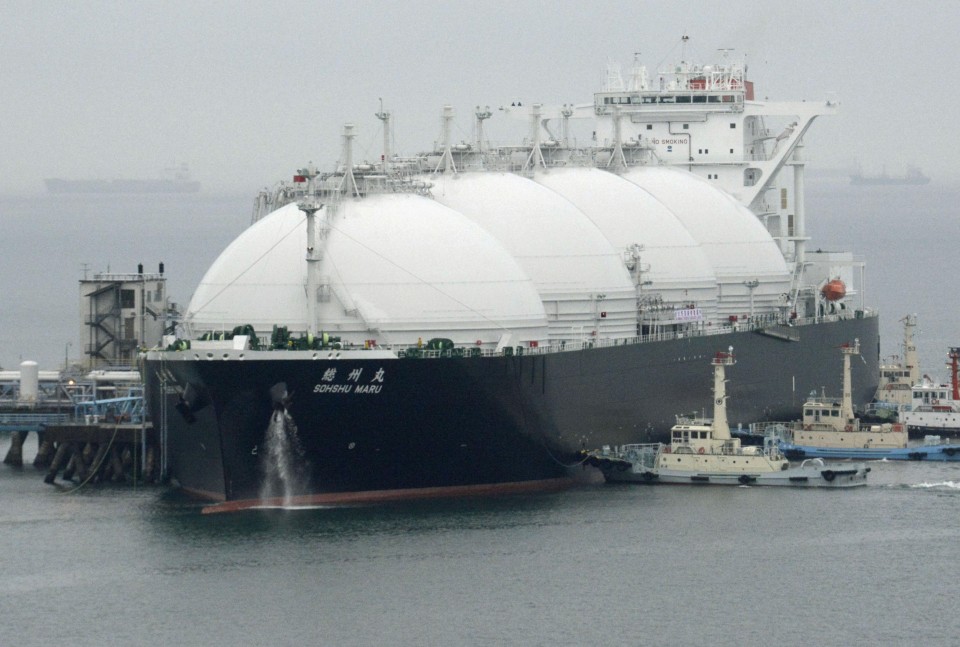 Imports grew 33.3 percent from the previous year to 91.3 trillion yen, the highest since fiscal 1979 when comparable data became available, with imports of petroleum up 97.6 percent, those of coal up 113.4 percent and those of liquefied natural gas up 58.8 percent.

Exports advanced 23.6 percent to 85.9 trillion yen, also the highest since fiscal 1979, as auto exports as well as those of iron and steel products rose with the economy gradually recovering amid the coronavirus pandemic.

By country, exports to the United States grew 23.9 percent to 15.4 trillion yen for the first increase in three years on more shipments of auto parts and chip-manufacturing devices.

Imports from the country surged 28.3 percent to 9.5 trillion yen for the first increase in three years as well, on an increase in the value of imports of medical products, liquefied petroleum gas and grains including corn.

Exports to China, Japan's biggest trading partner, grew 14.9 percent on the back of shipments of semiconductor-making equipment, among other items. Imports gained 14.9 percent as well on increased purchases of communication devices.

Looking ahead, Yuichi Kodama, chief economist at the Meiji Yasuda Research Institute, said the outlook will significantly depend on whether the Federal Reserve is able to engineer a "soft landing" for the U.S. economy through appropriate rate hikes in combating inflation.

Since the U.S. economy is "basically strong" and the Fed is "skillful" in steering monetary policy, "we expect it will manage the soft landing with inflation contained," Kodama said.

He also said the impact of economic sanctions on Russia following its invasion of Ukraine is expected to be reflected more significantly in trade data later.

Japan started imposing an import ban on 38 items from Russia, including vodka and some lumber products, on Tuesday as part of its economic sanctions against Moscow.

Meanwhile, Japan in March logged a goods trade deficit of 412.4 billion yen, remaining in the red for the eighth consecutive month, as high energy prices after the Ukraine crisis boosted the value of imports.

Imports grew 31.2 percent from a year earlier to 8.9 trillion yen, rising for the 14th consecutive month, the ministry said in a preliminary report, with imports of petroleum from the United Arab Emirates as well as coal and liquefied natural gas from Australia increasing significantly.

The figures were compiled on a customs-cleared basis.