East Timor's President-elect Jose Ramos-Horta said Thursday he expects his country to join the Association of Southeast Asian Nations in 2023 when Indonesia chairs the 10-member bloc.

During the 72-year-old Nobel Peace Prize laureate's first stint as president from 2007 to 2012, his government submitted its application to join ASEAN in 2011, at which time Indonesia also chaired the 10-member group.

"It would be highly symbolic if Timor-Leste were to join during the Indonesian presidency," he said in an interview with Kyodo News in the capital Dili, using the Portuguese name for the country. 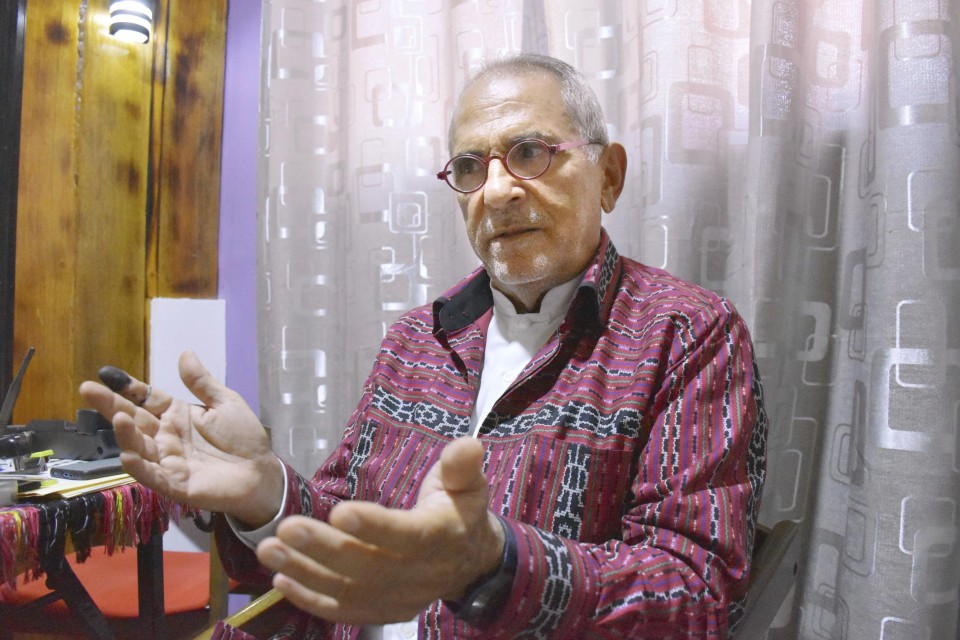 Jose Ramos-Horta speaks in an interview with Kyodo News on April 21, 2022, in Dili. (Kyodo)

After 400 years under Portuguese colonial rule, East Timor was controlled by Indonesia until a 1999 U.N.-sponsored referendum in which its people overwhelmingly voted for separation.

Despite the country's persistent poverty and high unemployment, Ramos-Horta said its people have enjoyed its independence while having good relations with neighboring Indonesia.

The country, which celebrates its 20th anniversary of independence on May 20, is still struggling to improve its economy due to a lack of prominent industries, though blessed with valuable offshore oil and gas reserves.

But Ramos-Horta, who was a leader of the independence movement, said only two decades have passed since independence and economic development takes time, as seen with long-independent countries in the region that still face poverty and other economic challenges.

"We have made tremendous progress in the last 20 years," he said, referring to an increase in life expectancy and better access to medical services, among other improvements in the standard of living.

ASEAN membership would likely open the door to more economic opportunities including an increase in foreign investment, Ramos-Horta said.

He will be sworn in on the independence anniversary for a second five-year term.