As the new school year in Japan gets under way this month, many parents make a fresh start in trying to get their children ahead by involving them in extracurricular activities such as English study or piano lessons.

But will the kids stick at it and succeed?

One brain expert says that to encourage a child's desire to learn and grow, it is more important to praise them for the progress they make rather than entice them with rewards for completing lessons -- a strategy all too often employed by parents. 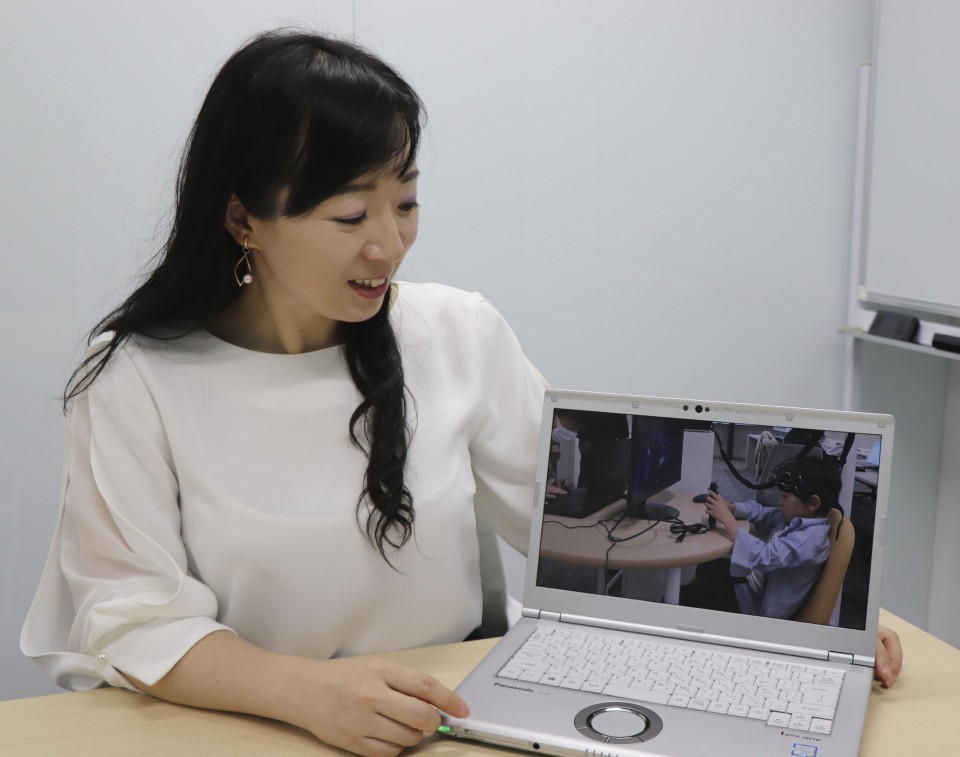 "It's important to nurture their ability to continue without getting hung up on their results at any one time," said Chihiro Hosoda, an associate professor of brain science at Tohoku University.

"The brain develops in order from the back to the front," said Hosoda, explaining that the development of the parietal lobe near the top and back of the head, which controls movement coordination, reaches its peak at around age 5 following the growth of the occipital lobe in the rear, responsible for visual perception, including color, shapes and motion.

Hence, children should start piano, swimming, and other physical activities around 5.

According to Hosoda, the frontal lobe, the most anterior part of the brain responsible for higher cognitive functions such as memory, creativity, and problem-solving, reaches peak growth when children are about 13 years old.

Perseverance is the key to brain development, she says. Children who start such lessons around 5 and carry them through by overcoming temptations to play, battling through difficulties, and exerting self-control will naturally acquire the ability. 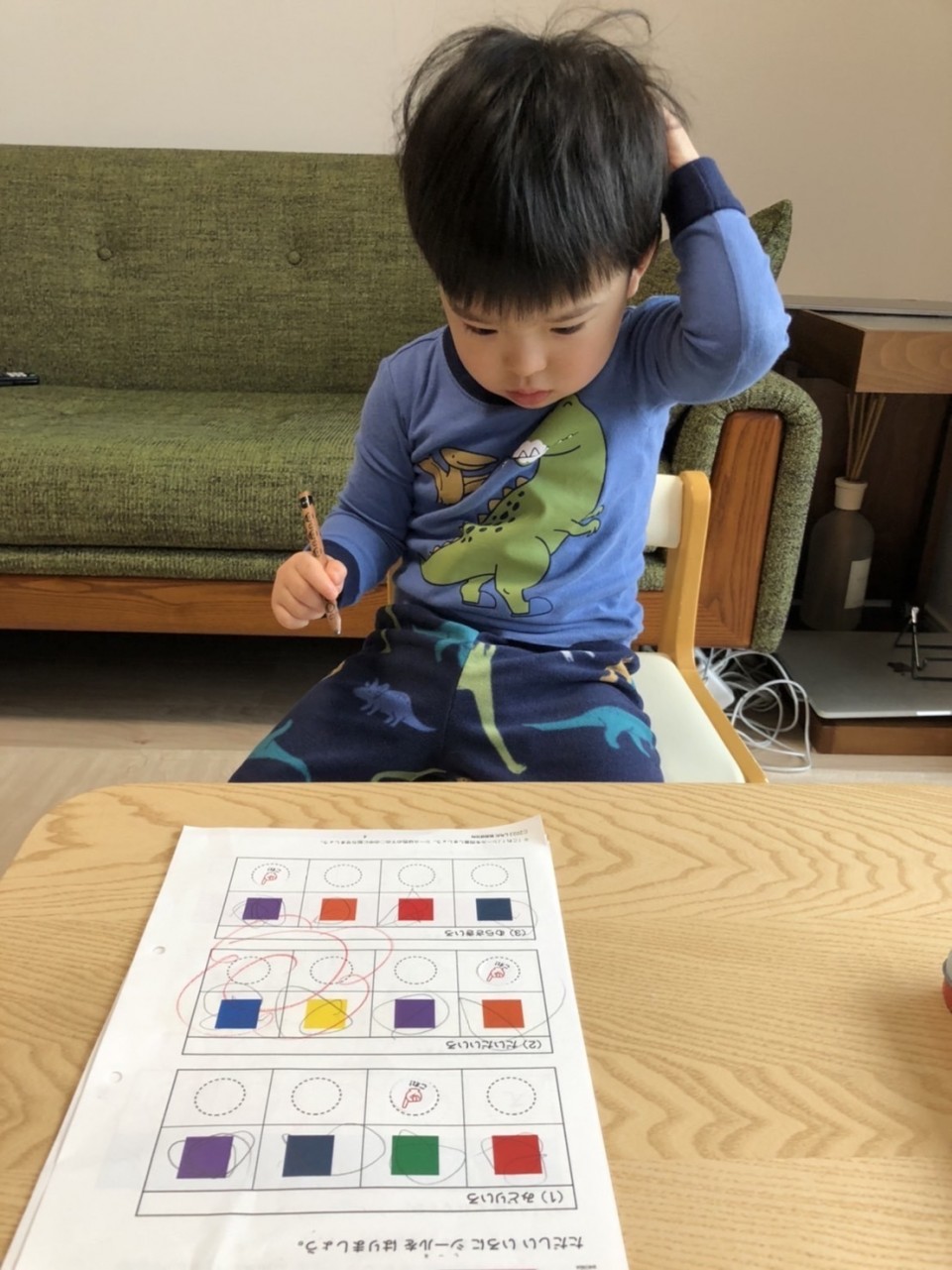 Photo taken in Kawasaki, near Tokyo, on March 30, 2022 shows a small boy getting mental training with a tough problem. (Kyodo)

"This is an ability that is necessary to become more competent in any field," she said, adding that this is achieved by diligently continuing a simple task such as memorizing one English word a day.

Hosoda says many parents might try bargaining with their kids by letting them watch videos for half an hour, for example, as long as they do their homework. But she says the method should be avoided, as it has an "undermining effect."

When children complete a task to gain a reward, i.e., extrinsic motivation, they become less willing to continue than those intrinsically motivated because they "truly wish to improve."

In the example above, extrinsically motivated children are more inclined to say they won't do their homework unless they can watch videos or even try to extend their screen time in exchange for doing their homework.

To solve this Hosoda emphasizes the importance of praising children. She says that children become intrinsically motivated and self-confident by giving them concrete praise for improvements. 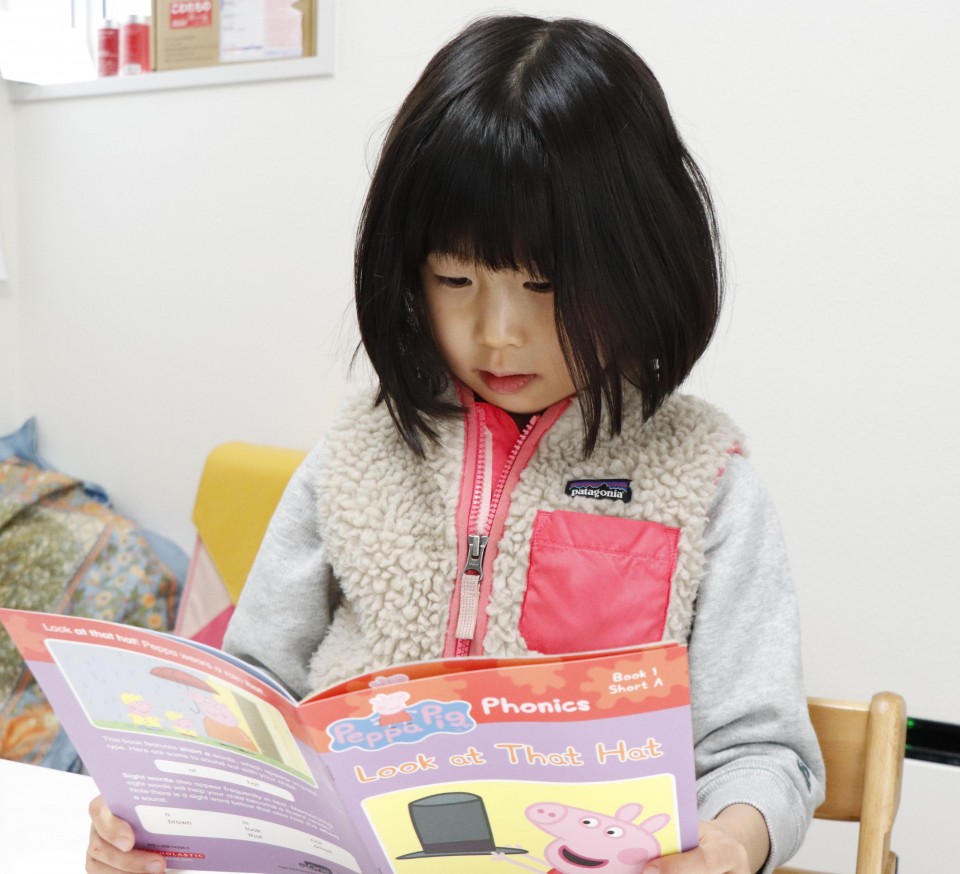 Photo taken on April 2, 2022, in Tokyo shows a girl who is entering elementary school this spring practicing English. (Kyodo)

But even if a child gets a perfect test score, parents should be mindful not only to praise them for the "great result" but for their growth, using expressions such as "you were able to solve some difficult problems that you weren't good at before."

Parents should also objectively assess their children's ability and growth as they learn. Otherwise, without adequately understanding their child's situation, they may compare them with classmates and implant a negative preconception that they "can't do it."

Parents may also weaken their children's self-esteem by forcing them to solve problems beyond their capability.

"It is important for parents to repeat conversations with their children and find ways of helping them overcome their weaknesses rather than look for their shortcomings," Hosoda said.