Japan on Tuesday sent bulletproof vests and helmets from its Self-Defense Forces to Ukraine in a rare delivery of such equipment to a country under armed attack.

The delivery of SDF supplies reflects Japan's increased commitment to helping Ukraine amid the Russian aggression and comes after the government revised its guidelines on the transfer of defense equipment to make the shipment possible. 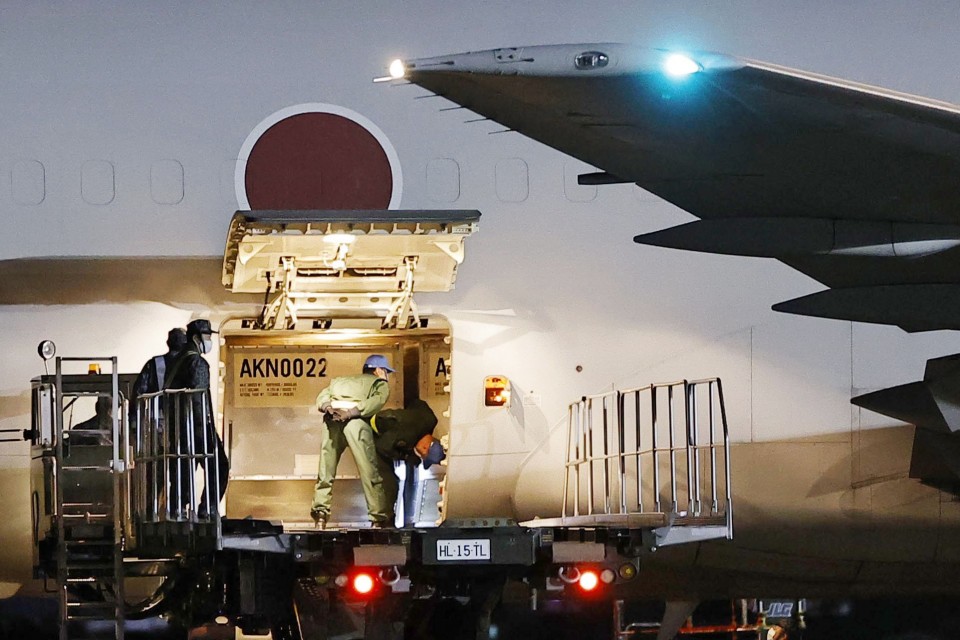 Preparation is under way at the Japanese Air Self-Defense Force's Komaki base in Aichi Prefecture, central Japan, on March 8, 2022, to airlift SDF bulletproof vests and helmets to Ukraine. (Kyodo)

A KC-767 aerial refueling and transport aircraft carrying the supplies left the Air Self-Defense Force's Komaki base in central Japan on Tuesday night for Poland.

Other nonlethal items, including tents, winter clothing, emergency food items, hygiene products, cameras and power generators, will be delivered as soon as they are ready, according to the Defense Ministry.

"We will deliver the goods by SDF aircraft and via other means as soon as possible," Chief Cabinet Secretary Hirokazu Matsuno said at a press briefing. 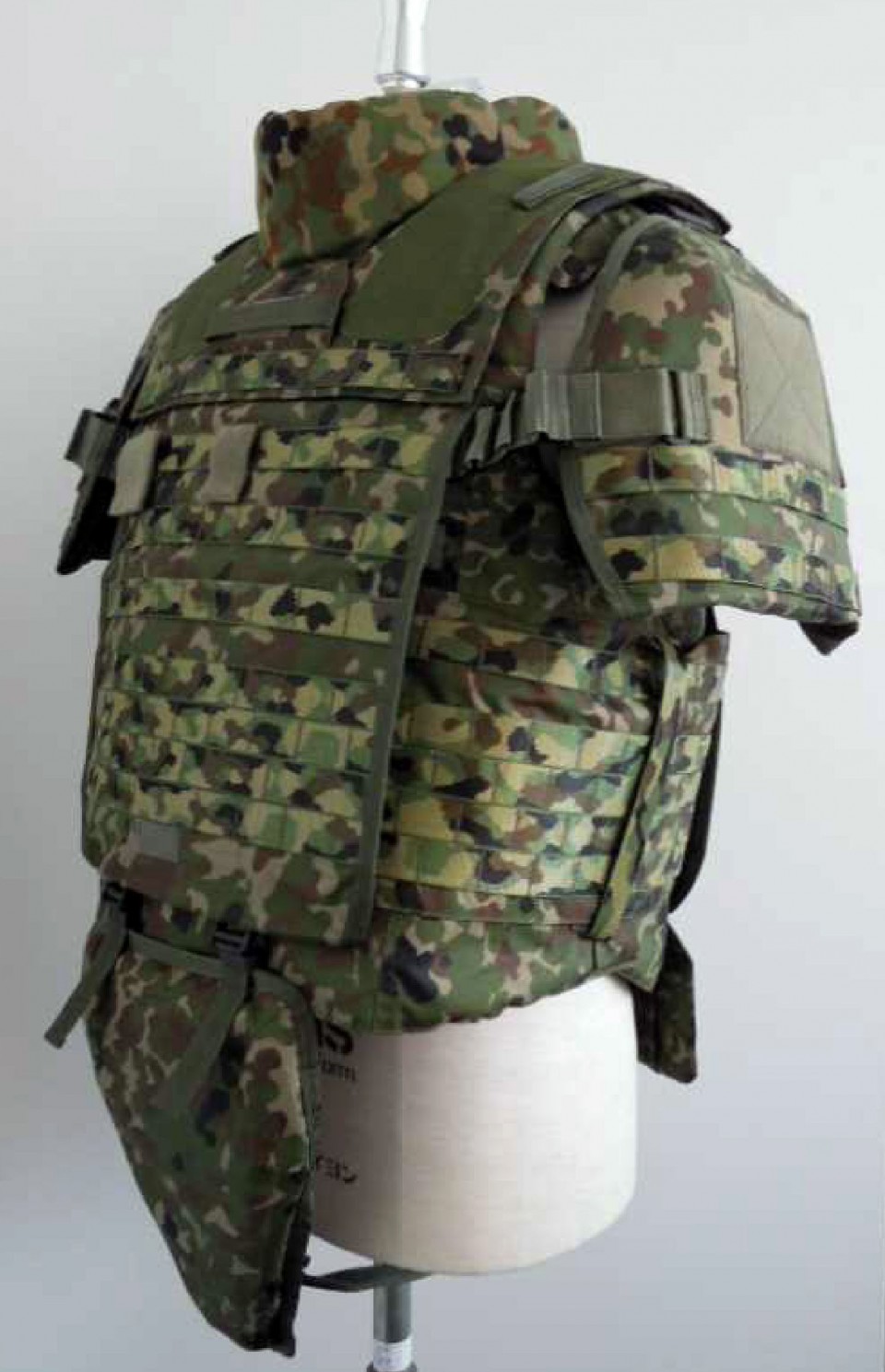 Japan does not plan to provide lethal weapons, Matsuno said, drawing a clear line with the United States and European nations that are moving to help Ukraine bolster its defenses.

The top government spokesman said it is "critically important" for Japan and its national security to extend support to Ukraine and respond resolutely with other nations to the Russian aggression. He said the Russian onslaught violates international law and has "shaken the international order to its core."

Japan has strongly criticized Russia's invasion, saying it has undermined Ukraine's sovereignty and territorial integrity as the attack has entered its second week despite an international outcry and sanctions. Besides delivering defense supplies, the government has pledged to take in people fleeing Ukraine.

Within the limits of the pacifist Constitution, Japan has three overarching principles specifying when the overseas transfer of its defense equipment should be prohibited and allowed. Recipient countries are obliged to ensure proper control over equipment delivered by Japan.

Defense Minister Nobuo Kishi said the delivery of goods is to show solidarity with the people of Ukraine who continue to resist the Russian invasion and Japan will extend "as much support as possible."

"The provision is part of efforts to bring peace and security to the world and serves the purpose of the three principles," Kishi told reporters.

The guidelines state how the principles should be applied in practice, and an updated version, approved Tuesday, says equipment assigned by the defense minister based on the SDF law can be provided to "Ukraine, which has been invaded in violation of international law."

Some lawmakers from the ruling Liberal Democratic Party had wanted the guideline revision to leave open the possibility for future shipments of defense equipment to other "nations and regions," given the heightened tensions between Taiwan and China.

The Ukrainian crisis has reverberated beyond Europe, prompting Japan to say any unilateral change to the status quo by force should not be allowed in East Asia. Beijing regards self-ruled Taiwan as a renegade province to be reunified with the mainland by force if necessary.

Former Prime Minister Shinzo Abe reviewed Japan's embargo on arms exports in 2014 and adopted the current principles on the transfer of defense equipment.

The shipment of defense supplies to a country "party to a conflict" is banned under the rules.

The Japanese government has taken the view that the term, meaning "a country against which the U.N. Security Council is taking measures to maintain or restore international peace and security in the event of an armed attack," does not apply to Ukraine. 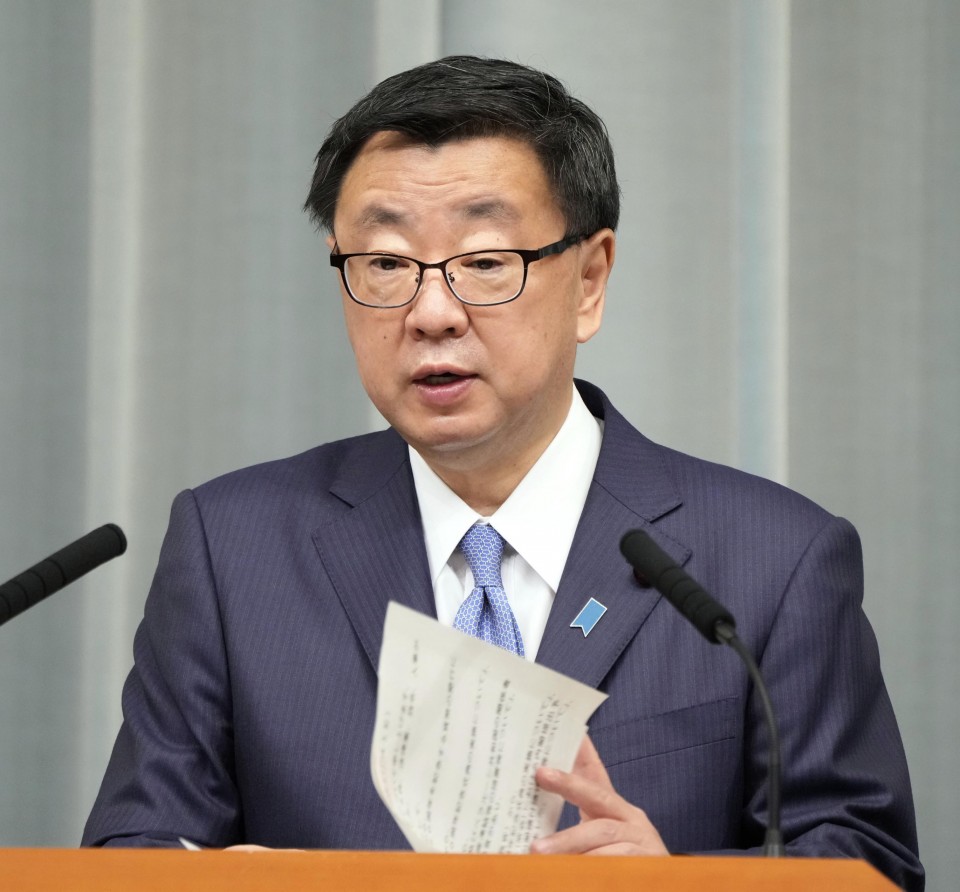