"I intend to closely work with the new president to improve Japan-South Korea ties," Kishida told reporters, underscoring that a healthy relationship between the neighboring countries is crucial for global peace and stability. 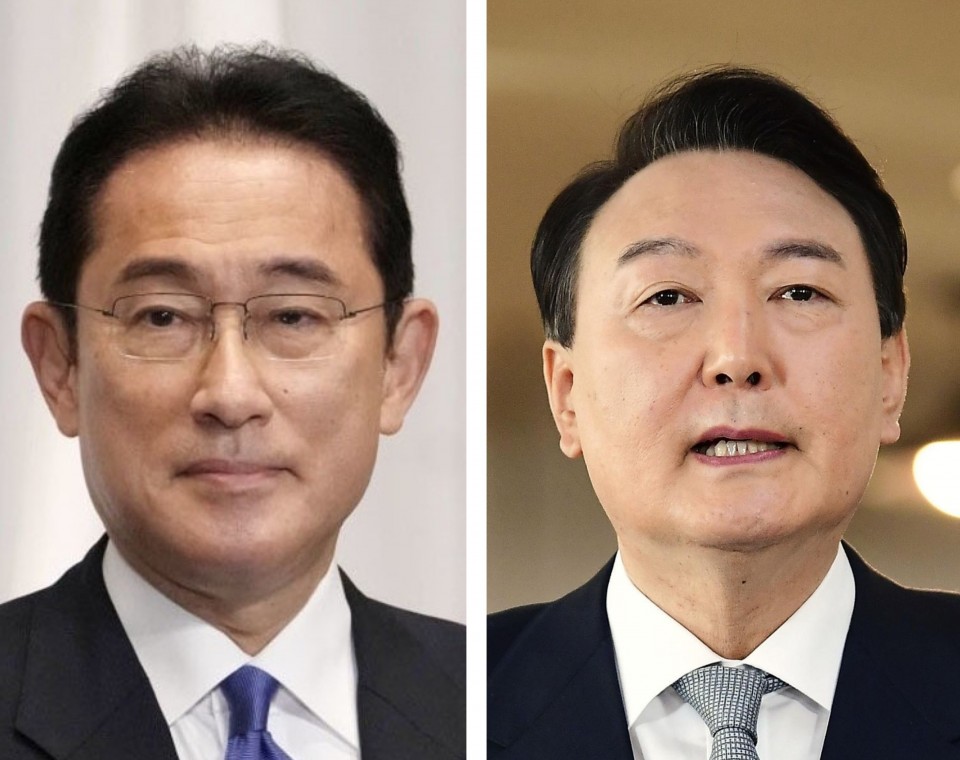 Amid the Ukraine crisis that has brought about a major shift in global relations and North Korea's repeated missile launches in recent weeks, Kishida also said trilateral cooperation between Japan, the United States and South Korea is important.

Regarding the issues of requisitioned Korean workers and "comfort women," a euphemism for women procured for Japan's wartime military brothels, Kishida said, "It is important to closely communicate with the new president and his government to regain a healthy relationship based on Japan's consistent stance (on the matters)."

"Japan-South Korea relations are in difficult circumstances, and we cannot leave them as they are," Kishida said.

Bilateral ties have sunk to the lowest level in decades since Seoul effectively nullified a 2015 agreement to "finally and irreversibly" resolve the comfort women issue and South Korea's top court in 2018 ordered two Japanese companies to pay compensation to former requisitioned workers, a ruling Tokyo dismissed as a violation of international law.

Japan maintains that Seoul, rather than Tokyo, must act to resolve the issues.

"We hope the two countries will work even more closely together at the level of their leaders and more broadly, and establish a future-oriented relationship based on the 1998 Japan-South Korea partnership," said Masakazu Tokura, chief of the Japan Business Federation, the country's biggest business lobby also known as Keidanren, in a statement.

Tokura said the two sides have many areas in which they can cooperate, including global warming, low birth rates and the graying of their populations.

The election outcome was also welcomed by the Korean community in Japan, with many voicing hope for positive changes under the leadership of Yoon, who vowed to build a "future-oriented" relationship with Japan.

"There is a part of me that is hopeful as (Yoon) says he will improve relations," said Sin Hui Sun, 60, who runs a makeup shop in Tokyo.

"I will be happy if the two countries become friendly and the economy gets better," Sin said.