Ukraine said Wednesday more than 2,000 of its citizens have been killed in the Russian invasion of the Eastern European nation, while the U.N. refugee agency reported the attacks have forced over 870,000 people to flee the country.

The bleak figures came as the Russian aggression on the former Soviet republic has entered its seventh day, with focus being given to whether officials from the two countries can reach a cease-fire during their second round of talks planned for Wednesday night.

Russian troops have escalated their attacks on Ukraine, with a university and a police building hit by missiles Wednesday in Kharkiv, Ukraine's second-largest city in the eastern part of the country. The buildings were damaged and set on fire. 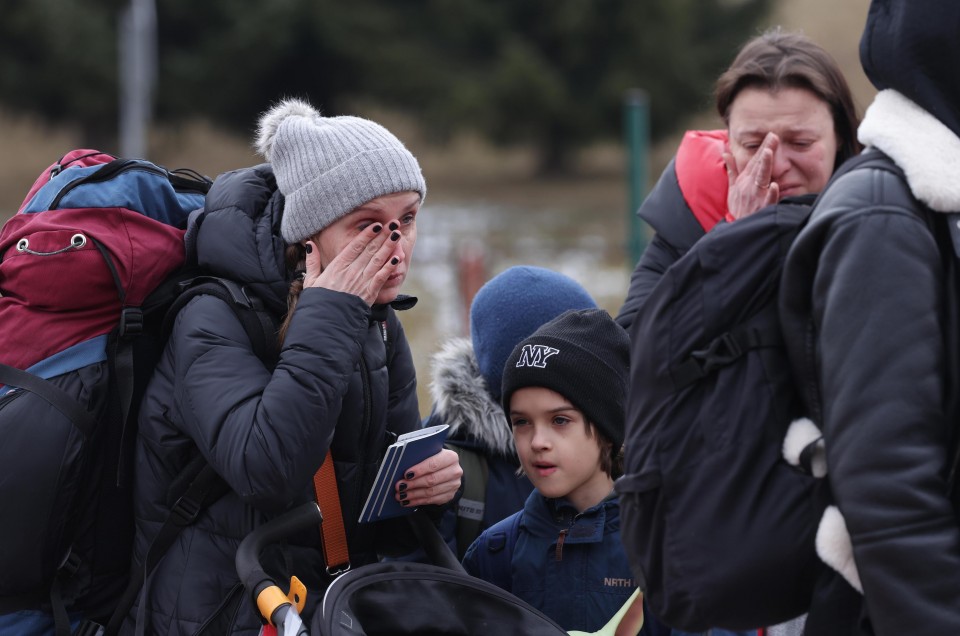 Distraught women and children fleeing Ukraine wait to cross into Poland at Korczowa crossing on March 2, 2022, near Korczowa, Poland. (Getty/Kyodo)

Military experts say Russia may be targeting key infrastructure facilities in its attacks to mount more pressure against Kyiv and negotiate a cease-fire to Moscow's advantage.

There is conflicting information about management of the Zaporizhzhya Nuclear Power Plant, the largest nuclear plant in Ukraine located in the country's southeast.

The International Atomic Energy Agency said Wednesday that Russia told the U.N. nuclear watchdog it had put the facility under its control, a claim denied by Ukraine media, saying the power plant is still managed by Ukrainian authorities.

On Tuesday, Russian forces fired at the main television tower in the Ukrainian capital, killing at least five people.