China's telecom-equipment giant Huawei Technologies Co. said Monday its revenue for 2021 plunged 28.6 percent from a year earlier against a backdrop of the export-control measures imposed by the United States on security grounds. 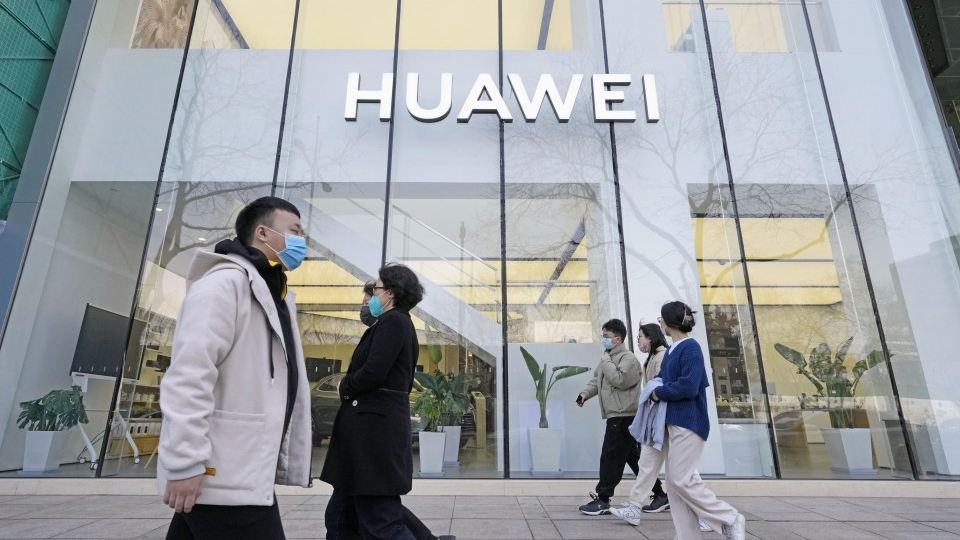 Before the United States began to slap sanctions on Huawei, alleging it engaged in spying activities in conspiracy with the Communist-led Chinese government, the major smartphone maker was regarded as one of the leaders in setting 5G standards in the world.

The latest results came as Huawei has been struggling to procure key components such as semiconductors due largely to the sanctions levied by the administration of former U.S. President Donald Trump.

Some analysts say Huawei's corporate performance may deteriorate as the manufacturer is still entangled in security and economic tensions between the leadership of Chinese President Xi Jinping and Joe Biden's government.

In December 2018, Canada arrested Huawei Chief Financial Officer Meng Wanzhou in Vancouver at the request of the United States, which accused her of helping the company evade U.S. sanctions on Iran.

Meng, daughter of Huawei's founder, Ren Zhengfei, was released by Canada in September 2021, but the U.S. sanctions on the firm remain in place. Ren is a former engineer in the Chinese military.

Beijing and Washington have also remained at odds over several issues including trade, state-of-the-art technology and China's alleged human rights violations in Hong Kong and Xinjiang, as well as its security challenges to Taiwan.

On Monday, Meng made her first public appearance at Huawei's headquarters in the southern city of Shenzhen since she returned to China from Canada, where she had been under house arrest.