With 60 million barrels in total to be released jointly by the 31 IEA members, Japan ranks second in share after the United States, which will release 30 million barrels, Hagiuda told a press conference.

The IEA accord reached Tuesday is meant to prevent the attack on Ukraine by Russia, one of the world's major oil producers and largest exporter, from causing further supply concerns. 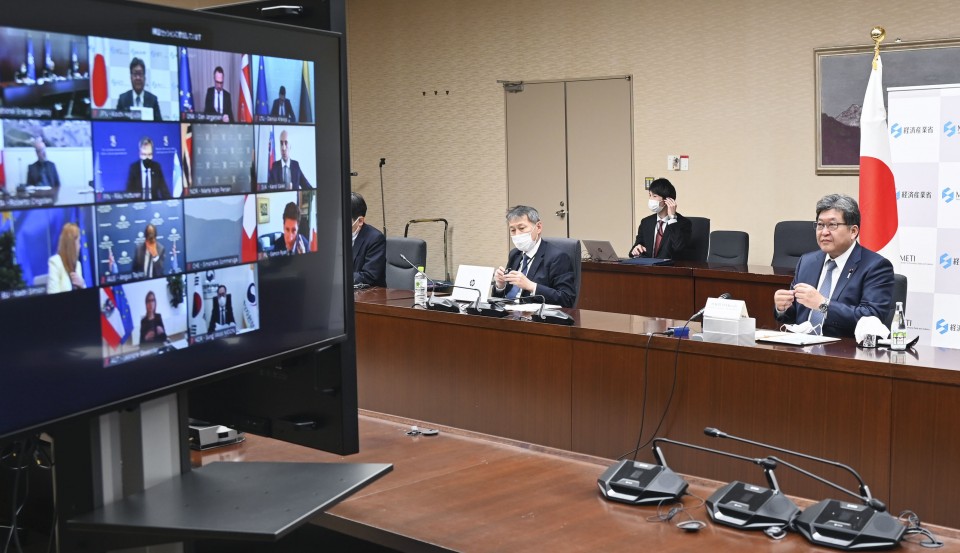 The 7.5 million barrels to be released by Japan corresponds to about four days of domestic consumption, with the government set to reduce mandatory private-sector oil reserves to 66 days' worth from the current 70 days' worth for a month, according to the industry ministry.

"We will continue to encourage oil-producing nations to increase their output," Hagiuda said.

Global oil prices have been surging, also spurred by a rapid recovery of economic activities after the coronavirus pandemic downturn. So far, the Paris-based agency's announcement of an oil reserve release has had limited effect in curbing prices.

Moscow's invasion of the former Soviet republic launched Feb. 24 has fueled fears that an unstable global energy supply could put the world economy at risk during a fragile stage in its recovery from the pandemic.

The IEA said its members hold emergency stockpiles totaling 1.5 billion barrels. The coordinated drawdown is the fourth in the history of the agency, which was created in 1974, with the last one taking place in 2011 amid a disruption to oil supplies from Libya.