A Japanese government panel on Monday recommended abolishing the current 100-day remarriage ban for women after a divorce, in line with scrapping a century-old Civil Code provision that determines legal paternity.

Under existing law, only women face a 100-day waiting time to remarry after divorce. Critics have been seeking a review of what they say are outdated and discriminatory rules on remarriage and legal paternity. 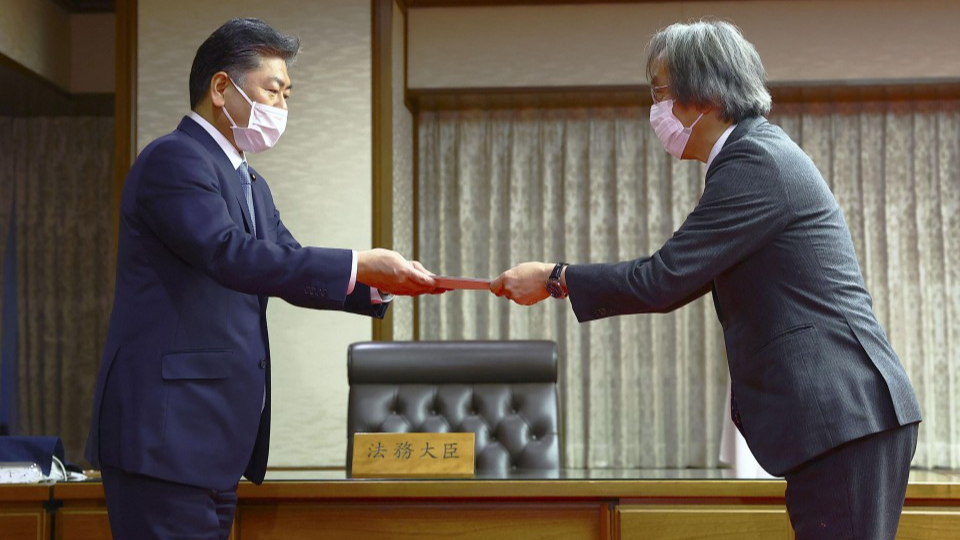 Following the recommendation of the Justice Ministry's Legislative Council to Justice Minister Yoshihisa Furukawa, the government now aims to pass the proposed landmark changes to the 1898 Civil Code possibly sometime in fiscal 2022, ending in March next year.

This provision had been in place to protect the child's welfare by swiftly determining the child's legal father.

While the provision on legal paternity referring to "within 300 days of divorce" will remain intact, the panel's proposed changes would give an exemption to cases in which a woman has remarried at the time she gives birth. In such cases, her child would be recognized as the child of her current husband.

Under the existing provision, the claims for legal paternity by the former and current husband would overlap if the woman remarries shortly after divorce and gives birth after 201 days or up to 300 days.

Because such claims would no longer overlap, after the changes are made, the 100-day remarriage ban on women would also be scrapped.

The current provision on legal paternity has been reviewed mainly to stop a growing number of children from having no family registry, which puts them at a disadvantage in availing a range of health and other services.

Of 825 individuals without family registry as of January this year, about 70 percent constituted cases whereby mothers did not submit birth notifications because of the current legal paternity rule, according to the ministry.

Many women have opted not to submit notification of the birth of their child with their current partner to avoid having their former husband recognized as legal father of the child.

Some of them have fled from domestic violence of their former spouses or were still under divorce proceedings but have conceived a child with their current partners.

The proposed amendments to the Civil Code also include giving the mother and child the right to file for court arbitration to deny the presumed legal right to her former husband. Currently, only the husband is allowed to do so but there are cases where gaining his cooperation proves difficult.