Moguls skier Daichi Hara is readying himself for a memorable final act at the Beijing Olympics before swapping his ski bindings for pedals as he shifts his entire focus to carving out a career in Japanese professional keirin cycling.

On Saturday night, the Japanese will call quits on his freestyle skiing career, hopefully with a second Olympic medal around his neck.

"It will be the culmination of a career which has required me to put everything on hold," Hara said. "When this is over, I want to focus on keirin...I'm happy with what I have achieved." 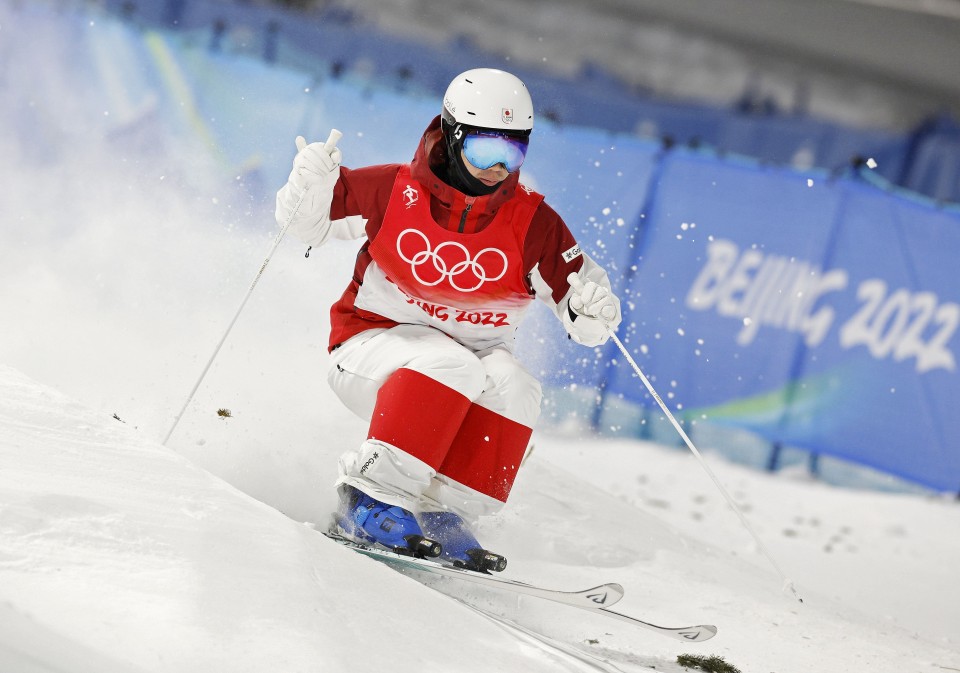 Daichi Hara of Japan competes in the men's freestyle skiing moguls qualification round at the Beijing Winter Olympics at the Genting Snow Park in Zhangjiakou on Feb. 3, 2022. (Kyodo) ==Kyodo

The 24-year-old snagged the eighth rank in the first qualifying round at Genting Snow Park on Thursday, making the top 10 along with compatriot Kosuke Sugimoto to book a direct spot in the 20-man final.

But his road to this point of his Olympic career has seen some unique twists and turns.

In his Olympic debut at the Pyeongchang Winter Games in 2018, he came from nowhere to win moguls bronze, after not having ever reached a World Cup podium to that point.

He repeated his bronze performance at the world championships in Utah in February 2019, building a reputation along the way for his ability to come up large in the highest pressure moments.

His steady rise brought with it expectations for future success, but three months after his worlds bronze he put his skis in cold storage and joined a keirin training academy.

The keirin event originated as a sport for gamblers in Japan before becoming an Olympic event at the Sydney Olympics in 2000. It is unique among track cycling events in that riders are led out by a motorbike called a derny before engaging in a sprint to the line.

Those with professional keirin aspirations in Japan must train for about a year at the strictly-run Japan Institute of Keirin, situated in the city of Izu in Shizuoka Prefecture.

Daichi Hara speaks in an interview after passing the graduation test at the Japan Institute of Keirin, situated in the city of Izu in Shizuoka Prefecture, central Japan, in February 2020. (Kyodo)

In May 2020, Hara made his pro debut on his keirin bike and now he is a licensed A2 rank rider.

There are a total of six ranks that competitors can obtain in Japanese keirin racing. SS is the highest rank with S1, S2, A1, A2 and A3 sitting below. All new keirin graduates begin their careers at the A3 rank and progress as they gain experience.

"Training is tough, but I'm having fun. I want to aim for the top," Hara said.

Hara has been spending 80 percent of his time training for keirin and the rest on moguls, juggling the two sports by visiting a water jump facility between his keirin training to work on his aerials, the aspect of moguls racing he considers his weakness.

His two-wheel mentor and S1 rider Kei Wada has nothing but respect for what Hara has achieved on track and snow, saying the focus required as a keirin rider is draining enough by itself. He cannot imagine trying to meet the demands of another elite level sport at the same time.

Hara says the fitness and skills he developed on the bike have helped him become a better moguls skier, and there are benefits to being a dual-sport athlete.

"It helps me during the takeoff of a jump and when I make sharp turns on bumps," he said.

Despite the long break from the snow, Hara managed a second place at a World Cup in December, his best ever result on tour.

Hara said the Olympic medal he won four years ago, the first for a male Japanese moguls skier, has brought more pressure than he wants, but he got the Pyeongchang feel back in Thursday's qualification run and believes he has the tools he needs to regain his confidence.

"If I think too hard, I won't be able to enjoy this precious games experience," he said. 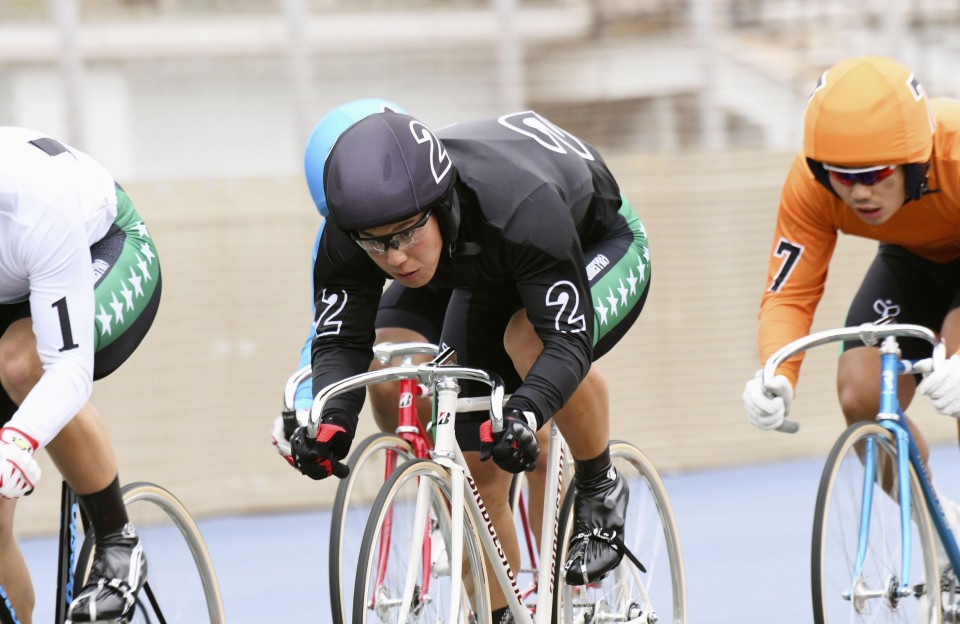 Daichi Hara (C) competes in a keirin race on May 15, 2020, in Hiroshima, western Japan. (Photo by Takenori Wako)(Courtesy of JKA)(Kyodo)