Once an importer of "boys' love" media from Japan, Thailand has now brought the genre full circle with its growing range of dramas themed on romances between impossibly beautiful young men.

Known locally as "Y series" -- a reference to the Japanese term "yaoi" that refers to works featuring homoerotic relationships between male characters -- these homegrown dramas have been on the rise following the success of the 2016 Thai BL series "Sotus."

But it wasn't until the release of "2gether," a 13-episode series about two handsome college boys who go from being in a fake relationship to falling in love, that the flame for a boom in Japan was well and truly ignited.

The show, produced by Thai television production studio GMMTV Co., debuted in February 2020 and soon became a hit overseas due to the "stay-at-home" lifestyle brought on by the coronavirus pandemic. 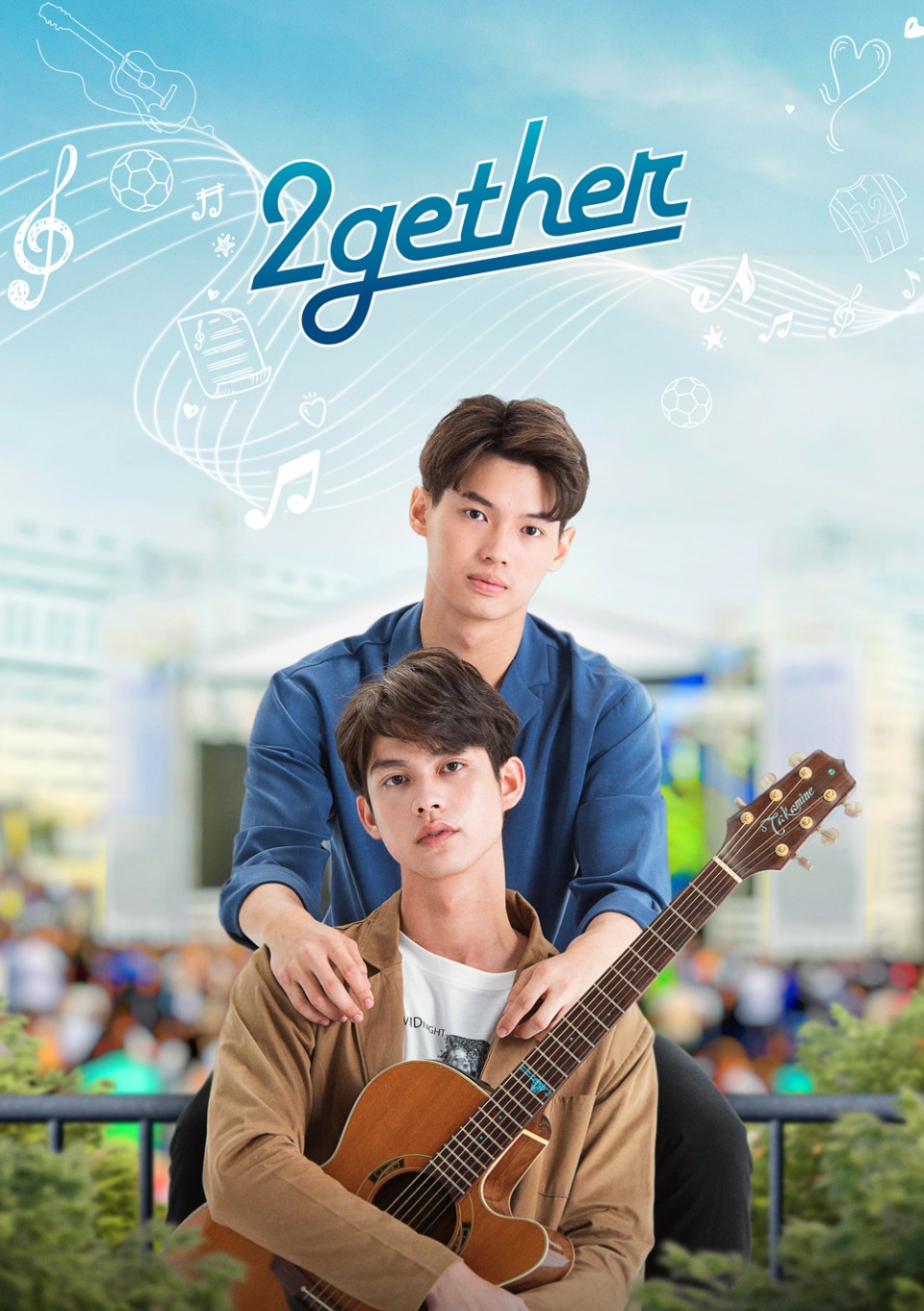 "One of the greatest draws (of the show) is that viewers can learn about a culture different to that of Japan, such as food and fashion," said a spokesperson for Contents Seven Co., a video licensing company that promptly acquired the Japanese distribution rights for "2gether."

While the Tokyo-based company had previously imported BL dramas from China and Taiwan, it decided to pick up its first Thai one when it saw potential in "2gether" even before it had aired. Through January, the series, which first streamed in Japan on Rakuten TV in July 2020, has been released on 13 domestic streaming platforms and aired on 10 TV stations.

Yui, a Japanese fan living in Bangkok, said she began watching Thai BL last May after hearing about its popularity in Japan. In no time, she was hooked.

"The first thing that attracted me to Thai BL was the beautiful faces of the actors. The more I watched, the more I found that the chemistry between the actors and their roles was so great that I was able to get emotionally involved," she said, adding that it also presented her with a perfect opportunity to learn the language.

Yui, who first moved to Thailand in 2012, recently collaborated with travel company H.I.S. Tours Co. to take fans on a virtual "pilgrimage" tour to locations in the Southeast Asian country where some scenes in "2gether" were set.

According to H.I.S. Tours, the online tour held on Feb. 11 attracted over 250 people, nearly 99 percent of them women, with those in their 40s and 50s making up over 76 percent of participants. The event was so well-received that plans for future Thai BL tours are already in the works.

"We came up with the idea for the tour as we felt many people would want to see the locations, even at a time when the coronavirus pandemic has made it difficult to physically visit (Thailand)," a H.I.S. Tours spokesperson said.

Japanese television and publishing companies have also jumped on board the Thai BL train. After announcing a business partnership with GMMTV in November 2020, TV Asahi held exhibitions in Tokyo and other major cities across Japan in collaboration with the studio throughout last year.

Meanwhile, major Japanese publishing company Kadokawa Corp. has been acquiring the rights to translate original Thai novels through its local subsidiary Kadokawa Amarin Co., officially launching its foray into Thai BL with the release of the Japanese edition of "Manner of Death" in January 2021.

Set in a fictional rural town in northern Thailand, "Manner of Death" depicts a romance between a forensic pathologist and a suspect in a murder case, offering a refreshing change from campus-based, vanilla themes typically used in Thai BL.

A drama adaption premiered on WeTV, the international streaming platform of Chinese IT giant Tencent Holdings Ltd., in November 2020.

The novel's original author Sammon, a doctor by day, said it was "beyond (her) imagination" to be recognized in Japan, a country that produced the manga she grew up reading and from which she draws inspiration in her works. 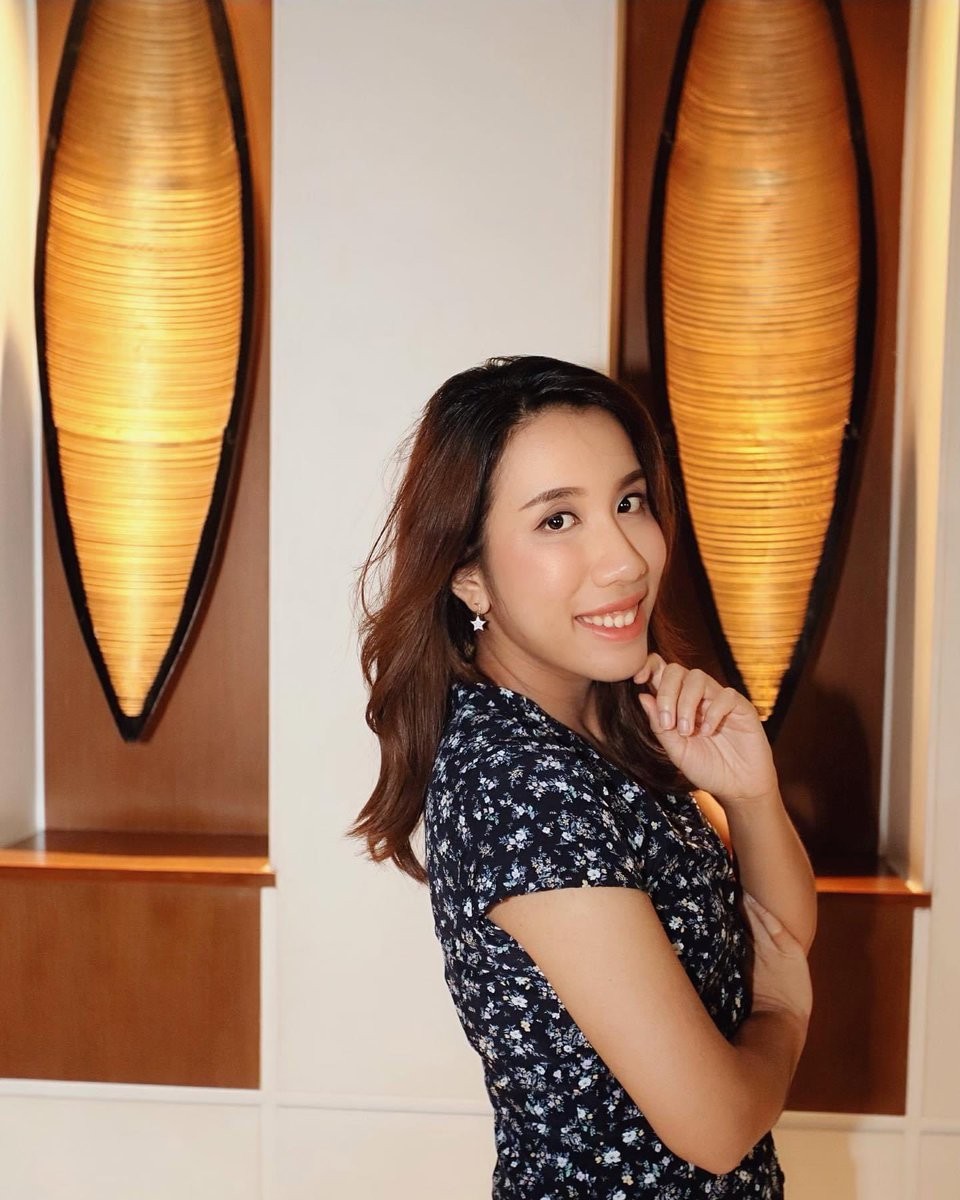 Sammon, the author of "Manner of Death" and other popular Thai "boys' love" novels. (Photo courtesy of Sammon)(Kyodo)

"I really love Japanese culture, and now we can send something back for Japanese people to be able to know Thai people and Thai culture. I am very happy, and very appreciative as a Thai person," she said, naming Ayano Yamane and Kou Yoneda as among her favorite Japanese BL manga artists.

"Manner of Death" also became one of the first Thai BL novels to be serialized into a manga by Kadokawa in March 2021, with Sammon working on the character designs with artist Yukari Umemoto.

"My dream is to go to a bookstore and to find my work, a Japanese 'Manner of Death' or 'Grab a Bite' (another of her BL novels) there, and then I will be so happy," she said.

The Tourism Authority of Thailand, which started a project to promote Thai BL in Japan in September 2020, hopes the trend will encourage more Japanese people to visit the country after the pandemic is contained.

"There are many people who started to become interested in Thailand through Thai dramas, and we hope they will come and experience the culture and charm of Thai culture for themselves once travel becomes easier again," an official of the agency said.