The U.S. administration of President Joe Biden on Friday vowed in its Indo-Pacific strategy to bolster its security and economic role to advance a free and open region, while building "collective capacity" with allies to counter China's growing assertiveness.

Among actions to be taken in the next 12 to 24 months, the Biden administration said it will reinforce deterrence against military aggression targeting the United States, its allies and partners, including across the Taiwan Strait, and expand its Coast Guard presence and cooperation in Southeast Asia.

Noting that China, through "coercion and aggression," is pursuing a sphere of influence in the region and is seeking to become "the world's most influential power," the document said, "The United States is determined to strengthen our long-term position in and commitment to the Indo-Pacific." 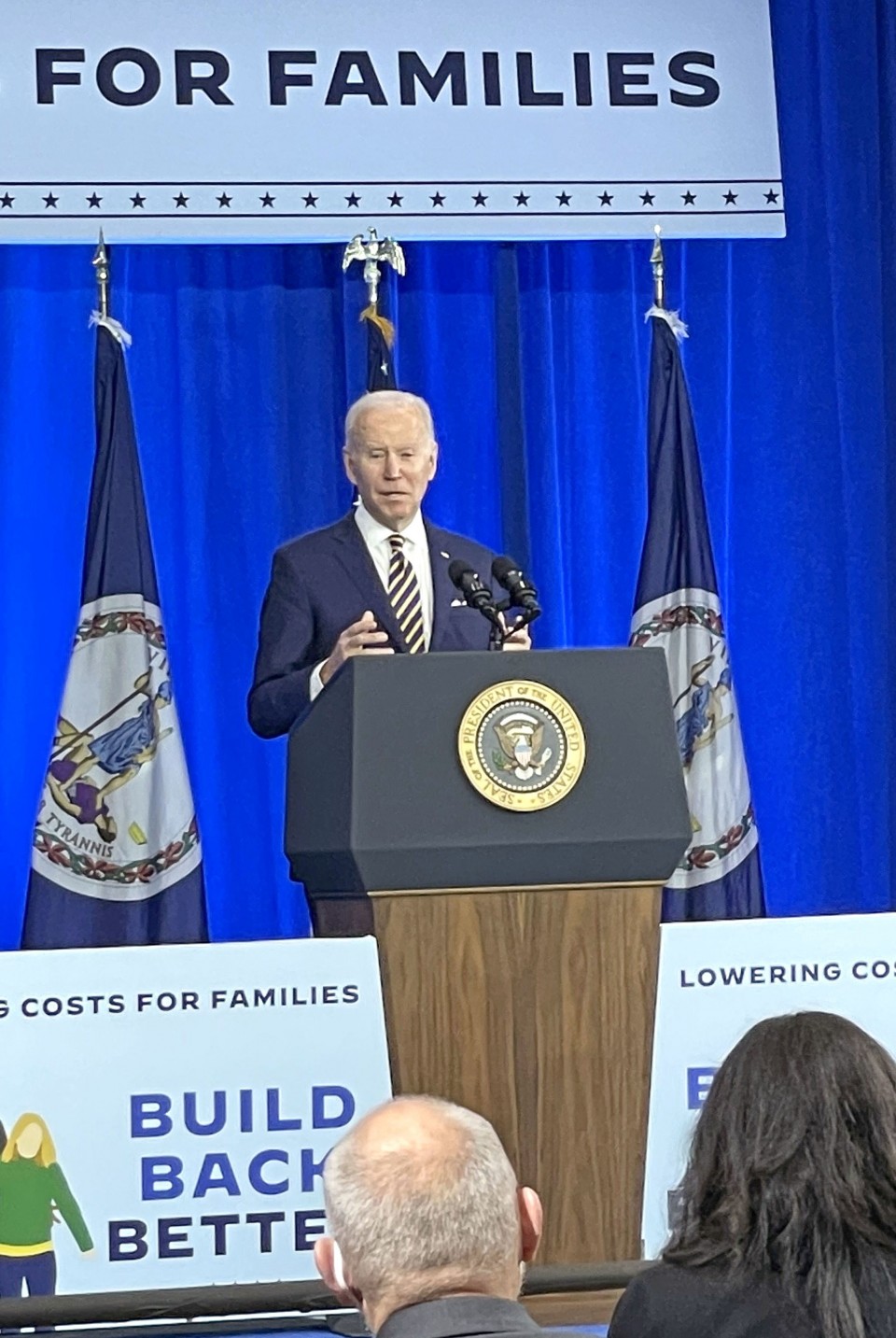 It also called for "unprecedented cooperation" with like-minded countries to achieve the strategy, saying collective efforts over the next decade will determine whether Beijing "succeeds in transforming the rules and norms that have benefited the Indo-Pacific and the world."

The release of the strategy is seen as part of the Biden administration's efforts to showcase its continued focus on the region, even while much attention is now apparently devoted to tensions in Europe over Russia's possible invasion of Ukraine.

Experts on Asia said the strategy still needs to be fleshed out in terms of the concrete steps that are required to implement it, but that it signals U.S. expectations toward Japan and other allies to take on a larger role in addressing concerns over Taiwan, a self-ruled island that Beijing hopes to bring back into its fold.

To build "collective capacity" with allies and partners to tackle the challenges in the region, the Biden administration said it will deepen five regional treaty alliances with Australia, Japan, South Korea, the Philippines and Thailand while reinforcing relationships with key regional partners such as India and Taiwan.

Expressing concerns over the pressure Taiwan is facing from China, the administration highlighted the need to work with "partners inside and outside of the region" to maintain peace and stability in the Taiwan Strait, including by supporting the island's self-defense capabilities.

The United States also encourages Japan and South Korea, whose relationship is marred by historical and territorial disputes, to strengthen ties with one another, the strategy said, noting that "nearly every major Indo-Pacific challenge" requires close cooperation particularly among the two key Asian allies.

The ties among the so-called Quad -- the United States, Australia, India and Japan -- will also be strengthened as a "premier" regional grouping to deliver on issues that matter to the Indo-Pacific, such as the coronavirus pandemic response and supply-chain cooperation, the strategy said.

The Biden administration will also expand U.S. Coast Guard presence and cooperation to the Pacific Islands in addition to Southeast and South Asia, with a focus on advising, training, deployment and capacity-building.

On the economic front, the Biden administration said it will launch in early 2022 an Indo-Pacific Economic Framework, which it describes as a partnership that will promote high standards of trade, govern digital economy, improve supply-chain resiliency and catalyze investment in high-standards infrastructure.

Acknowledging the "limitations" of U.S. ability to change China's assertive behavior, an administration official said the aim of the strategy is to "seek to shape the strategic environment around China" by building a balance of influence that is favorable to the United States, its allies and the interests and values they share.

On North Korea, which has recently stepped up its ballistic missile tests, the strategy reaffirmed the current U.S. stance to seek "serious and sustained dialogue" toward the goal of a complete denuclearization of the Korean Peninsula.

At the same time, the United States is strengthening its extended nuclear deterrence and coordination with Japan and South Korea to respond to North Korea's provocations, according to the strategy.

Riley Walters, an expert on East Asia and the Pacific at the Hudson Institute, said the strategy may be viewed as sufficient if the purpose was to recognize the importance of the Indo-Pacific and to lay out ways of cooperating bilaterally and multilaterally to deal with the challenges in the region.

But he added that it still "does leave a lot to be desired," touching on the lack of details including over the Indo-Pacific Economic Framework, an idea that was initially proposed in the fall and is seen as a key tool to fill in the gap in the U.S. absence in regional free trade agreements.

Daniel Russel, a former top U.S. diplomat for East Asia, pointed to the strategy suggesting that the peace and stability of Taiwan is a matter of "common interest," meaning that Japan and other allies have a role to play, compared with the "historical presumption" that the issue was attached to the United States alone.

"It makes clear that there is, and must be, a sort of a broader cohort in support of Taiwan's self-defense and in protecting the status quo," the vice president of the Asia Society Policy Institute said.

(Kylie Sertic contributed to this story.)