U.S. national security adviser Jake Sullivan on Friday warned that a possible Russian invasion of Ukraine could begin "any day now," including during the Beijing Winter Olympics taking place through Feb. 20.

"We are in the window when an invasion could begin at any time, should Vladimir Putin decide to order it," Sullivan told a press conference, while noting that the U.S. government is not saying that a final decision has been made by the Russian president.

"I will not comment on the details of our intelligence information, but I do want to be clear, it could begin during the Olympics, despite a lot of speculation that it would only happen after the Olympics," he added. 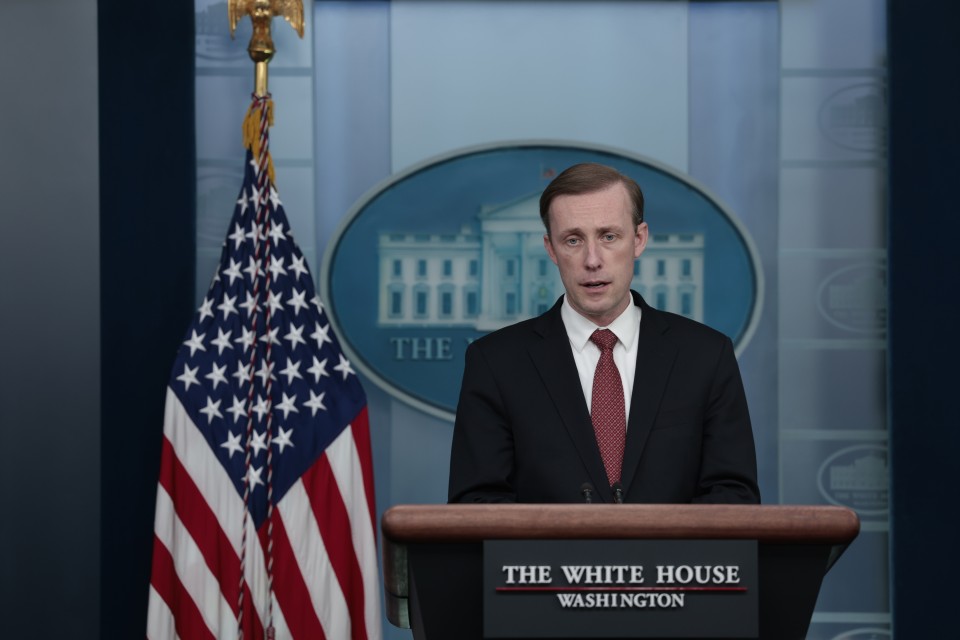 The remarks were the latest warning from the Biden administration about a further Russian incursion in Ukraine, following Moscow's annexation of Crimea in 2014. More than 100,000 troops are believed to be massed near Russia's border with Ukraine.

"Russia has all the forces it needs to conduct a major military action," Sullivan said.

Such a military action could take a variety of forms, including "very real possibilities that it will involve the seizure of a significant amount of territory in Ukraine and the seizure of major cities including the capital city," he added.

The United States is prepared to either pursue a diplomatic path should Russia choose to do so or work in lockstep with its allies to respond "decisively" by imposing heavy economic and financial sanctions in the event that Moscow resorts to military action, Sullivan said.