With the Beijing Winter Olympics and Paralympics approaching, International Paralympic Committee President Andrew Parsons has vowed to deliver a safe event amid the pandemic by making the most of lessons learned from the successful staging of last summer's Tokyo Games.

"I think we have learned a lot from Tokyo, and this will help us navigate through the situation, protecting the athletes and everyone involved," Parsons told Kyodo News in an online interview ahead of the March 4-13 Winter Paralympics. 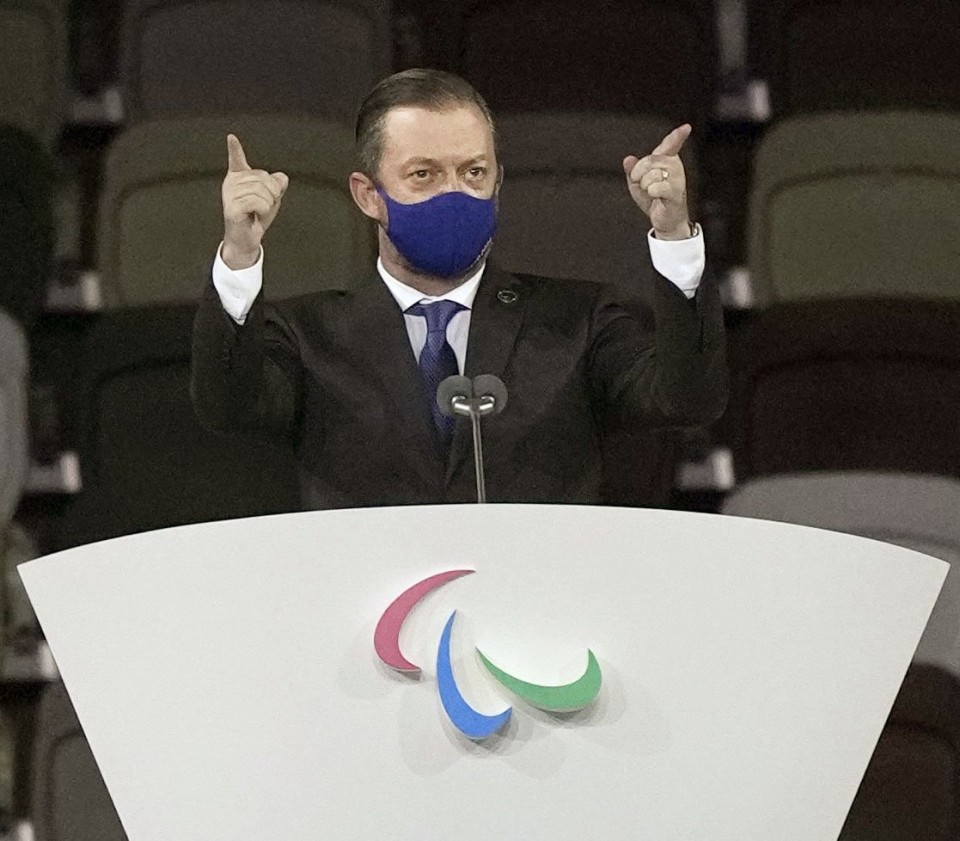 Parsons said the Tokyo Games were staged safely against the backdrop of rising coronavirus cases worldwide thanks to coordination between stakeholders and health experts, and he predicts similar success in Beijing.

"We all did it together, including (the World Health Organization) and all international experts, when it comes to protecting people involved in the games," he said. "I see the same level of commitment from the Chinese authorities."

Parsons, who was re-elected last month for a second four-year term, has stressed the need to be extra cautious about the new Omicron variant of the coronavirus, which was still unknown at the time of the Tokyo Games.

With the highly transmissible new variant spreading rapidly worldwide, China has locked down residents in three cities -- Anyang, Xian and Yuzhou -- due to COVID-19 outbreaks ahead of the Feb. 4-20 Winter Olympics.

In January, a group of infectious disease experts released the results of a study that concluded the summer sports spectacle did not turn into a superspreader event and that mass events can be held safely with appropriate countermeasures.

Standard public health measures, such as mask-wearing and hand hygiene, along with a comprehensive test, track and trace program and global vaccination effort, helped keep the pandemic at bay during the games, according to the independent expert panel studying the countermeasures.

The lessons from the Tokyo Games have informed planning for Beijing, which will operate under a closed-loop management system to keep games participants and people in China safe by reducing unnecessary interactions, according to the IPC.

The Tokyo Paralympics were held largely behind closed doors as part of countermeasures against the coronavirus pandemic, and Parsons said the spectator policy for the upcoming games has not yet been determined.

"At the end of the day, it is the decision to be made by the Chinese government. Of course, we always want to see spectators, but the first priority to have the games under the pandemic is safety, safety of all involved," he said.

"I think we had a very good example with Tokyo when we listened to the local authorities when it comes to public and spectator attendance," said Parsons, 44, while adding the Winter Games, which are smaller, have different characteristics than the Summer Games.

Regarding human rights issues in China and "diplomatic boycotts" by some countries sending athletes but not official government representatives, the IPC chief said politics and sports should not be mixed while recognizing that governments are entitled to make their own decisions.

"I don't want to see politics get the headlines over the athletes and what they achieve in the field of play," he said.

Japan will not send a government delegation to the Beijing Winter Games, a decision in line with a U.S.-led diplomatic boycott over China's human rights record, particularly in Hong Kong and the far-western Xinjiang region.