Sekiwake Mitakeumi scored an easy win to take the sole lead with a 7-0 record at the New Year Grand Sumo Tournament on Saturday.

Two wrestlers, yokozuna Terunofuji, who is seeking his third straight championship, and No. 6 maegashira Abi, are a win back at 6-1 in the 15-day meet at Tokyo's Ryogoku Kokugikan. 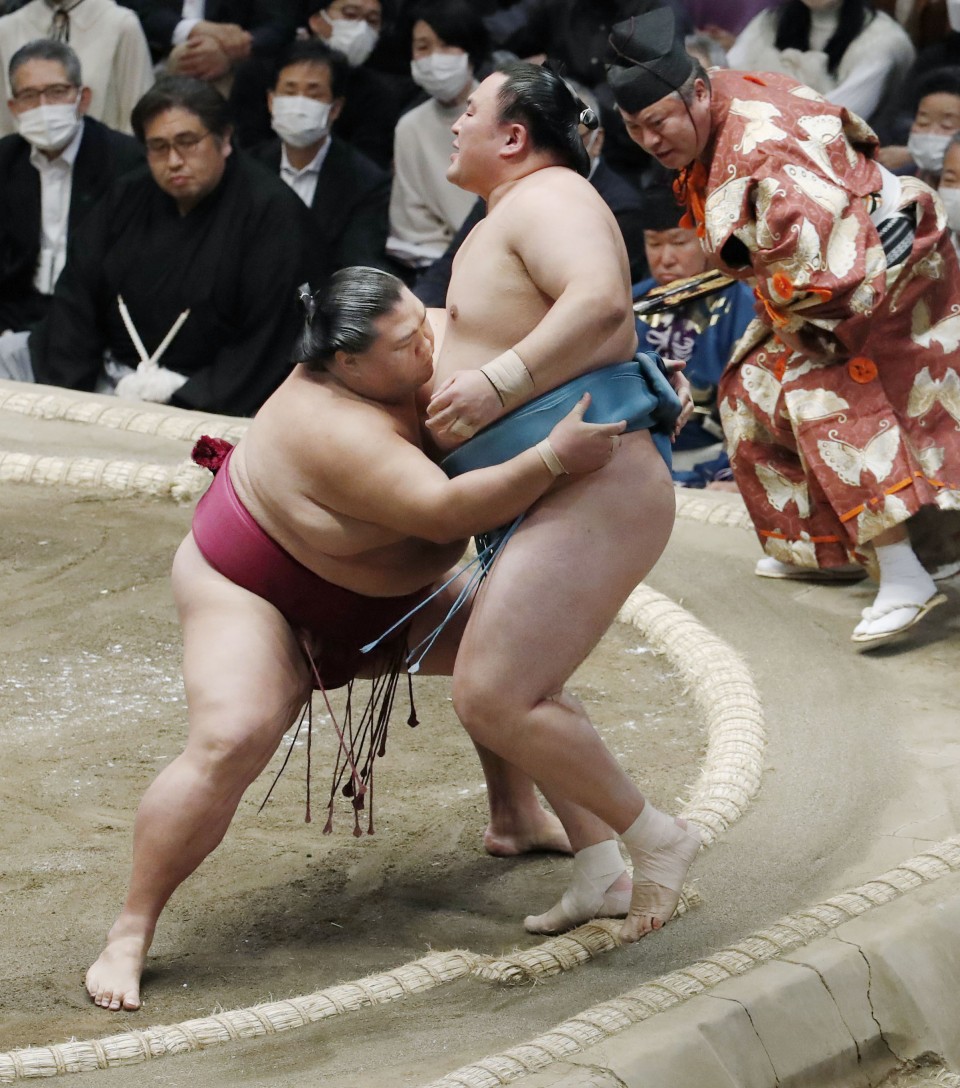 Chasing his third career championship, Mitakeumi was forced back at the get-go, but got a fistful of veteran No. 3 Tamawashi's belt in the process, shoved his opponent back across the straw and forced him out to his second loss.

A day after he handed Terunofuji his first defeat, Tamawashi fell to his 26th defeat in 29 career bouts against Mitakeumi. The sekiwake became sole leader after the seventh day's bouts for the first time since he won his maiden championship in July 2018.

"That's irrelevant," Mitakeumi said. "The only thing I want to think about is wrestling the way I need to."

Terunofuji bounced back from Friday's loss despite a tough challenge from No. 3 Endo. Charging forward more aggressively than he had so far in the tourney, Terunofuji was ambushed by his opponent, who seized a belt hold, pivoted back to his left and nearly shoved the yokozuna out from the side.

Endo, however, could not budge his larger opponent out and shifted his weight for a final shove. Just then, Terunofuji grabbed the maegashira's belt, spun him around and forced Endo over the straw.

"I was able to maintain my poise," Terunofuji said. "Yesterday was yesterday. I'm not thinking about it."

Abi, in top form since returning from a three-tournament suspension for violating coronavirus protocols in July 2020, paid the price for his reckless aggression in the form of his first defeat, losing to No. 5 Onosho (5-2).

As the two exchanged opening shoves and slaps, Abi pressed forward. But when Onosho recoiled from a blow to his throat, Abi found himself leaning too far forward. He lost his balance and was knocked down at the straw.

Komusubi Daieisho (3-4), the 2021 New Year champion, overpowered tricky No. 1 Wakatakakage (2-5) with a relentless series of shoves to the throat before thrusting him out. Fellow sekiwake Takanosho (4-3) outmaneuvered and thrust down hard-charging komusubi Meisei (3-4).

Crowd-pleasing No. 2 Ura (3-4) outfoxed yet another opponent, this time No. 4 Hokutofuji (3-4). With the two stalemated in balanced stances, Ura broke the deadlock by lifting Hokutofuji's left leg with his right hand, throwing him off balance and shoving him out.

Former ozeki Tochinoshin improved to 3-4, the Georgian No. 15 nearly falling victim to a rare "utchari" backward pivot throw. Standing on the straw bales, No. 10 Myogiryu (4-3) bent backward and hoisted his charging 1.91-meter opponent over his right shoulder and would have won had not the effort forced his own heels over the straw.

"I thought he was going to try an utchari, and I just lucked out," said Tochinoshin. 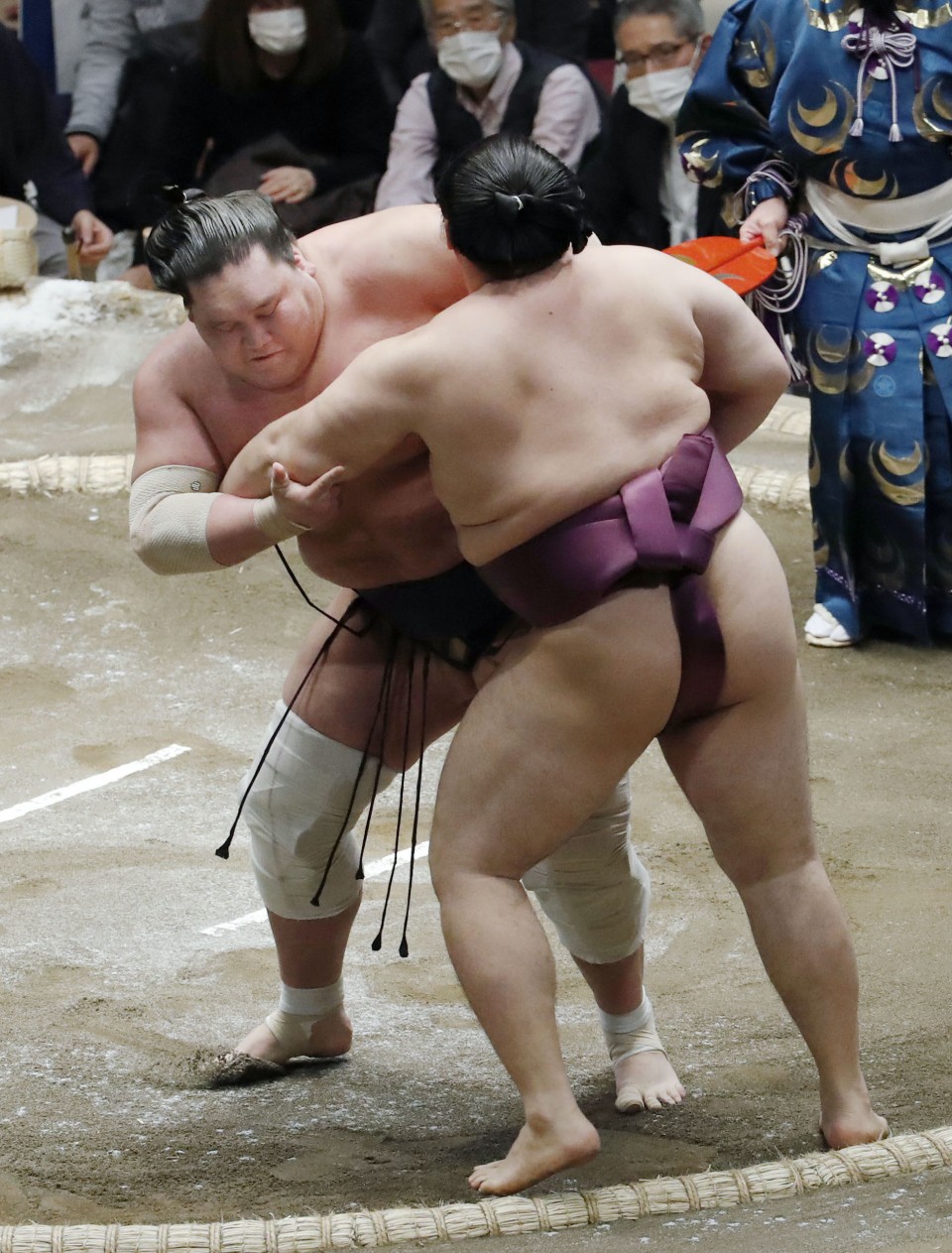