Kana Muramoto and Daisuke Takahashi secured the best result by a Japanese pair in ice dance on Friday when they came second at the Four Continents Figure Skating Championships in Tallinn, Estonia.

Takahashi, the men's figure skating bronze medalist at the 2010 Vancouver Olympics, and his partner Muramoto placed second in the free dance scoring 109.48 points and logged 181.91 in total having also come second a day before in the rhythm dance.

Caroline Green and Michael Parsons of the United States won with 200.59 after topping both segments and another American pair of Christina Carreira and Anthony Panomarenko placed third with 175.67. 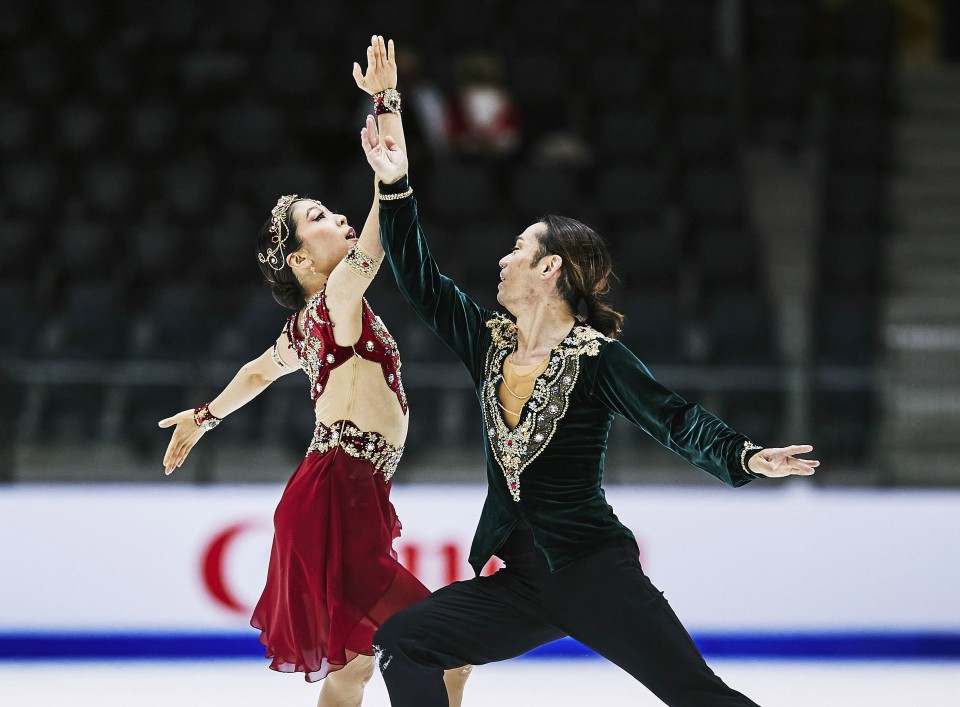 The Japanese pair produced the best performance by a Japanese duo in only their second season of formation, skating to "La Bayedere."

"Getting a result draws attention and interest toward this discipline. I'm happy we've become the catalyst for that," the 35-year-old Takahashi said. "A podium finish was beyond my imagination last season (when he started ice dance)."

"There's joy in becoming a silver medalist but there's frustration too. We'll take confidence from this heading into the world championships (in March)."

The pair missed out on a Beijing Olympic berth but their aim of a top-10 finish at the worlds is now a realistic target.

"It wasn't a satisfactory performance in either the rhythm dance or free dance but it is really pleasing to get the best result by a Japanese, even if there were some mistakes," said the 28-year-old Muramoto. "We feel we can do much more."

Kazuki Tomono sits second in the men's event after scoring a personal-high 97.10 in the short program. The 23-year-old landed two quadruple jumps, salchow and toeloop, in the process.

"I could put together a performance worthy of a pass mark despite having this sense of tension. I was simply happy," Tomono said.