Japan to administer COVID vaccine to children under 12 in March

Japan plans to expand the scope of COVID-19 inoculation to children under the age of 12, possibly in March, to cope with another wave of infections amid the rapid spread of the coronavirus Omicron variant, Prime Minister Fumio Kishida and other officials said Tuesday.

The government will reopen mass vaccination centers run by the Self-Defense Forces in Tokyo and Osaka in February at the earliest to administer third shots, Defense Ministry officials said.

By reopening the centers, which were set up in the two cities last year and administered a combined 1.96 million shots to those aged 16 or older, the government aims to give third shots to senior citizens at a faster pace and begin the booster program for others in March, earlier than previously planned, Kishida told reporters.

The government will use 18 million additional doses of U.S. biotechnology firm Moderna Inc.'s COVID-19 vaccine that it has agreed to procure.

Japan's health ministry gave fast-track approval last month to use Moderna's vaccine as a booster shot after giving the green light in November to administer Pfizer Inc.'s COVID-19 vaccine for the same use.

Pfizer has also applied to Japan's Ministry of Health, Labor and Welfare for approval of its vaccine, targeting younger people aged 5 to 11.

As for inoculating children under 12 years old, the government will proceed with the necessary approval steps to administer it to those who wish to receive the shots.

"Many young people and children have contracted the Omicron variant. I recommend that youth aged 12 or older who have yet to get vaccinated do so," Kishida said, referring to an analysis that finds there is a high chance of older people developing severe symptoms if the highly contagious variant spreads rapidly.

In the southern island prefecture of Okinawa, where infections have been surging, children and youth up to age 19 accounted for more than 20 percent of the total new COVID-19 cases reported on Monday.

In the United States, where hospitalizations of people aged 17 or younger have been rapidly increasing, the government decided to lower the target age for booster shots to children aged 12 or older from the initial target age of 16.

The vaccination steps, announced along with plans to further extend an entry ban on nonresident foreigners until the end of February, are part of government efforts to strengthen countermeasures against the highly transmissible Omicron variant.

Only about 870,000 people, or 0.7 percent of Japan's population, have received a third vaccine dose as of Tuesday. At present, medical workers and the elderly are eligible for the booster.

As for school entrance exams to be held ahead of the new academic year in April, Kishida called for securing examinees' opportunities to take tests. 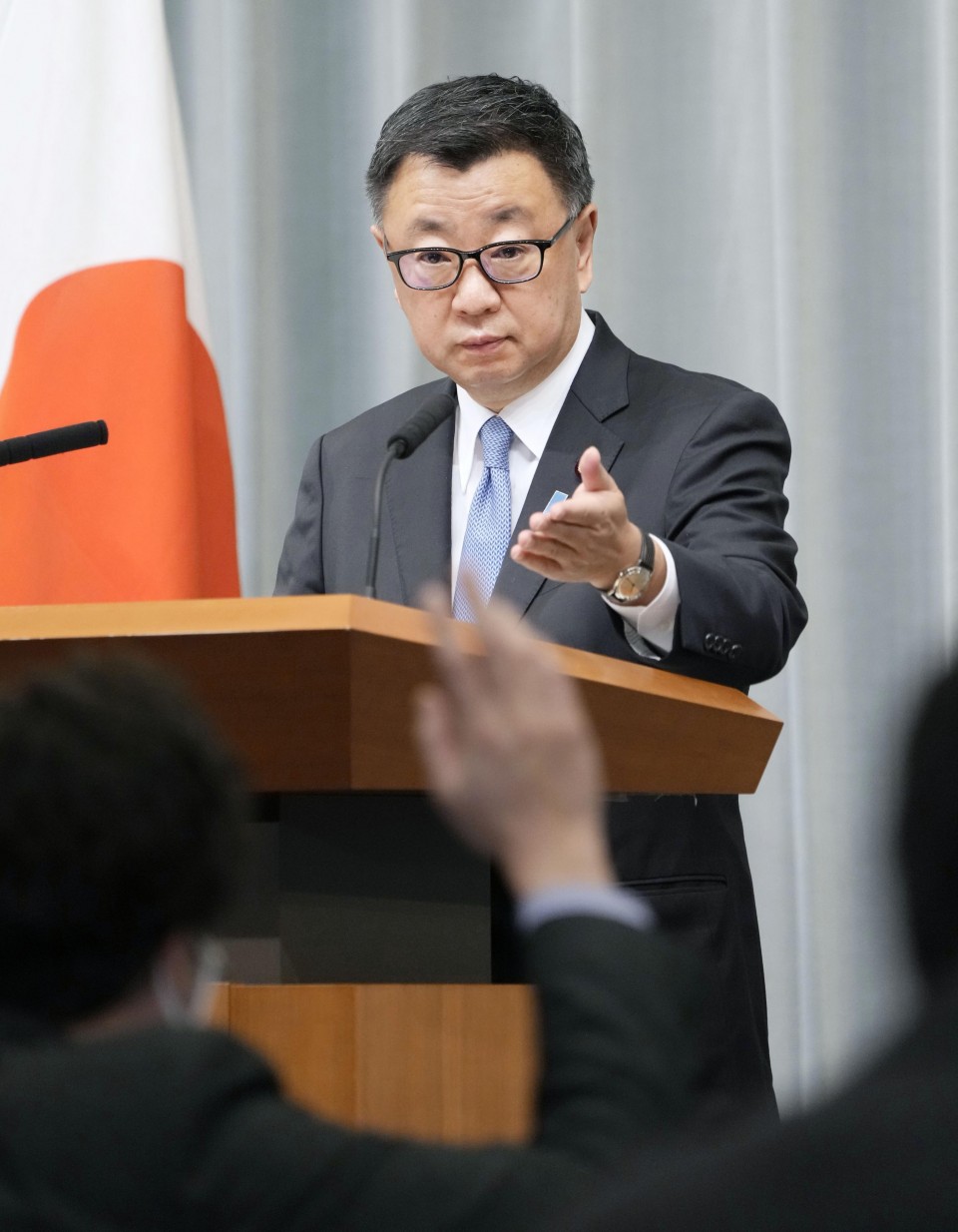 "I would like to seek flexible responses, such as allowing enrollment after April," he said. Chief Cabinet Secretary Hirokazu Matsuno said entrance after April would be allowed only at universities and other higher education institutions.

Kishida also said some 16,000 medical institutions in Japan can respond to coronavirus patients who recuperate at home or in accommodation facilities, saying the figure is "30 percent higher" than the government's plan.

He said the government will consider applying revisions to criteria for hospitalization for people infected with the Omicron variant to secure hospital beds.

The nationwide tally of COVID-19 infections topped 6,300 Tuesday, up more than fivefold from a week earlier.

The figure follows a four-month high of over 8,400 on Saturday, which marked an increase of over 10 times from the previous week.

On Sunday, quasi-emergency measures took effect in three Japanese prefectures hosting or neighboring U.S. military bases in response to surging infections that their governors say stem from the spread of the Omicron variant at U.S. facilities.

The government will dispatch 10 SDF nurses to health care facilities in Okinawa, one of the three prefectures, through next Monday, the Defense Ministry said, following a request by Okinawa Gov. Denny Tamaki.

Medical facilities in Okinawa have been affected by a staff shortage as many are forced to miss work due to infection or coming into close contact with those infected amid a surge in COVID-19 cases in the prefecture.