The Japanese government will further extend an entry ban on non-resident foreigners until the end of February, Prime Minister Fumio Kishida said Tuesday.

The ban has been in place since Nov. 30, after the country confirmed its first case of the highly transmissible Omicron variant of the coronavirus.

"The infection situations regarding Omicron are clearly different at home from abroad, so the framework (of the current border controls) will be maintained until the end of February," Kishida told reporters.

The government introduced the measures initially for about a month, barring entries by non-resident foreigners and requiring returning Japanese nationals and foreign residents to quarantine in government-designated facilities. 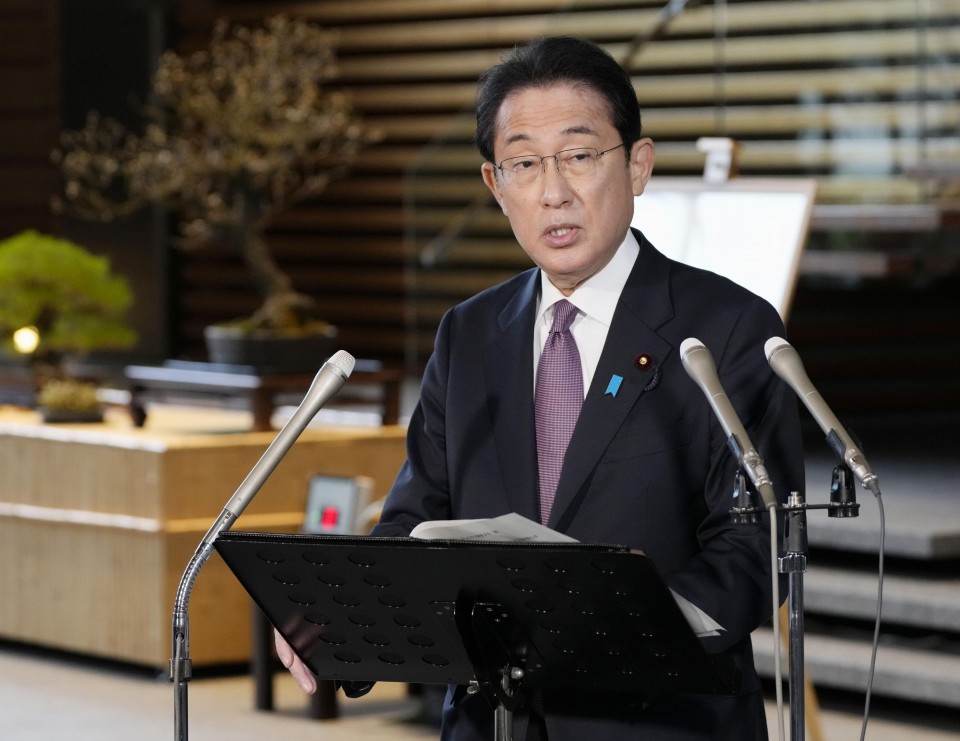 Japanese Prime Minister Fumio Kishida speaks to reporters at his office in Tokyo on Jan. 11, 2022. (Kyodo)

It has also put a cap on the number of those arriving in Japan at around 3,500 a day.

Among tourism, travel and retail businesses, some are strongly advocating for a good balance between border enforcement measures and the promotion of economic activities.

"We long for practical antivirus measures as well as the promotion of social and economic activities at the same time," said Shinya Katanozaka, president of ANA Holdings Inc., in a statement released amid a drastic reduction of international flights.

Meanwhile, others were resigned to the current situation where inbound tourism has been devastated by the ongoing pandemic for nearly two years.

"We hope (inbound tourists) will come back as soon as possible, but we cannot forecast the timing at all," said a public relations official of a major travel firm.

Prior to the outbreak of coronavirus infections, department stores in Japan had enjoyed large crowds of shoppers from overseas driven by the Lunar New Year holidays in January and February.

Currently, those department stores have shifted their focus to domestic shoppers to weather tough times.

"We believe the continuation of tighter border controls will not further affect our business," said an official of Isetan Mitsukoshi Holdings Ltd., the operator of 50 stores in Japan and overseas, while expressing concern some people may refrain from visiting the stores due to a resurgence of infections.

Japan has also banned the re-entry of foreign residents in the country who have been to 11 nations, including South Africa, within 14 days, but it will lift the restriction out of "humanitarian considerations," Chief Cabinet Secretary Hirokazu Matsuno told a press briefing.

After the current strict border restrictions were introduced in late November, Kishida said they would be extended "for the time being" past early January.

Kishida recently told a Fuji TV program that the government would decide whether to continue with the current border controls after the three-day weekend that ended Monday.