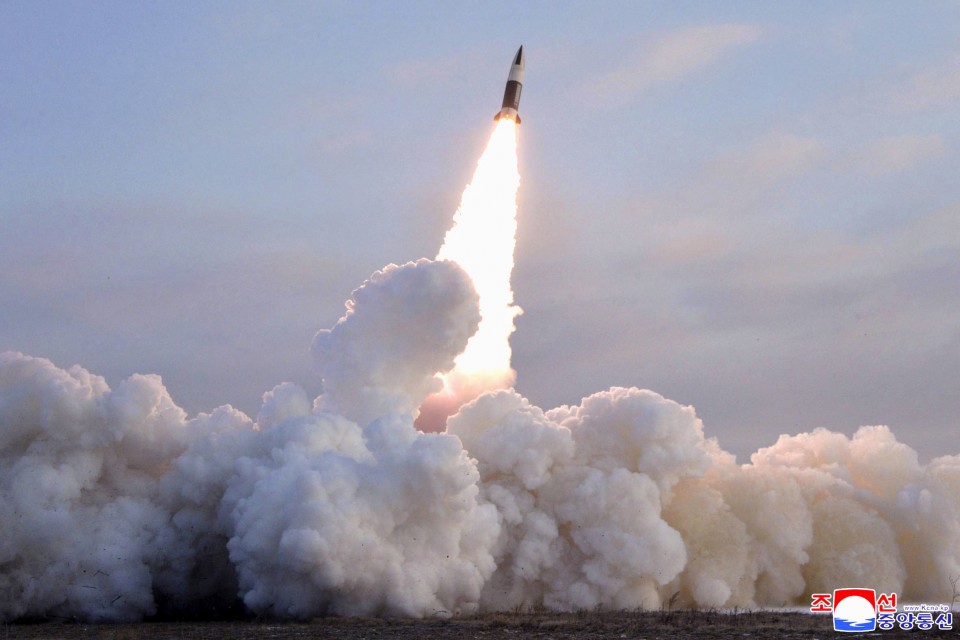 The projectiles were fired in an easterly direction from the area where Pyongyang's Sunan airport is located shortly before 9 a.m. on Monday, South Korea's Joint Chiefs of Staff said, adding they traveled about 380 kilometers and reached an altitude of around 42 km.

KCNA ran photos of the missiles launched Monday, regarded as a similar or updated version of the KN-24 test-fired in March 2020 -- a new type of short-range ballistic missile known to fly on an irregular trajectory.

North Korea has recently developed hard-to-intercept missiles with state-of-the-art technologies. Japan and South Korea have been wary of the possibility that the North could mount a nuclear warhead on such missiles.

"The two tactical guided missiles launched in the western area of the DPRK precisely hit an island target" in the Sea of Japan, KCNA said, referring to the acronym of the Democratic People's Republic of Korea, North Korea's official name.

The purpose of the latest test was to "selectively evaluate tactical guided missiles being produced and deployed and to verify the accuracy of the weapon system," it said.

South Korea's Yonhap News Agency on Monday quoted an informed source as saying that the missiles traveled at a top speed of Mach 5, or five times the speed of sound.

North Korean leader Kim Jong Un, who has often reportedly been present for tests of the country's missile capabilities, was not reported to have attended Monday's test.

Pyongyang test-fired what it says were newly developed hypersonic missiles on Jan. 5 and 11, while conducting a firing drill for a railway-borne missile regiment last Friday.

The Japanese Defense Ministry said North Korea has fired at least 100 projectiles since Kim became supreme leader following the death of his father and predecessor, Kim Jong Il, in December 2011.

During phone talks on Monday, senior officials from the United States, South Korea and Japan in charge of North Korean issues expressed "strong concerns" about Pyongyang's missile and nuclear development programs, according to the Japanese Foreign Ministry. 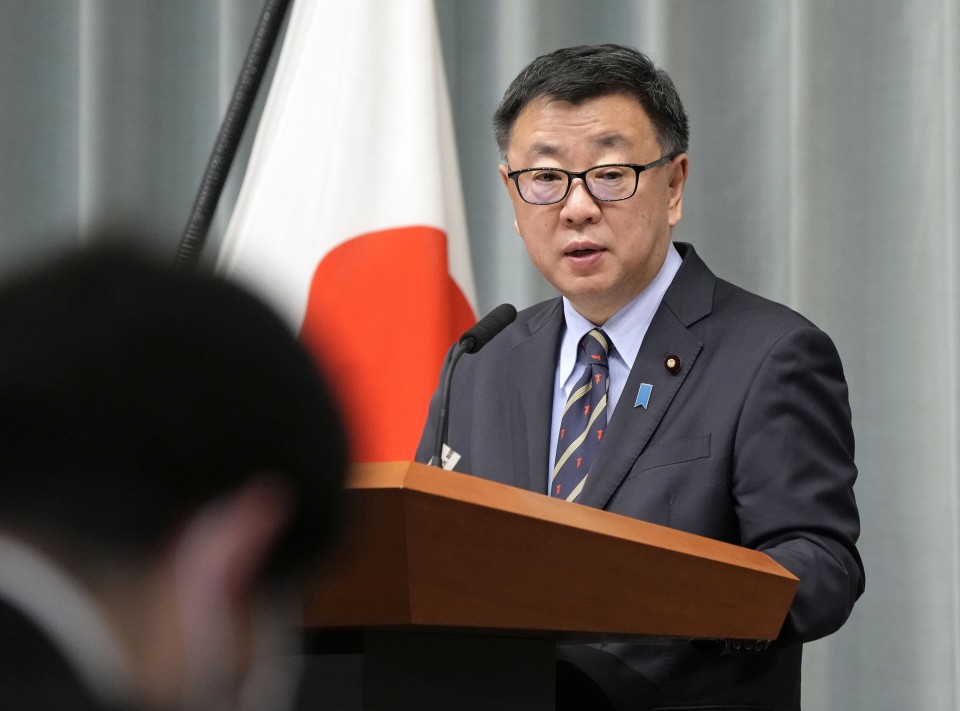