Former Japanese prime ministers Junichiro Koizumi and Naoto Kan called on the European Union on Thursday to pursue a path toward zero nuclear power, with the bloc planning to designate it as a form of "green" energy in achieving net-zero emissions by midcentury.

Both Koizumi and Kan were proponents of nuclear power generation while in office, but they have become prominent antinuclear voices in Japan since the 2011 Fukushima disaster triggered by a massive earthquake and tsunami. Kan was prime minister when the disaster struck northeastern Japan.

"As a result of the 2011 nuclear accident at the Fukushima Daiichi (plant), we've learned nuclear power was not safe, cheap and clean energy," said Koizumi, a reformer who held office from 2001 to 2006, during a press conference at the Foreign Correspondents' Club of Japan. 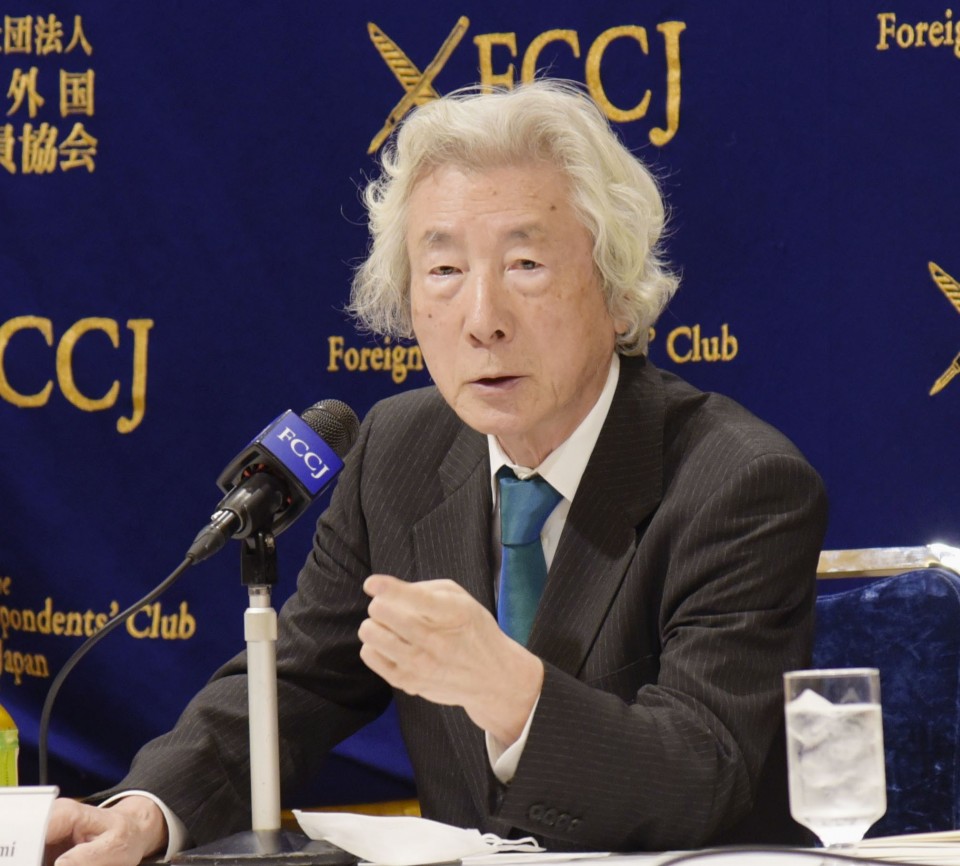 Former Japanese Prime Minister Junichiro Koizumi speaks at a press conference at the Foreign Correspondents' Club of Japan on Jan. 27, 2022, in Tokyo. (Kyodo)

"Even if we do not rely on nuclear power and not use fossil fuels, there are enough renewables to supply the needed power. This is true in Japan as well as other countries in the world," added Kan, who held office between 2010 and 2011.

In the EU classification to guide and mobilize private investment in activities necessary to achieve climate neutrality in the next 30 years, it is proposed that energy from nuclear fission and natural gas be labeled as "green."

The European Commission, the bloc's executive branch, believes there is a role for natural gas and nuclear power in transitioning toward a future based predominantly on renewable energy.

Some EU members such as Austria, Germany and Spain oppose or remain skeptical of the proposal, while France has led the drive for nuclear power to be included in the green category of the classification.

The regulation is expected to come into force in 2023, allowing for nuclear power and natural gas to join renewable energy on a list of technologies approved for private investment and EU financial support.

The two former leaders of Japan warned of the risks associated with nuclear power. 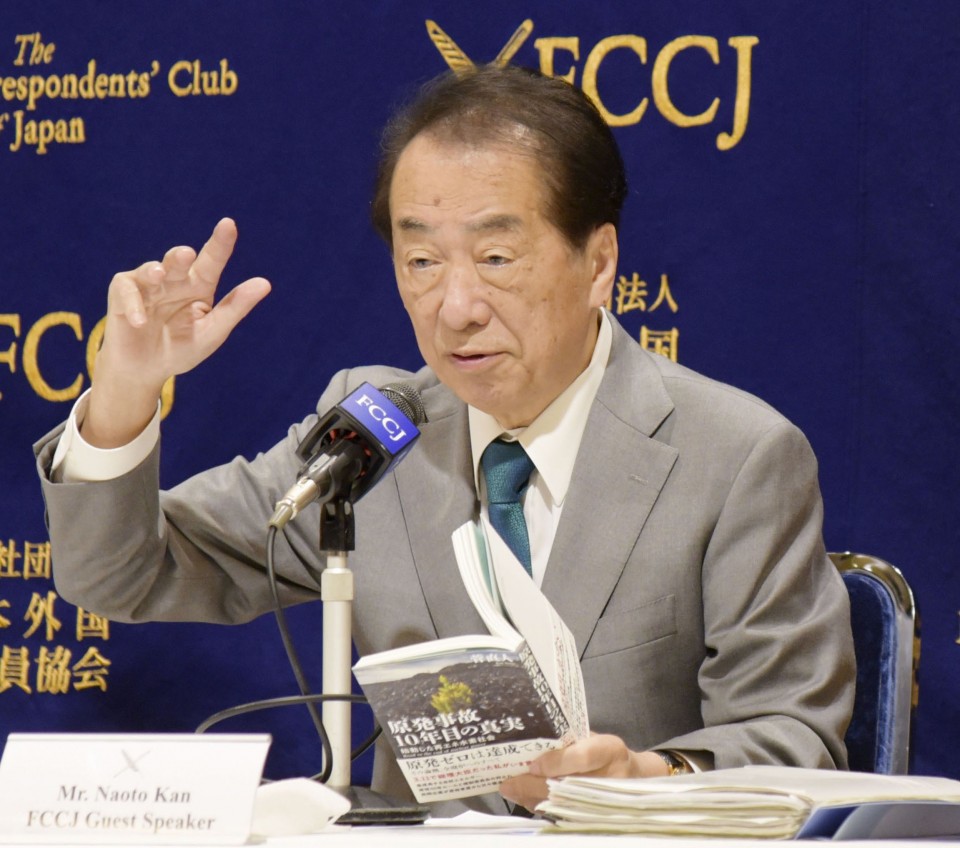 Former Japanese Prime Minister Naoto Kan speaks at a press conference at the Foreign Correspondents' Club of Japan on Jan. 27, 2022, in Tokyo. (Kyodo)

"At the time of the Fukushima accident, even Tokyo residents were close to having to evacuate. If such an accident were to occur in France, the residents of Paris would have to evacuate for as long as 50 or even 100 years," Kan said.

Considering the situation in France, which relies heavily on nuclear power as a baseload source, Koizumi pointed out that Germany is phasing out and Japan is reducing its reliance on atomic energy.

"Hopefully, it will help change the minds of the leaders of France (and other pro-nuclear power states)," said Koizumi, who owns a hydrogen-powered car.

"Japan needs to export renewable technologies to developing countries instead of nuclear power technologies since many of those countries are blessed with natural resources," Koizumi added.