Japan's Naomi Osaka reached the women's singles quarterfinals at the Melbourne Summer Set 1 on Thursday, easing past Maryna Zanevska of Belgium 6-1, 6-1 at her first tournament since playing in the U.S. Open in September.

Top seed Osaka, ranked 13th in the world, did not give her 82nd-ranked opponent a single chance to break in her second match at a warm-up event for the Australian Open, to be played also at Melbourne Park on Jan. 17-30. 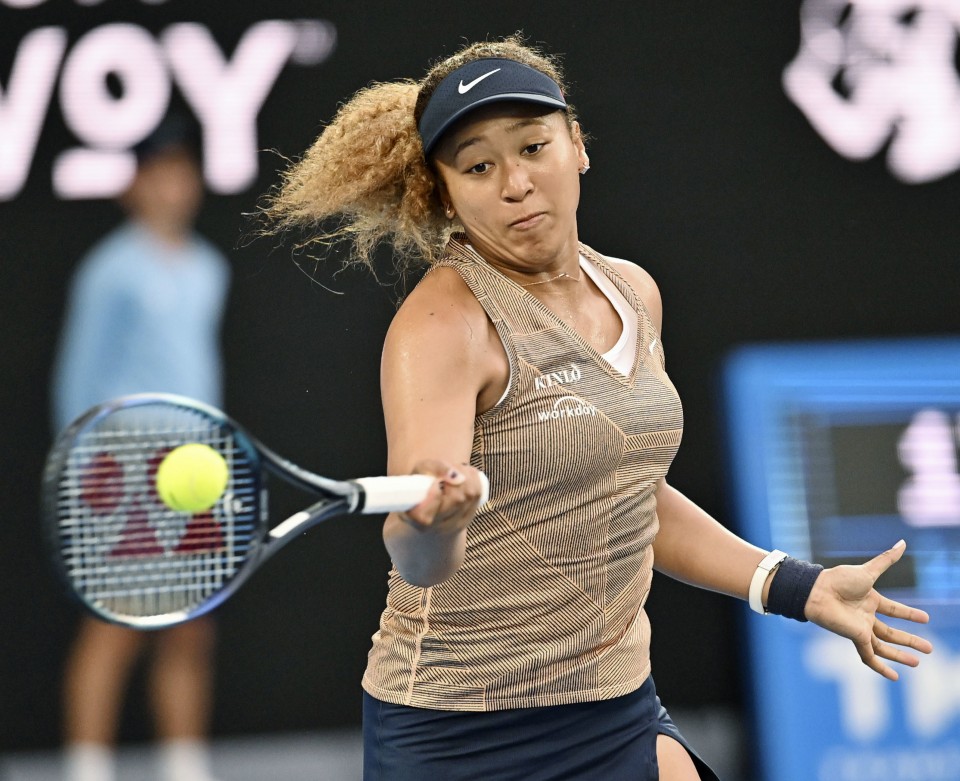 Naomi Osaka of Japan plays Maryna Zanevska of Belgium in the second round of the women's singles at the Melbourne Summer Set 1 on Jan. 6, 2022. (For editorial use only)(Kyodo)

The four-time Grand Slam champion represented Japan at the Tokyo Games last summer but lost in the third round, and also exited the U.S. Open at the same stage before announcing she was taking a break from the sport.

Osaka returned to the court on Tuesday when she beat Alize Cornet of France 6-4, 3-6, 6-3 in the first round. She will next face 75th-ranked German Andrea Petkovic.

Osaka won her first Australian Open title in 2019 before she claimed another last year.