North Korea said Friday it has decided not to participate in the upcoming Beijing Olympics and Paralympics, blaming the United States' attempts to prevent "the successful opening of the Winter Games."

Pyongyang also said the global spread of COVID-19 has motivated it to skip the sporting event. It did not send a team to last summer's Tokyo Games, citing the coronavirus pandemic.

The decision was conveyed to China in a letter from North Korea's national Olympic committee and sports ministry, state-run media said. 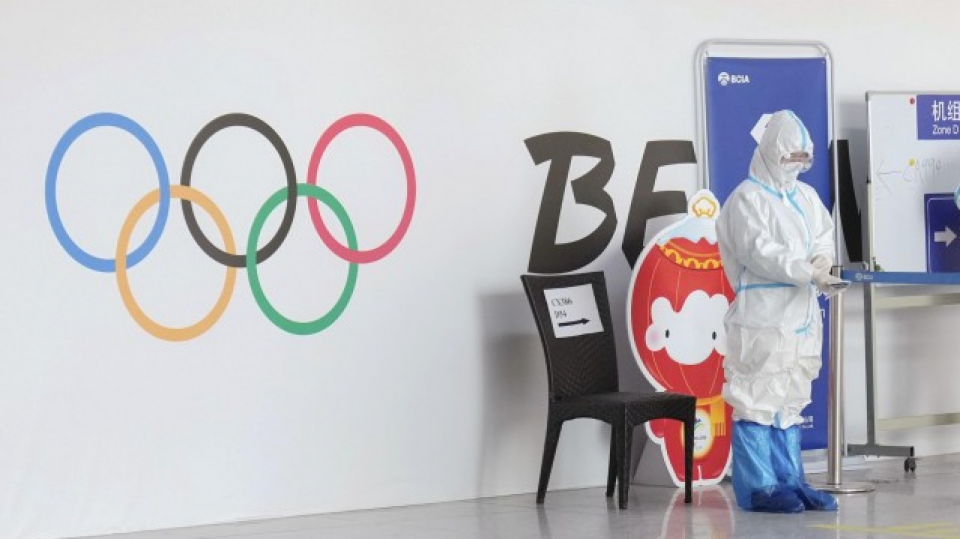 Officials wearing protective gear work at Beijing Capital International Airport on Jan. 4, 2022, amid concerns over the novel coronavirus ahead of the Beijing Winter Olympics starting next month. (Kyodo) ==Kyodo

Preparations for the Beijing Olympics, which open Feb. 4, are "being satisfactorily made thanks to the positive efforts" by the leadership under Chinese President Xi Jinping, the official Korean Central News Agency said.

"However, the U.S. and its vassal forces are getting ever more undisguised in their moves against China aimed at preventing the successful opening of the Olympics," KCNA said.

North Korea has rejected "those moves, branding them as an insult to the spirit of the international Olympic Charter and as a base act of attempting to disgrace the international image of China," the news agency quoted the country's organizations as saying.

But Pyongyang has also promised to work with China toward the success of the Beijing Games, according to KCNA.

North Korea used the Winter Olympics four years ago to improve ties with South Korea. Extending an olive branch to the South, leader Kim Jong Un said in his 2018 New Year's speech that Pyongyang would participate in the Pyeongchang Winter Olympics hosted by the South in February that year.

His younger sister and close aide, Kim Yo Jong, was part of a high-ranking North Korean delegation to the Olympics, becoming the first immediate family member of her grandfather and the country's founder, Kim Il Sung, ever to set foot in South Korea.

This time, the United States and some other nations such as Britain and Australia have announced a diplomatic boycott of the Beijing Olympics with criticism mounting over China's alleged human rights abuses.

In September, the International Olympic Committee banned North Korea from competing at the 2022 Olympics, saying the country failed to fulfill its obligation to send athletes to the Tokyo Games.

Nevertheless, the organization had opened the door for North Korean athletes to join the Beijing Olympics.

Foreign affairs experts said North Korea was believed to be eager to take the Beijing Olympics as an opportunity to interact with political leaders of other nations, but it may have given it up as some democratic countries will stage a diplomatic boycott.

North Korea cut land traffic to and from its neighbors -- China and Russia -- since early 2020 to curb the importation of the coronavirus, first detected in China's central city of Wuhan in late 2019.

Pyongyang has shown few signs it plans to fully reopen the border anytime soon as the highly contagious Omicron variant spreads across the globe, the experts said.

The nation's population is thought to be particularly vulnerable to infectious diseases due largely to chronic shortages of food and medical supplies triggered by economic sanctions designed to thwart its nuclear and ballistic missile ambitions.

North Korea barred the entry of foreigners during the 2003 severe acute respiratory syndrome, or SARS, epidemic and at the time of the Ebola outbreak in West Africa in 2014.